The Light Cities Are Being Formed…
A+ A A- 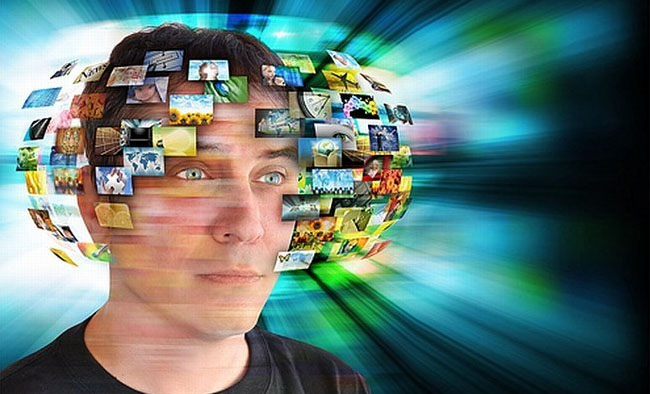 “When professionals broadcast one absurdity after another, they begin to see the effects are actually strengthening their own position of authority. It’s a revelation. It’s also a continuation of the tradition of the Trickster archetype. For example, with just a few minor adjustments, Brian Williams can be seen as the sly Reynard the Fox…” (The Underground, Jon Rappoport)

From the viewpoint of elite television news, controlling the minds of its audience depends on what’s politely called “cognitive dissonance”:

As the anchor recites a news story, the viewer sees an obvious hole through which he could drive a truck.

The story makes no sense, yet it’s being presented as bland fact. The trusted anchor clearly has no problem with it.

What’s the viewer to do? He experiences a contradiction, a “dissonance.”

For example, this year’s flu vaccine. The US government has admitted the vaccine is geared to a flu virus that isn’t circulating in the population. Therefore, even by conventional standards, the vaccine is useless. But the kicker is, the CDC says people should take the vaccine anyway.

The anchor relays all this information—and never seriously questions the situation, never torpedoes the government for recommending the vaccine.

The average viewer feels a tug, a pulse of discomfort, a push-pull. The vaccine story is idiocy (side one), but the trusted anchor accepts it (side two).

The top chiefs of news—and top propaganda operatives—anticipate cognitive dissonance. In a real sense, they want it to happen. They make it happen. Over and over.

Because it throws the viewer into a tailspin. And in that mental state, in his effort to resolve the contradiction, he will normally choose to…give in. Surrender. Believe in the anchor. It’s the easier path.

The viewer will even doubt his own perception. “I see no good reason for Building 7 to collapse, but the news doesn’t bring that up, so…it must be me.”

This is the power of the news. It presents absurdities and then moves right along, as if nothing has happened.

For the viewer, it’s the equivalent of: “Don’t you see that pile-up of smashed cars on the freeway, and the smoke? No? Oh well, it must be me. I guess I was wrong. There isn’t any pile-up.”

The introduction of contradiction, dissonance, and absurdity parading as ordinary reality is an intentional feature of brainwashing.

On the nightly news, the anchor reports that US government debt has risen by another three trillion dollars. He then cuts to a statement from a Federal Reserve spokesman: the new debt level isn’t a problem; in fact, it’s sound monetary policy; it strengthens the economy.

The viewer, caught up in this absurdity, tries to make sense of it, then gives up and passively accepts it. Brainwashing.

Smoothly transitioning from this story, the anchor relays information from the CDC: vaccination rates must achieve 90% in the population, in order to protect people from dangerous viruses. The viewer thinks, “Well, my daughter is already vaccinated, so if she comes into contact with a child who isn’t vaccinated, why would that be a problem for her? Why does 90% of the population have to be vaccinated to keep her safe? She’s already vaccinated.”

The viewer wrestles with this absurdity for a moment, then gives in and accepts what the CDC and the anchor are saying. More passivity. More brainwashing.

The anchor moves right along to the next story: “The US is experiencing one of the coldest winters in history, further evidence of the effects of global warming, according to scientists at the United Nations.”

The viewer shakes his head, tries to deal with this dissonance, surrenders, and accepts what he is hearing. Deeper passivity is the result. Deeper brainwashing.

On and on it goes, day after day, month after month, year after year, on the news.

The same general formula is used in interrogations and formal mind control. It adds up to disorientation of the target.

Most disoriented people opt for the lowest- common-denominator solution: give in; accept the power of the person of authority.

When it comes to the news, that person is the anchor, the narrator, the presenter of reality.

He sows the ground with seeds of dissonance. That is how he gains compliance from the viewer.

If the news anchor experiences moments of conscience and self-doubt, he can tell himself he is doing the work of a journalist: he’s presenting information obtained from reliable sources. If these sources are spouting contradictions and absurdities, so be it. “Nothing better is available.”

Among the many supporters of conventional news is the education system. Most teachers never learn logic, and they don’t teach it. The result? Their students never gain the ability or the courage to reject the news and its dissonances.

What little these students gain from 12 or 16 years of schooling they eventually sacrifice on the altar of consensus reality—as broadcast every night on the screen before them.

In the face of absurdities that never add up or make sense, they surrender their minds.

If you gain enough distance from the news and watch it every night and pick it apart and see every dissonance, you realize the news is utterly Surreal. However, it is sold as utterly Normal. That is its trump card—the ability to sell itself as the ultimate in Normalcy.

That is its greatest achievement: overcoming its deepest contradiction.

The author of two explosive collections, THE MATRIX REVEALED and EXIT FROM THE MATRIX, Jon was a candidate for a US Congressional seat in the 29th District of California. Nominated for a Pulitzer Prize, he has worked as an investigative reporter for 30 years, writing articles on politics, medicine, and health for CBS Healthwatch, LA Weekly, Spin Magazine, Stern, and other newspapers and magazines in the US and Europe. Jon has delivered lectures and seminars on global politics, health, logic, and creative power to audiences around the world.

Whatsapp
back to top
Thoughts on Power, Projected Identification (ie. racial slurs) & Right Relationship
5 New Age Myths Debunked
The Path to the Heart of the Universe

Council Of Overseers: Your DNA is YOUR FREQUENCY DEVICE

The Measurement Of Success - Teachings of The Masters