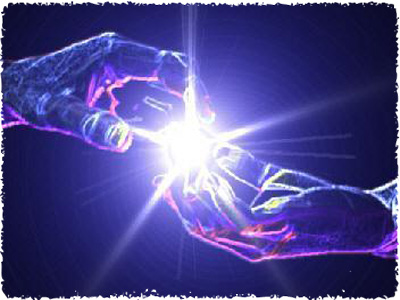 Therapeutic touch is a form of healing that uses a practice called "laying on of hands" to correct or balance energy fields. The word "touch" is misleading because there is generally no direct physical touch involved. Instead, the hands are moved just over the body. Therapeutic touch is based on the theory that the body, mind, and emotions form a complex energy field. According to therapeutic touch, health is an indication of a balanced energy field and illness represents imbalance. Studies suggest that therapeutic touch can help to heal wounds, reduce pain, and promote relaxation.

What is the energy field?

Although scientists have not detected a human energy field, the concept of an energy field is also a part of other types of healing. In the ancient medical systems of India and China, the energy field is described as life energy. It is thought to exist throughout the body and is responsible for maintaining normal physiological, psychological, and spiritual functions. In Traditional Chinese Medicine this energy is called qi (pronounced "chee"), and in India's Ayurvedic medicine it is called prana.

The history of therapeutic touch

Dolores Krieger, a professor at New York University School of Nursing, and Dora Kunz, a natural healer, developed therapeutic touch in the early 1970s. At first, Krieger and Kunz only taught the techniques to Krieger's graduate school nursing students, but Krieger's professional research and writing increased the popularity of the technique, particularly among nurses. The practice grew primarily through a grassroots effort of nurses throughout the United States. Today, therapeutic touch is taught at more than 100 hospitals and health centers worldwide and is most commonly practiced by nurses.

How does therapeutic touch work?

Scientists are not certain how therapeutic touch works. There are few studies, and scientific investigators have so far not detected the human energy field. Still, two theories have been put forward.

One theory is that the actual pain associated with a physically or emotionally painful experience (such as infection, injury, or a difficult relationship) remains in the body's cells. The pain stored in the cells is disruptive, and prevents some cells from working properly with other cells in the body. This results in disease. Therapeutic touch is thought to restore health by restoring communication between cells.

The other theory is based on the principles of quantum physics. As blood, which contains iron, circulates in our bodies an electromagnetic field is produced. According to this theory, at one time we could all easily see this field (called an aura), but now only certain individuals, such as those who practice therapeutic touch, develop this ability.

Before the session begins, you will be asked to sit or lie down. No undressing is necessary. Despite its name, therapeutic touch rarely involves physical contact between the therapist and the person being treated. Sessions can be broken down into four steps:

(1) Centering— the therapist becomes "centered" by using breathing, imagery, and meditation to achieve an altered state of consciousness for him or herself.

(2) Assessment— the therapist holds his or her hands 2 to 4 inches away from your body while moving from your head to your feet. This is done to assess the energy field surrounding your body. Therapists often describe feelings of warmth, coolness, static, and tingling over the areas of energy "congestion" or "blockage."

(3) Intervention— once a congested or blocked area is located, the therapist will move his or her hands in a rhythmic motion starting at the top of the blocked area and moving down and away from your body. This action, known as unruffling, is repeated until the therapist no longer senses congestion or until you begin to sense relief. The therapist will also visualize and transmit life energy to specific areas of your body, also intended to correct imbalances.

(4) Evaluation/Closure— once you've had a few minutes to relax, the therapist will ask you how you feel. He or she may recheck your energy field to be sure that no blockages were overlooked.

What is therapeutic touch good for?

Most studies indicate that therapeutic touch can relieve tension headaches and reduce pain, such as that associated with burns, osteoarthritis, or following surgery. It may also speed the healing of wounds and improve function in those with arthritis.

Together with medical treatment, therapeutic touch can help with many additional conditions such as the following:

Some people indicate that they experience emotional and spiritual changes after receiving therapeutic touch. These may include greater self-confidence, self-control, and self-understanding.

There is still controversy, however, as to whether the healing power of therapeutic touch has anything to do with the "laying on of hands." Critics suggest that the healing observed after therapeutic touch may be the result of the relaxing nature of the therapy itself and not the energy transfer that is believed to occur between the therapist's hands and the individual's body.

You may feel thirsty, lightheaded, and a need to urinate. Lightheadedness generally only lasts for 15 minutes after a session, but you may feel thirsty for days. According to some practitioners, if you were flooded with too much energy you might feel increased pain and be irritable, restless, anxious, or even nauseated. Therapeutic touch may also worsen fevers and active inflammation; therefore, it is best not to obtain therapeutic touch when you have either a fever or active inflammation (such as an acutely swollen joint from arthritis).

Some therapeutic touch practitioners recommend that children, the elderly, and very sick people be treated for only a short time. Although there is no actual touching involved with therapeutic touch, talk with your practitioner about what to expect from a session, particularly if you have been physically or sexually abused in your past.

What is the future of therapeutic touch?

While there appear to be many potential uses for therapeutic touch, particularly for chronically ill people, measuring the effectiveness of the technique is very difficult. Because of this, much of the research that exists has been criticized. Improved studies may lead to wider acceptance.