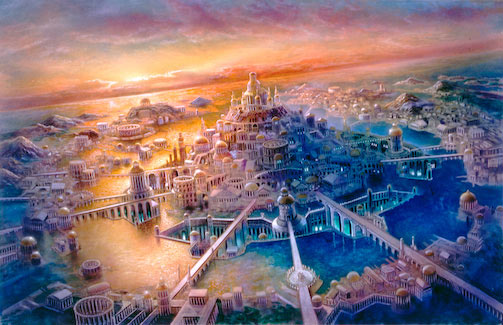 Atlantis (in Greek, Ἀτλαντὶς νῆσος, "island of Atlas") is a legendary island first mentioned in Plato's dialogues Timaeus and Critias.

In Plato's account, Atlantis was a naval power lying "in front of the Pillars of Hercules" that conquered many parts of Western Europe and Africa 9,000 years before the time of Solon, or approximately 9600 BC. After a failed attempt to invade Athens, Atlantis sank into the ocean "in a single day and night of misfortune".

Scholars dispute whether and how much Plato's story or account was inspired by older traditions. Some scholars argue Plato drew upon memories of past events such as the Thera eruption or the Trojan War, while others insist that he took inspiration from contemporary events like the destruction of Helike in 373 BC or the failed Athenian invasion of Sicily in 415–413 BC.

The possible existence of a genuine Atlantis was discussed throughout classical antiquity, but it was usually rejected and occasionally parodied by later authors. As Alan Cameron states: "It is only in modern times that people have taken the Atlantis story seriously; no one did so in antiquity". While little known during the Middle Ages, the story of Atlantis was rediscovered by Humanists in the Early Modern period. Plato's description inspired the utopian works of several Renaissance writers, like Francis Bacon's "New Atlantis". Atlantis inspires today's literature, from science fiction to comic books to films. Its name has become a byword for any and all supposed advanced prehistoric lost civilizations. 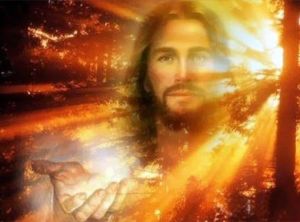 This time of transition on Earth brings many old things to the surface. Old energies emerge from times long gone by, times in which you were incarnate and had lives...

The Fall of Atlantis 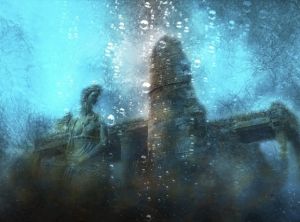 "The Fall of Atlantis" was the ending of one civilization and, eventually, the beginning of another civilization. It is important that we call remember that every civilization has a beginning, a... 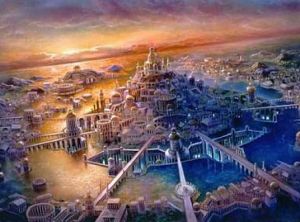 Lets start with a history lesson. Humanity was created around 200,000 years ago as the most advanced physical race in the Universe and traveled along their evolutionary path quite nicely... 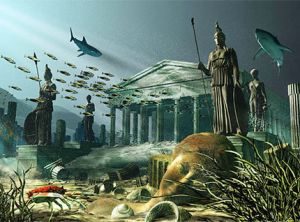 Some say it's in the Caribbean, some say at the South Pole, while others say it never existed at all. But an astonishing recent discovery off the coast of Cuba... 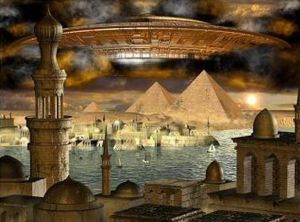 Edgar Cayce 1877-1945 The position as the continent Atlantis occupied, is that as between the Gulf of Mexico on the one hand -- and the Mediterranean upon the other. Evidences...

Edgar Cayce 1877-1945 Atlantis - Edgar Cayce Continues .... Q. Did the appearance of the five races occur simultaneously? A. Occurred at once. Q. Describe the earth's surface at the period of the... 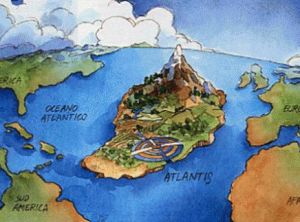 In recent years, genetic research has produced unexpected results that have opened the doors to many historical mysteries. The surprising outcomes have also provoked unintended controversy. The reasons that these... 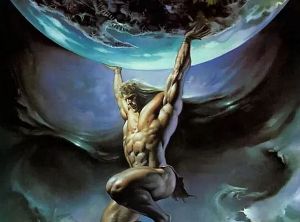 The Law of One & The Golden Age of Atlantis Edgar Cayce remains perhaps the most credible and genuine ‘channelers’ of the past 150 years. His medical readings and past life,... 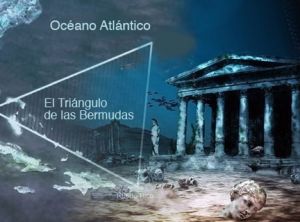 Perhaps eclipsing the tomb of Troy and King Tut discoveries is the discovery of Atlantis. Now, two daring scientists, Paul Weinzweig and Pauline Zalitzki, claim that they have found it. They discovered...

We have 877 guests and no members online