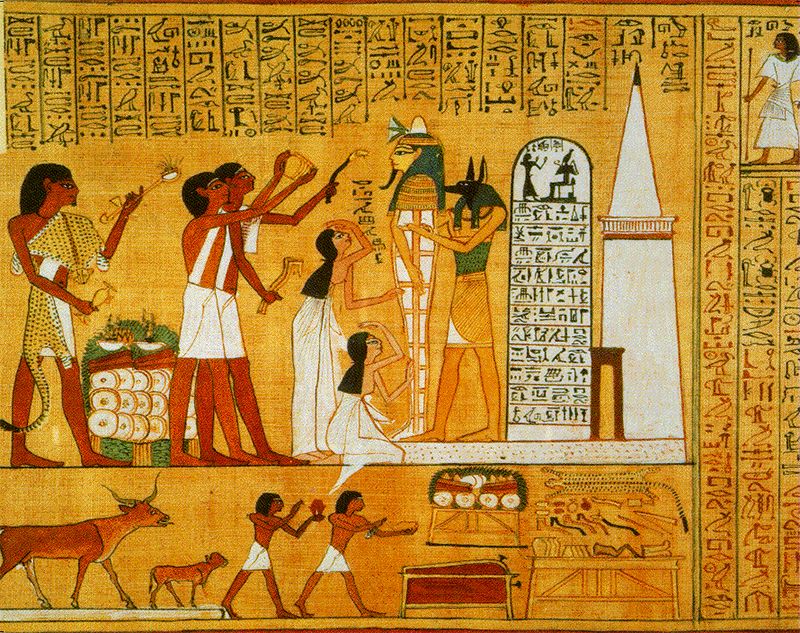 Egyptian mythology is the collection of myths from ancient Egypt, which describe the actions of the Egyptian gods as a means of understanding the world. The beliefs that these myths express are an important part of ancient Egyptian religion. Myths appear frequently in Egyptian writings and art, particularly in short stories and in religious material such as hymns, ritual texts, funerary texts, and temple decoration. These sources rarely contain a complete account of a myth and often describe only brief fragments.

Egyptian Mythology was the belief structure and underlying form of ancient Egyptian culture from at least c. 4000 BCE (as evidenced by burial practices and tomb paintings) to 30 CE with the death of Cleopatra VII, the last of the Ptolemaic rulers of Egypt.  Every aspect of life in ancient Egypt was informed by the stories which related the creation of the world and the sustaining of that world by the gods.

Papyrus of Ani; Egyptian Book of the Dead 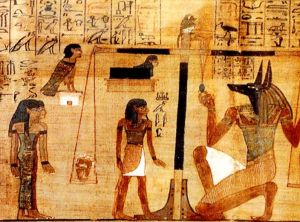 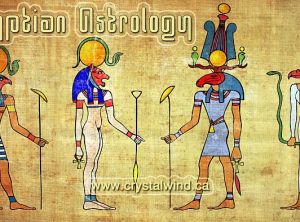 Egyptian astrology was one of the earliest forms of astrology. The Egyptians were fascinated by the stars and the planets and felt that they could help understand human beings better.... 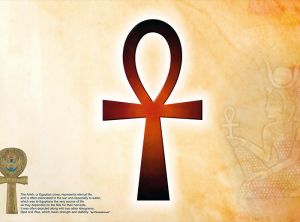 The Ankh The Ankh has long been associated with the Egyptians who presumably created it. Although it's true origins are debated amongst many archeologists and egyptologists. One thing is for sure,... 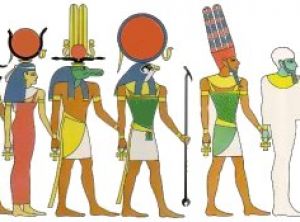 Human and semihuman forms of some of the chief Egyptian deities: 1) Horus, son of Osiris, a sky god closely connected with the king. 2) Set, enemy of Horus and...

Egyptian Gods of the Ogdoad 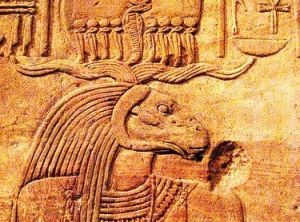 Egyptian Gods of the Ogdoad According to the myth, there was a watery mass of dark, directionless chaos was the only thing existed on earth before there was land. There were... 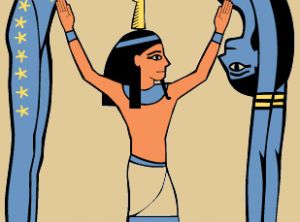 Egyptian Gods of Ennead Then Ra came into existance, born from a lotus flower that emerged from the waters. He spat out Tefnut; The goddess of moisture, and Shu; the God... 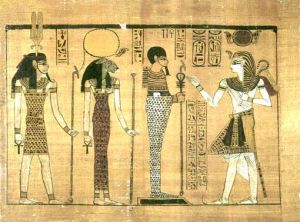 The Triad of Memphis Built by the kings of the First Dynasty, Memphis had been the capital city of Egypt around 3000 BC, after the unification of Upper and Lower Egypt....

Symbols and Myth at a glance 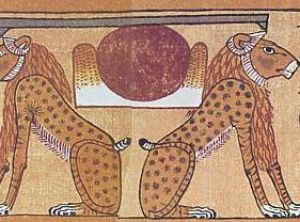 Egyptian Symbols and Mythology at a Glance 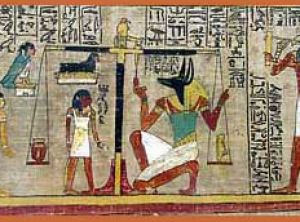 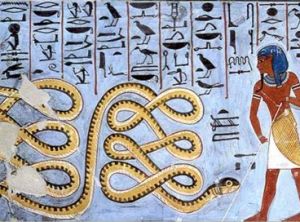 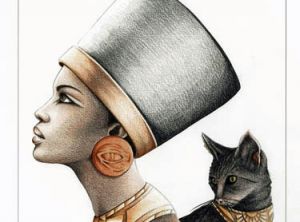 Bast, Goddess of Protection and Pleasure Bast, Egyptian goddess of sensual pleasure, protector of the household, bringer of health, and the guardian saint of firefighters -- she was the original mistress...

Hathor - The Great One of Many Names 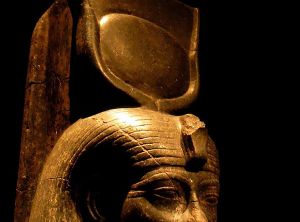 Hathor is one of the most ancient Egyptian goddesses. She was known as "the Great One of Many Names" and her titles and attributes are so numerous that she was...

Horus - God of Power and Widsom 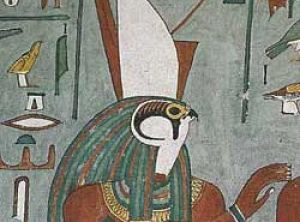 Horus - God of Power and Wisdom The deathless and timeless Egyptian god Horus symbolizes both power and wisdom. Worshiped in the form of the all-revealing 'eye', Horus is still very... 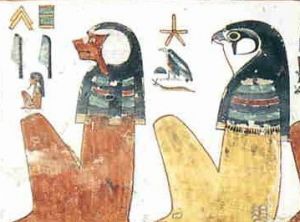 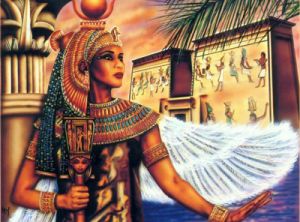 Isis, Egyptian Goddess of Magic and Giver of Life Isis, the Egyptian goddess of rebirth remains one of the most familiar images of empowered and utter femininity. The goddess Isis was... 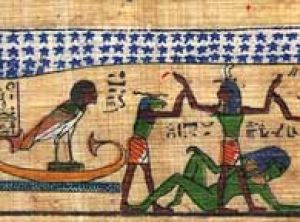 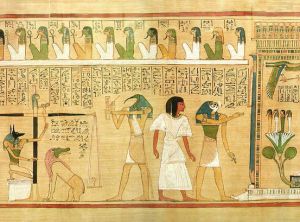 Osiris - The Ancient Egyptian God of the Afterlife Osiris is the Egyptian god of the afterlife. He is also known as Usiris, Asar, Aser, Ausar, Ausir, Wesir and Ausare. ... 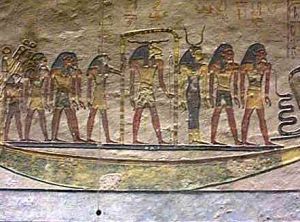 Set (Seth) - God of the Desert, Darkness and Chaos 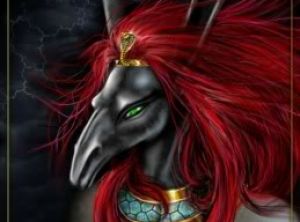 Seth – God of the Desert, Darkness and Chaos Set (Seth, Setekh, Sut, Sutekh, Suty) was one of ancient Egypt’s earliest gods, a god of chaos, confusion, storms, wind, the desert... 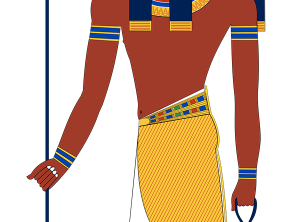 Thoth was one of the earlier Egyptian gods, thought to be scribe to the gods, who kept a great library of scrolls, over which one of his wives, Seshat (the...

The Story of Re 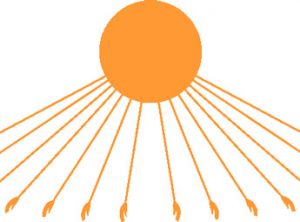 The Story of Re “there arose out of the darkness a great shining egg, and this was Re.”

The Story of Isis and Osiris 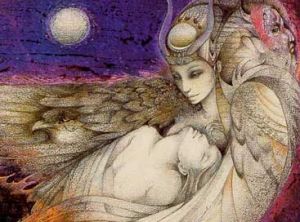 The Story of Isis and Osiris In the days before Re had left the earth, before he had begun to grow old, his great wisdom told him that if the goddess... 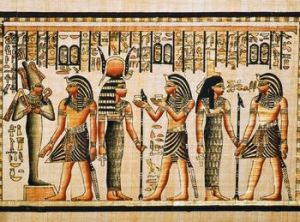 We have 920 guests and no members online