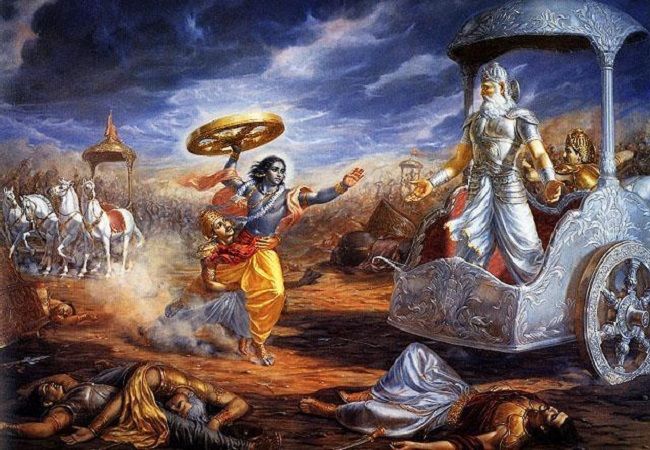 Hinduism is the oldest belief system in the world. It is the only ancient religion that is alive even today, millennia after it originated in the heart of the sub-continent. Ancient Indians practiced the Sanatan Dharma, and to this day, millions of Hindus all over the world, continue to believe in the polytheistic pantheon worshipped by their ancestors.

Over the eons, Hinduism has developed into a highly personalised religion with very few restrictions as each person is allowed to look for his own path to reach the Almighty. One has to listen to his own voice of conscience - the God within - to decide what is right for him. The only requirement to be adhered to is to follow the path of Truth for as the Hindus believe, Good always triumphs over Evil.

Life Lessons From Lord Krishna That Everyone Should Learn 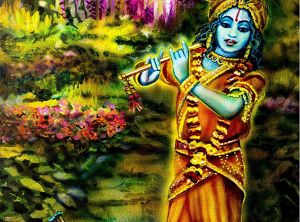 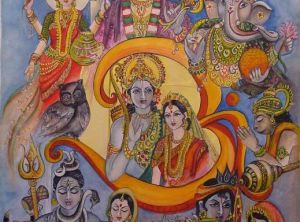 Rig Veda - lore of the verses, enumerates numerous Vedic Gods. Vedic priests believed in ceremonies and rituals, which were offered to appease these Gods. No one Vedic God has... 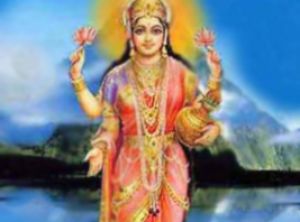 Prithivi Mata - The Earth Mother In early Vedic Times Prithivi, or earth, was worshiped as a fertility god in conjunction with her divine husband Dyaus, the sky. At that time... 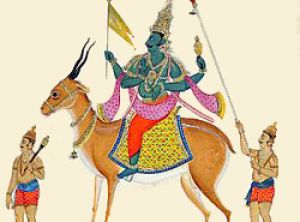 Vayu, The Wind God Vayu is the Hindu god of wind. In Vedic times he was much revered as one of the Hindu Triad. After that age, in the Brahmanic era,...

Parjana, The Rain God Parjanya is the Hindu God who gives rainfall thereby leading to abundant food and other crops for people to consume. Parjanya dominates thunderstorms and monsoons. There are... 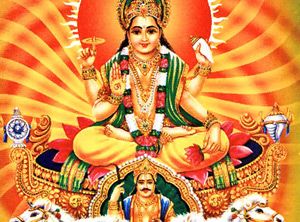 Surya, The Sun God In India, Surya corresponds to the Greek Helios - he is the special god who dwelt in the body of the sun. Surya is described as the... 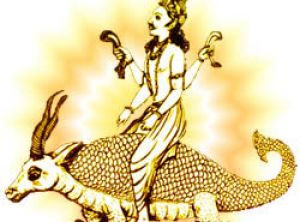 Varuna, The God of Oceans Though he only has about a dozen hymns addressed to him in the Rig Veda, Varuna seems to be one of the most important of the... 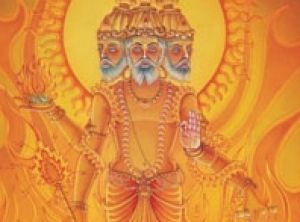 Agni, The Fire God Agni is one of the most important of the Vedic gods. He is the god of fire, the messenger of the gods, the acceptor of sacrifice. Agni... 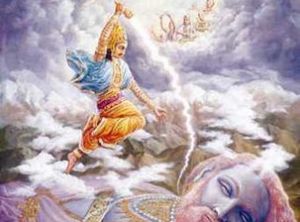 Indra, The War God In Vedic times, Indra was the supreme ruler of the gods. He was the leader of the Devas, the god of war, the god of thunder and... 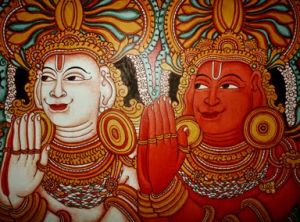 Aswins - The Twin Dieties The Aswins are the twin sons of Surya, the sun god, and are horsemen born of a nymph who turned herself into a mare to seduce... 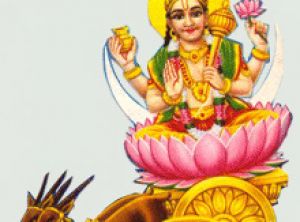 Soma / Chandra, God of the Moon Chandra was the original Indian god of the moon who was later merged with Soma. He was white in color, and drove the moon... 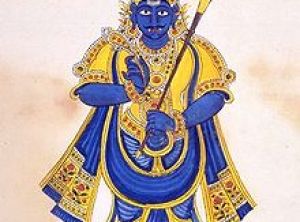 Yama, The God of Death Yama is the much-feared Hindu god of death who lives in his gloomy palace Kalichi situated somewhere in the nether regions or the Hindu Patala. He... 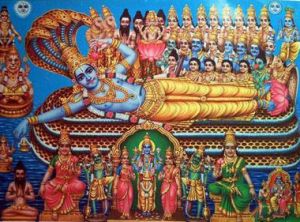 This is not the first world, nor is it the first universe. There have been and will be many more worlds and universes than there are drops of water in... 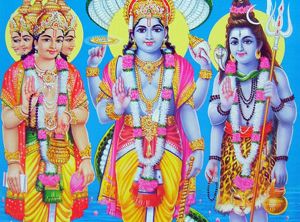 Brahma - Creator of the Worlds Within the Hindu trinity of Brahma, Vishnu and Shiva, Brahma is the creator, Vishnu the preserver and Shiva the destroyer. Nevertheless, Brahma grew in a... 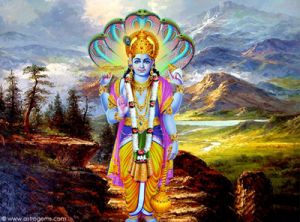 Vishnu - Preserver and Protector of Worlds Vishnu is the second god in the Hindu triumvirate (or Trimurti). The triumvirate consists of three gods who are responsible for the creation, upkeep... 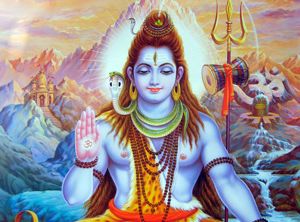 Shiva - The Destroyer Shiva is the third god in the Hindu triumvirate. The triumvirate consists of three gods who are responsible for the creation, upkeep and destruction of the world.... 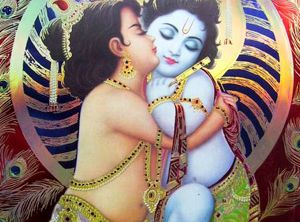 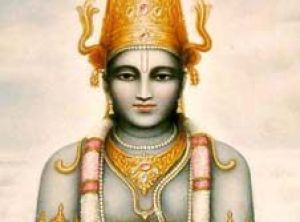 Dhanwantari - Father of Ayurveda Dhanwantari is the physican of the gods, the promulgator of the Ayurveda. Dhanwantari arose at the time of the churning of the ocean of milk, holding the... 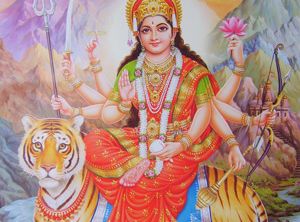 Durga - The Invincible Durga is an incarnation of Devi or the Mother Goddess, a unified symbol of all divine forces. For Shaivas Durga is the wife of Shiva. For Vaishnavas...

Ganesh - The Lord of the Hosts

Ganesh - The Lord of the Hosts In Hinduism, Ganesha refers to the "lord of the hosts," also spelled as Ganesa and Ganesh, often also referred to as Ganapati - and... 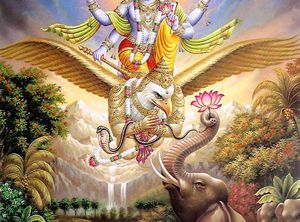 Garuda - King of the Birds Garuda is the king of the birds and often acts as a messenger between the gods and men. Garuda has the head, wings, talons and... 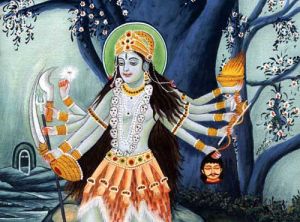 Kali - Fearful Goddess with a Heart of a Mother By Subhamoy Das The love between the Divine Mother and her human children is a unique relationship. Kali, the Dark Mother... 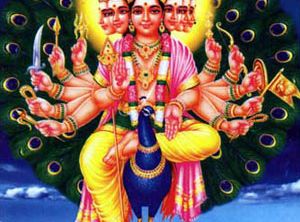 Kartikay - Son of Shiva Kartikay is a son of Shiva and brother to Ganesha. While Ganesha symbolizes a spiritual attitude, Kartikay is the scientist of the gods. Kartikay bears 31... 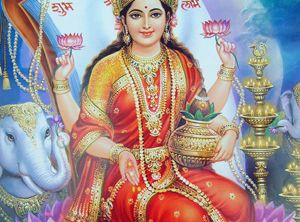 Lakshmi, Goddess of Light and Beauty Lakshmi was the daughter of the sage Bhrigu and took refuge in the ocean of milk when the gods were sent into exile. Lakshmi was... 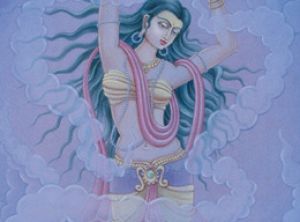 In Hindu mythological literature, Maya has been described in many contexts. Apart from Maya Shakti, Maya also stands for a demon that was the architect of the demons and the... 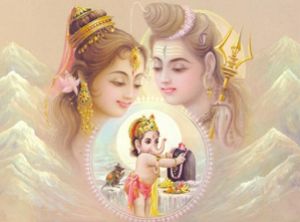 Parvati, Goddess of Love and Devotion The goddess Parvati is one of the many forms of Shakti, the unknowable but enlivening feminine force in Hindu mythology, the feminine energy of the... 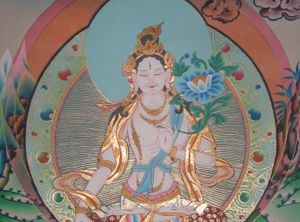 Tara, Goddess of Peace and Protection Goddess Tara is probably the oldest goddess who is still worshipped extensively in modern times. Tara originated as a Hindu goddess, a Great Goddess --...