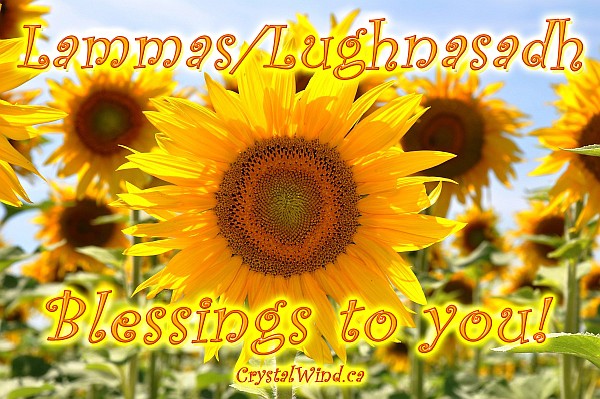 Although in the heat of a Mid-western summer it might be difficult to discern, the festival of Lammas (August 1st) marks the end of summer and the beginning of fall. The days now grow visibly shorter and by the time we've reached autumns end (October 31st), we will have run the gamut of temperature from the heat of August to the cold of October.

"Lammas" was the medieval Christian name for the holiday and it means "loaf-mass", for this was the day on which the loaves of bread were baked from the first grain harvest and laid on the church altars as offerings. It was a day representative of 'first fruits' and early harvest.

Lammas marks the middle of summer and the beginning of the harvest season. Lammas is considered a time of thanksgiving and is the first of the three Pagan harvest festivals. The Sun's strength begins to wane and the plants of spring begin to wither and drop their fruits or seeds for our use as well as to ensure future crops. At this time, we become conscious of the sacrifice the Sun God is preparing to make. We experience a sense of abundance at the same time we begin to feel an urgency to prepare for the death of winter. First grains and fruits of the Earth are cut and stored for the dark winter months. 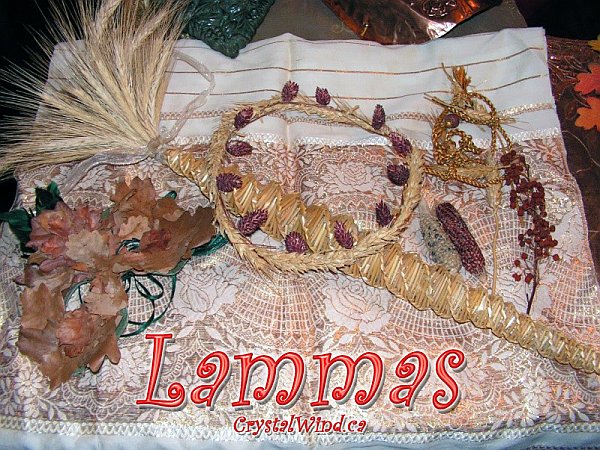 Underneath the symbolism of sacrifice is the theme of rebirth. The Corn God must die, and He has to do so in order to return. Without the sacrifice, the cycle stops. Although His strength is waning, His essence is still palpable as His energies begin to merge with the harvested crops. It is at this time that the Sun King has reached the autumn of His years, and His rival (or dark self) has just reached puberty. The Sun God has reigned supreme over the ripening grain during the hot summer months. His dedication, perseverance, and action in tending the seeds sown in spring bring a ripe and fruitful bounty.

Although Lammas is the first of the harvest festivals, fertility imagery may still be found, as there are still crops in the field continuing to grow and livestock and game yet to be killed. As the God is honoured for His harvest, so the Goddess is honoured for bringing forth the first fruits, much as a new mother is honoured. 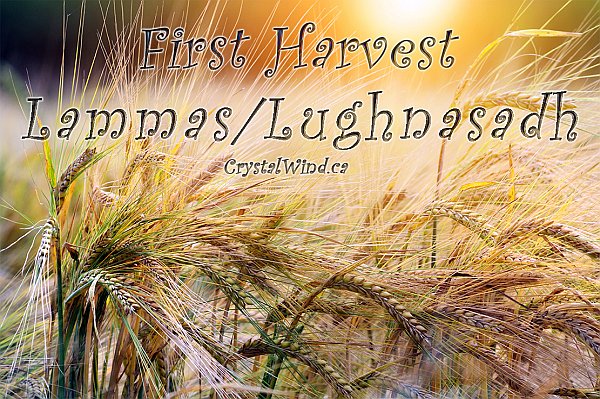 Ritually sacrifice negative emotions, outworn habits, etc. by 'transferring' them into a small bread 'person' you have baked, and then throwing it, either whole or in pieces, into the ritual fire. 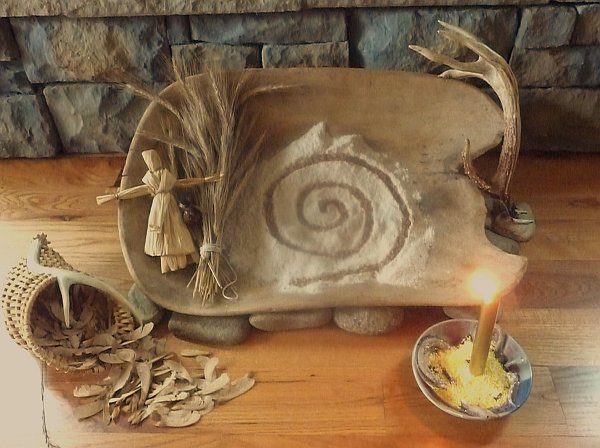 Chime
loaf of bread
candles
The Chime is rung three times. Say:
"I come to this place in celebration
Within the Sacred garden of the Gods.
The Sun God;
He gives forth light and the energy of life to all.
Through the Goddess and from the Goddess
All things grow and mature.
It is She who is the bearer of life and rebirth of the Harvest to come.
The land is full and must be tended.
Let me now share Her bounty."
Break off a piece of bread and eat it.
Prepare a candle for lighting, saying:
"I must open myself to change.
To do so,
I must abandon my faults,
Refresh and vitalize the body and spirit,
And embrace growth as I prepare for what is to become;
For what the future holds,
Yet for me to grow it is necessary for a part of me to die."
Light the candle, declare any faults you would like to be cleansed of, and stick the candle in the ground before you. The Energy Circle is raised, and at its climax blow out the candle. After a moment of meditation, say:
"Out of the death of this small part of me, life begins anew."
The ritual is complete and the circle is released. 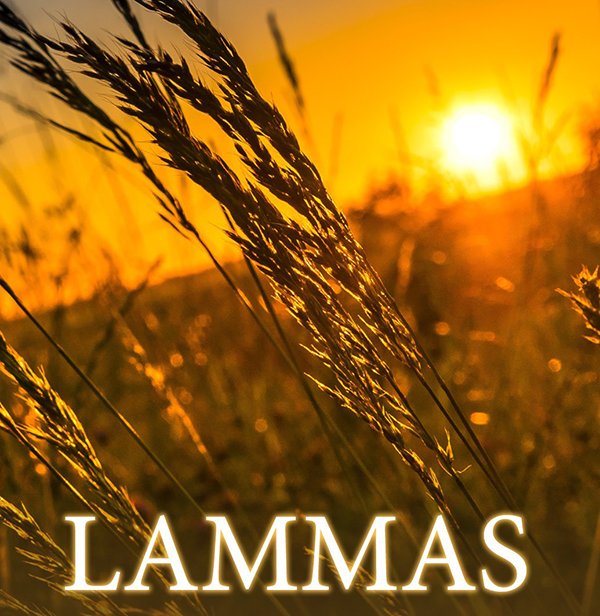 Mix well in an airtight two ounce jar. Turn jar over once a day for at least 10 days before using. Concentrating on the Sun, rub the oil on the person or token representing the Sun.

We have 1042 guests and no members online