Midwinter Feast of Light: Reviving the Magical Foods of Imbolc

Midwinter Feast of Light: Reviving the Magical Foods of Imbolc 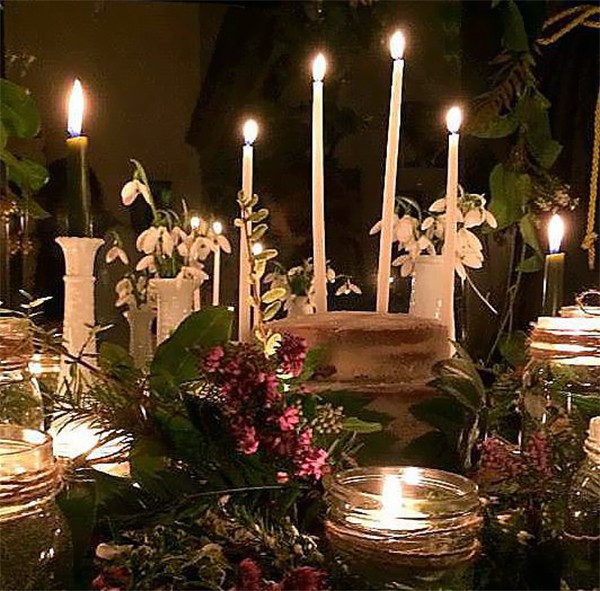 I love the ancient feast days of the pagan calendar. Celebrating the turn of the “great wheel of the year” through the solstices, equinoxes and cross quarter days, these “holy days” are the origin of most of our modern holidays. And no matter what ancestral culture you descend from, it’s a pretty safe bet that most of your beloved holiday foods were once “holy foods”, ritually prepared and consumed to bring fertility, good harvest and prosperity to the land. 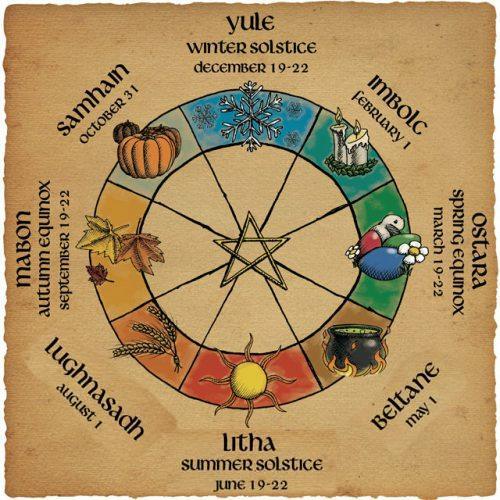 Which is why Jennifer and I are once again busy in the kitchen. We’re preparing to celebrate one the oldest and most magical holy days of the ancient calendar- the upcoming Midwinter Festival of Light. Falling at the midpoint between winter solstice and spring equinox, it can be dated as far back as the Neolithic when megalithic chambers marked the light of the rising sun on this day. 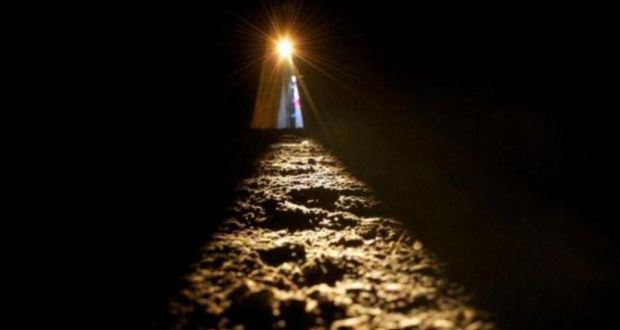 Celebrated across Ireland, Britain and Scotland and Old Europe, it was known to the Celts as Imbolc,  who welcomed the onset of spring in the form of their goddess Brigid (Brigit, Brighid, Bride, Bridget, Bridgit, Bríd) who was known as the maiden of the sun. She revived the landscape from its winter slumber so that the agricultural year could begin. And in a time when winter cupboards began to run thin, the first appearance of her swelling buds and green shoots, were a promise of the return of the season of plenty.

I’m fascinated that Brigid is one of the few goddesses whose worship survived the onset of Christianity (although she was absorbed as St. Brigid and the religious festival of Candlemas). Many of her rites and food rituals are still observed today. This is likely due to the fact that the long arm of the invading Romans never managed to colonize Ireland. 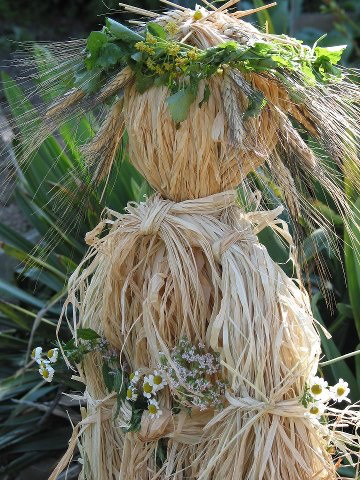 Brigid as depicted in a traditional Bridey Doll

All forms of light, heat and illumination were sacred to Brigid so it’s no wonder that Imbolc was marked with bonfires, blazing hearths, lit candles and a feast of sacred foods symbolizing the power of the sun. This was a high time for magic, for ritually burning off and releasing the old year and nourishing the new. 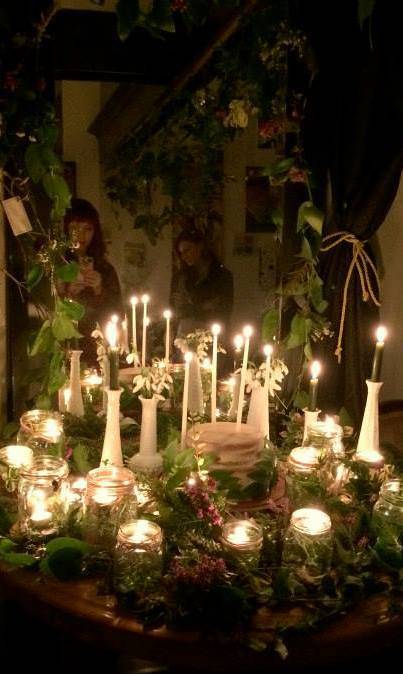 Today we might say these ancient people were practicing a kind of “sympathetic magic”, the belief that through intention, in harmony with the seasonal powers of nature, they could create an energy of blessing for themselves, their families and their community.  And their ceremonial rituals of preparing and offering food were no exception. 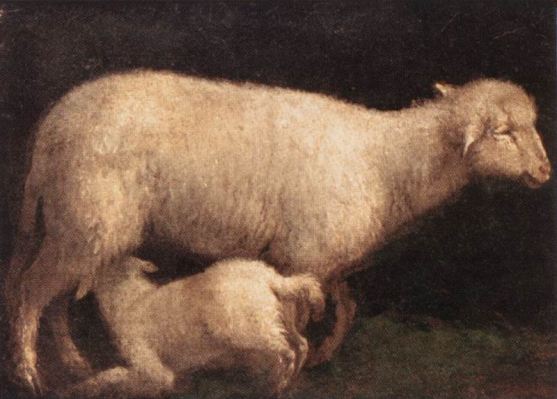 This was a time when the ewes began to birth, lactating the “new milk” or “Oilmec” which was sacred to the Celts. During Imbolc it was customary to offer this milk to Brigid by pouring it onto the earth to assist the return of fertility to the land. And it was also made into special cheese and baked into breads, cakes, and pies, along with other magical ingredients associated with the sun (such as egg yolks and honey) for the Imbolc feast. 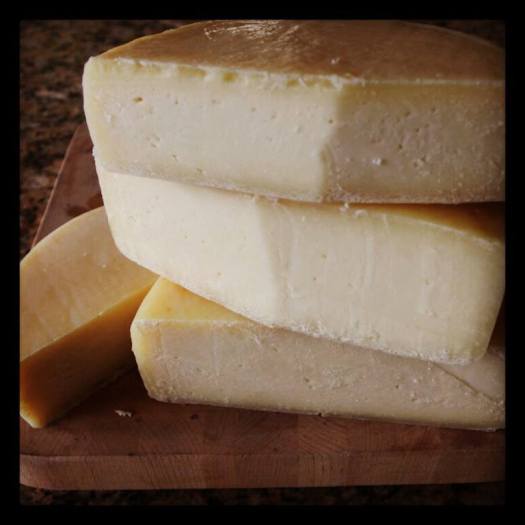 Another centrepiece of Imbolc food was butter because (according to this wonderful compendium of Imbolc folklore and history) the churning of butter with a dash (a staff or plunger) was necessary for the fertilization of the brídeóg (a doll or effigy of Brigid) so central to Imbolc fertility customs. (See more on the Bridey Doll here) 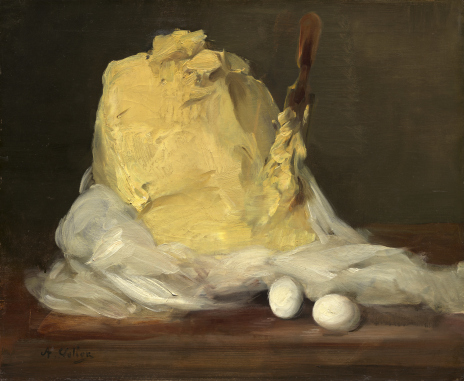 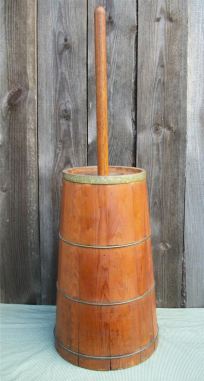 Another important food ritual was the making of the Bonnach Bride or Bannock of Bride (an oatcake made with fruits and nuts). On the eve of St Brìde’s day it was customary for mothers to give out gifts of bannocks, along with cheese or butter to the girls who visited each house with the Brìde’s doll. The Bonnach Bride was also eaten in the fields so that a piece could be thrown over the shoulder to honour Brigid and nourish the land. 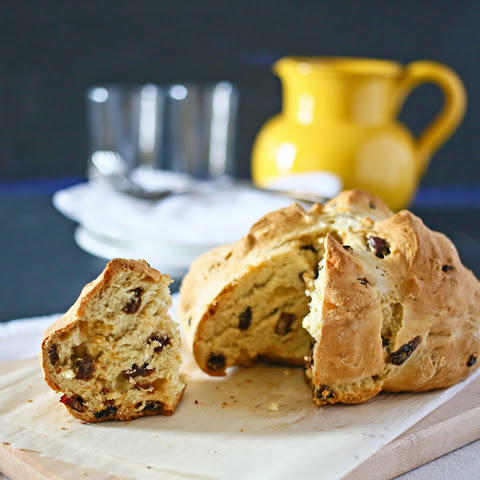 Pancakes were eaten because, round and golden, they resembled the sun. This promised an abundant harvest of wheat and saving the last pancake in the cupboard ensured there would be enough flour to last out the year. Wishes were made while flipping a pancake in the air and trinkets were also placed into pancake batter as a way to divine one’s future prospects for the forthcoming year. 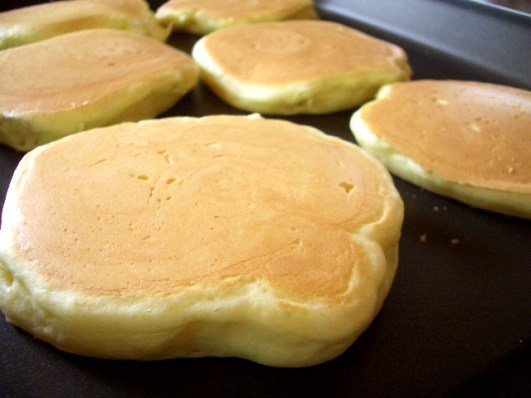 Brigid was believed to be a teacher of ‘herbcraft” and so many plants and flowers sacred to her, such as sage, heather, violets, rosemary and blackberry were often featured in Imbolc foods. Each came with their own magical purpose, rosemary and sage for example, brought their powers of purification and cleansing, so ritually important at this time of new beginnings. 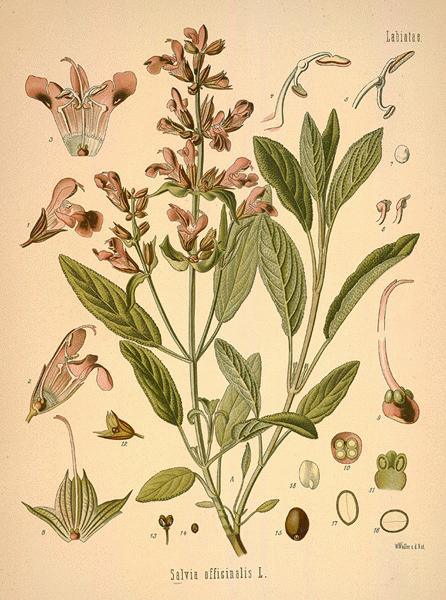 These are only a few of the foods and culinary traditions of Imbolc passed down to us through folklore – ones that we’ll be reviving once again at our own Midwinter celebration. As per tradition, we’ll craft Brigid crosses or sun wheels (which are hung on the door to invite Brigid’s blessings into our home) weave floral fertility crowns, and light an altar of burning candles in her honour. 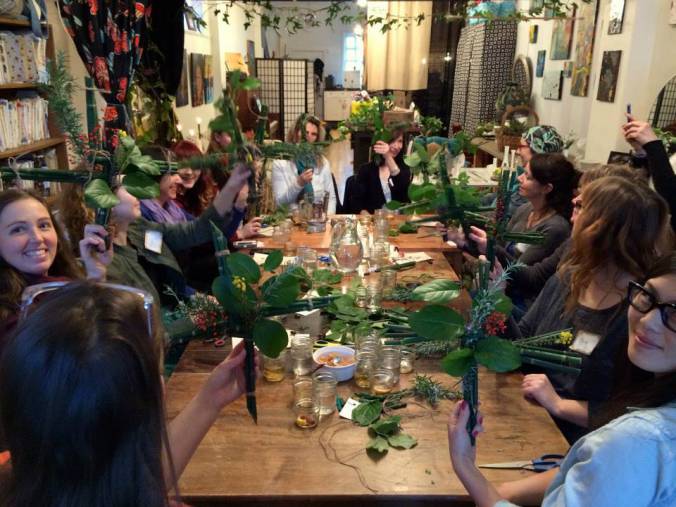 Then we’ll be serving up some Imbolc magic in dishes like sheep cheese, braided breads, herb and honey butters, and creamy tarts and savoury pies. There might even be a pancake “cake”so that we can enjoy a little old fashioned divination! 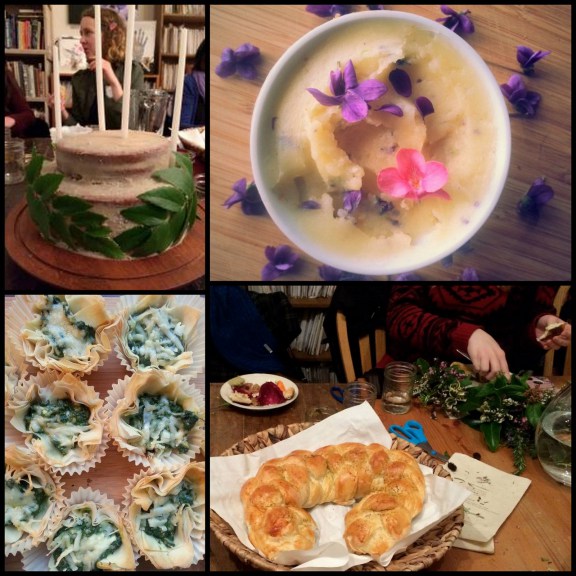 We’ll also add a touch of the wild by featuring the new fresh greens and herbs that appear in early spring. Wild garlic has been used as an herb with fish and to flavour soups, stews, potato dishes and in salads since the days of the Celts. Similarly wild mustards and winter cress was consumed in the UK in spring pottages and stews. And of course dandelion greens (a plant sacred to Brigid) have been eaten since ancient times.

So please join us as we celebrate some old world food magic at the Midwinter Feast of Lights. We’ll raise a toast to the bride of new beginnings and partake in some of the magical foods of spring. We hope you can make it – and if not click here, for a little inspiration for your own feast and celebration. And for those interested in attending our Imbolc event, tickets can be purchased here. Happy Imbolc!