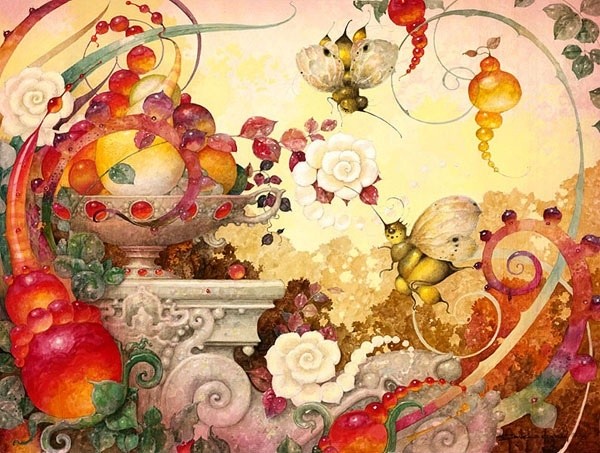 The Litha festival is one of the lesser Sabbats of the Witches annual calendar and the day (in the northern hemisphere) is normally celebrated on the 21st of June, this however can vary from the 20th to the 23rd of June depending upon the Earth’s rotation around the Sun. The festival of Litha celebrates the arrival of summer when the hours of daylight are their longest and nights at their shortest. Litha is also known as: Alban Hefin, Alben Heruin, All-couples day, Feill- Sheathain, Feast of Epona, Gathering Day, Johannistag, St. John’s Day, Sonnwend, Thing-Tide, Vestalia, Whitsuntide or Whit Sunday.

Litha celebrates the peak of the suns annual rise at the Summer Solstice, the first of two annual solstices dividing the year (the second being the Winter Solstice at Yule in December). The word “Solstice” is derived from two Latin words: “sol” which means “sun”, and “sistere” meaning “to stand still”. As the summer solstice approaches, each day the sun rises higher in the sky, but by the day of the solstice itself, its rise is almost imperceptible compared to the day before it. In this sense and for the period of midsummer, the sun seems “to stand still” having reached its peak. 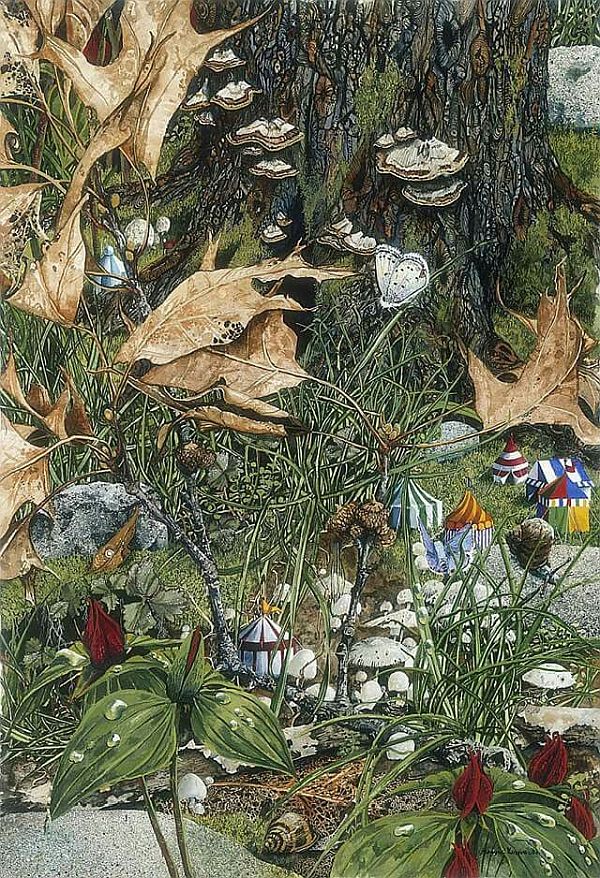 In legends of old, the summer sun begins to grow in strength at Beltane (the 1st of May) and starts its decline at Lammas (the 1st of August), with Litha midway between the two, marking Midsummer. At this time the God is in his prime and the Sun is at its strongest, the Goddess is pregnant of the God and her fertility is reflected in nature. As the powers of nature reach their highest point, so its bounty will soon be ripe for harvest. After the hard work of the planting and before we reap its rewards, the rituals of Litha celebrate the suns life giving energy while all the riches of nature are in full bloom.

In days long ago the rites of Litha were boisterous communal affairs with Morris dancing, singing, storytelling and feasting all taking place in the village. Traditionally it was the time for handfasting and weddings, when couples who met at Beltane, joined hands and jumped the broom to ensure a long and happy marriage. Another custom was to dress the home with seasonal plants and herbs, and to collect and store those containing magical and medicinal properties for use throughout the year. Amongst some of the most favoured at this time of year are: Rue, Roses, Fennel, Orpine, Saint-John’s-Wort and Vervain.

More commonly associated with the Winter Solstice and Christmas time, Mistletoe (the “Golden Bough”), Holly and Ivy are equally sought after plants used at the Summer Solstice. The Druids of old specifically prized the mistletoe that grew in Oak trees (which they held to be sacred), and on Midsummer Eve would harvest the plant with a golden sickle. Equally sacred was the Holly, which the Druids believed was special because its evergreen nature added colour to the earth when trees such as the Oak had shed their leaves. The holly’s berries were also thought to represent the sacred menstrual blood of the Goddess. 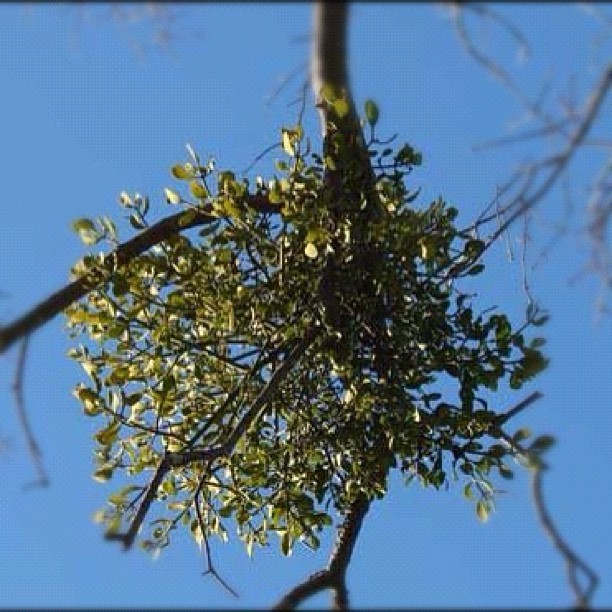 Traditionally the Mistletoe, Holly and Ivy were used at the solstices to decorate homes and churches. Later however, Church leaders banned their use in churches because of their pagan associations. Since then their use was confined to the home, except for weddings and handfastings where it was strictly observed that only men wore Holly and women wore Ivy. Jointly they were believed to possess mystical and magickal qualities, they were used in rites of divination, to cure various illnesses, and to protect the home and person from unwanted influences.

Midnight on Midsummer Eve or at noon on Midsummer Day is the best time to collect plants and herbs for use in magick. Divining rods and wands cut at midnight were thought to be more powerful, while plants and herbs harvested at midnight doubly efficacious. Many of the herbs collected at midnight were also used as charms to protect the house from fire or lightning, the family from disease and ill health, and to ward off negative witchcraft and the attentions of the pesky Fairy Folk.

In England and across Europe it was an old custom on the eve of the Solstice to light a large bonfire after sundown; these served the double purpose of providing light for the revellers and warding off evil spirits. In addition to the fires the streets would be lined with lanterns as torch lit processions paraded through the villages. Led by Jack-in-the-Green and his maidens, and followed by Morris dancers and hobbyhorse riders, giant effigies of wicker men and dragons were paraded before being burnt on the bonfires in symbolic sacrifices to the sun.

The fire was a major part of the Litha celebrations and of old was used in many ways. The most common was rolling a flaming wheel down a hill, a powerful solar symbol imitable of the sun’s course through the sky. As the fire wheel (Catherine wheel) rolled down the hill, if the fire went out they could expect a bad harvest, but if the fire remained lit, the year would be blessed with abundant crops. Another function of the fires was to sympathetically boost the sun’s energy so it would remain potent throughout the rest of the growing season ensuring a plentiful harvest.

People believed that the Litha fires possessed great power, and by jumping through the fire it would ring prosperity and protection for the coming year. The charred remains of the fire would later be used to create charms against injury, bad luck and bad weather. Ashes from the fire would be mixed with seeds not yet planted, and spread around fields and orchards to protect their crops. After the embers had cooled farmers would then drive their cattle through the ashes to purge them of disease and illness.

Water is also an important ingredient of the Litha celebrations and is an excellent time for gathering magickal water for your spell work. Many people who live near the coast conduct their rituals on the beach, others near sacred wells, rivers, or streams, and naturally use water in their rites. If you don’t live near the sea, then gathering rainwater or dew from the trees or water from a free flowing brook will suffice, more particularly after a storm with lightening. Water should always be collect in glass containers, never metal, and stored on a shelf off the ground or its power may be dissipated. When needed it should only be used for magickal purposes.

According to folklore, Midsummer Eve was a night second only to Halloween for its importance regarding the Fairy Folk, who especially enjoyed riding about on this night hoping to catch the unwary. To see them you had only to gather ferns at the stroke of midnight and rub them onto your eyelids, however be sure to carry a piece of Rue in your pocket to guard against capture. For protection and to evade capture simply turn your jacket inside out, which should keep you from harm’s way. When travelling through the woods on this night, you should seek out one of the “ley lines”, the old tracks used to link ancient landmarks and places of worship, and stay upon it until you reach your destination. Ley lines were popularly associated with mystical powers of protection and should keep you safe from any malevolent power, as will crossing a stream of “living” (running) water.

In mythology, Litha symbolizes the end of the reign of the Oak-King. As the sun nears the peak of its waxing phase (represented by the Oak King) and begins its decline into its waning phase (represented by the Holly-King), the two do battle. The Oak-King is defeated by the Holly-King and then rules over the second half of the year until they meet again at the Winter Solstice. This in essence is an enactment of the annual cycle of life, growth and death in nature. The Oak King is the growing youth who reaches his peak in mid-summer, while the Holly King is the mature man whose life declines into winter. 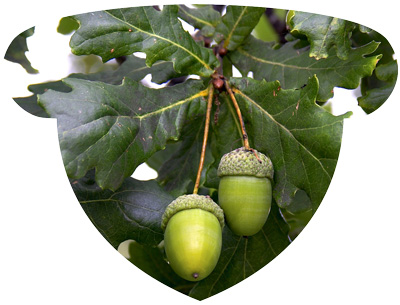 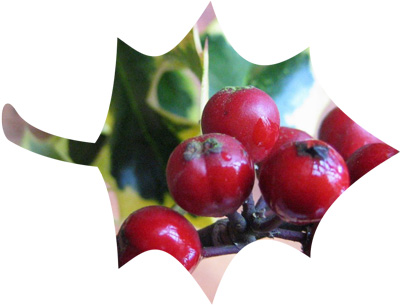 A fire god doth split in two
These mighty trees soon aft' they grew
One Oak, one Holly, strong and true
In turn each fades and grows anew

Six short months to each is given
these brothers' hearts are greatly striven
The maid, the bride, the mother reigns
Her choice each season preordained

Though both are mighty, strong and true
Six months a year each twin will rule
Beside his queen in jubilation
Their love, the source of all creation