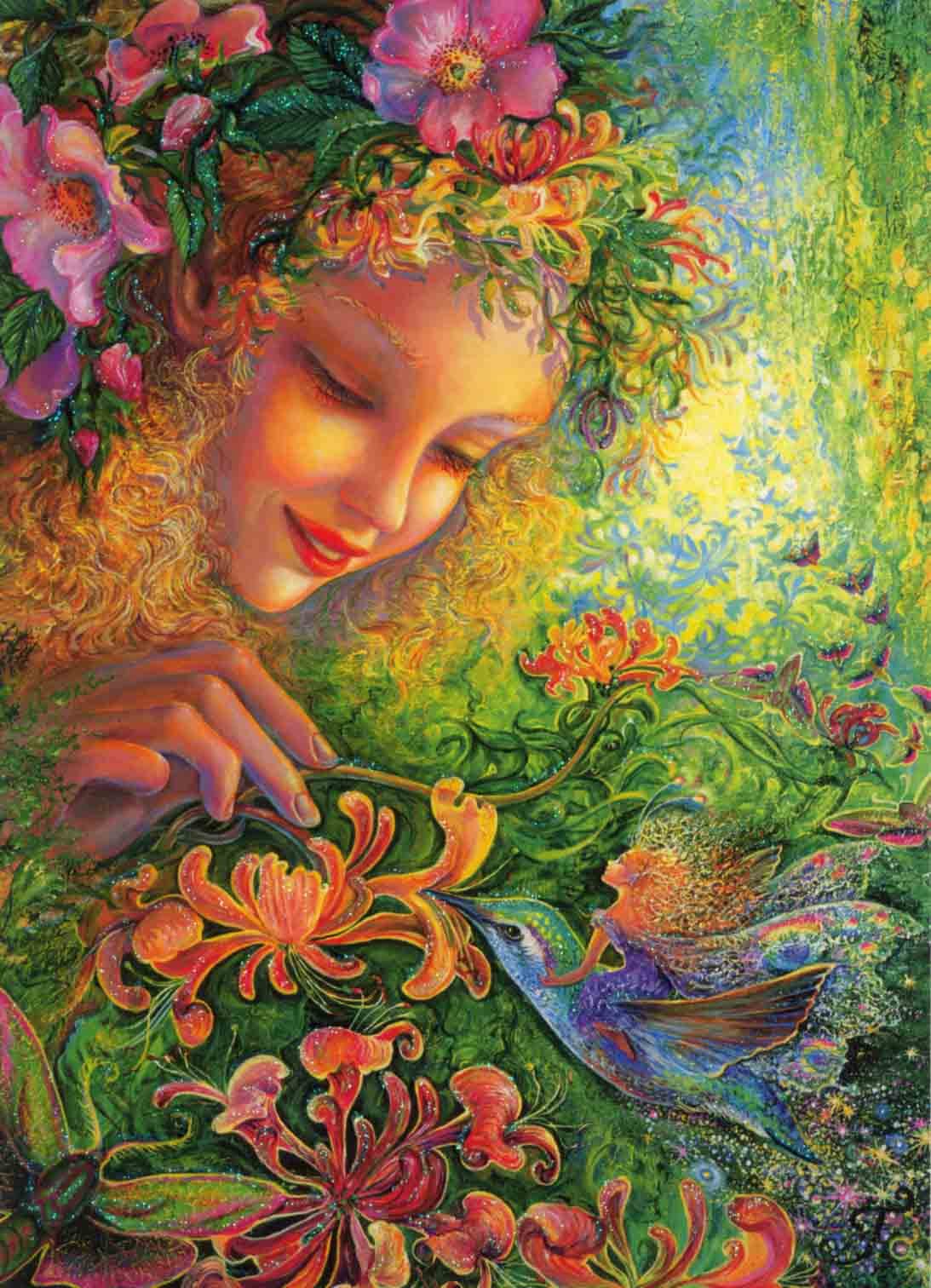 Litha Ritual Celebrated on the Summer Solstice, around June 21st each year.

Symbolism: Honoring the God at His peak, honoring the pregnant Goddess

Incense and oils: Lily of the valley, lavender, lemon 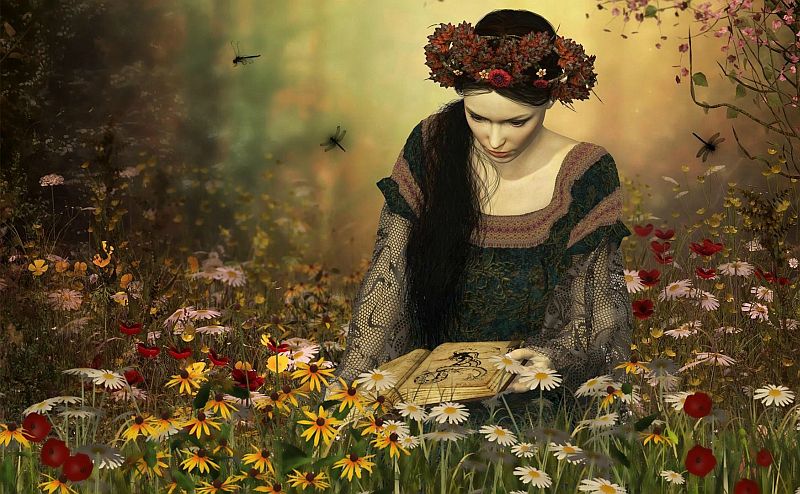 The young maid stole through the cottage door,
And blushed as she sought the Plant of pow'r;--
'Thou silver glow-worm, O lend me thy light,
I must gather the mystic St. John's wort tonight,
The wonderful herb, whose leaf will decide
If the coming year shall make me a bride.

In addition to the four great festivals of the Pagan Celtic year, there are four lesser holidays as well: the two solstices, and the two equinoxes. In folklore, these are referred to as the four 'quarter-days' of the year, and modern Witches call them the four 'Lesser Sabbats', or the four 'Low Holidays'. The Summer Solstice is one of them.

Technically, a solstice is an astronomical point and, due to the calendar creep of the leap-year cycle, the date may vary by a few days depending on the year. The summer solstice occurs when the sun reaches the Tropic of Cancer, and we experience the longest day and the shortest night of the year. Astrologers know this as the date on which the sun enters the sign of Cancer.

However, since most European peasants were not accomplished at reading an ephemeris or did not live close enough to Salisbury Plain to trot over to Stonehenge and sight down its main avenue, they celebrated the event on a fixed calendar date, June 24th. The slight forward displacement of the traditional date is the result of multitudinous calendrical changes down through the ages. It is analogous to the winter solstice celebration, which is astronomically on or about December 21st, but is celebrated on the traditional date of December 25th, Yule, later adopted by the Christians.

Again, it must be remembered that the Celts reckoned their days from sundown to sundown, so the June 24th festivities actually begin on the previous sundown (our June 23rd). This was Shakespeare's Midsummer Night's Eve. Which brings up another point: our modern calendars are quite misguided in suggesting that 'summer begins' on the solstice. According to the old folk calendar, summer begins on May Day and ends on Lammas (August 1st), with the summer solstice, midway between the two, marking mid-summer. This makes more logical sense than suggesting that summer begins on the day when the sun's power begins to wane and the days grow shorter.

Although our Pagan ancestors probably preferred June 24th (and indeed most European folk festivals today use this date), the sensibility of modern Witches seems to prefer the actual solstice point, beginning the celebration on its eve, or the sunset immediately preceding the solstice point. Again, it gives modern Pagans a range of dates to choose from with, hopefully, a weekend embedded in it.

Although modern Witches often refer to the holiday by the rather generic name of Midsummer's Eve, it is more probable that our Pagan ancestors of a few hundred years ago actually used the Christian name for the holiday, St. John's Eve. This is evident from the wealth of folklore that surrounds the summer solstice (i.e. that it is a night especially sacred to the faerie folk) but which is inevitably ascribed to 'St. John's Eve', with no mention of the sun's position. It could also be argued that a Coven's claim to antiquity might be judged by what name it gives the holidays. (Incidentally, the name 'Litha' for the holiday is a modern usage, possibly based on a Saxon word that means the opposite of Yule. Still, there is little historical justification for its use in this context.) But weren't our Pagan ancestors offended by the use of the name of a Christian saint for a pre-Christian holiday?

Well, to begin with, their theological sensibilities may not have been as finely honed as our own. But secondly and more importantly, St. John himself was often seen as a rather Pagan figure. He was, after all, called 'the Oak King'. His connection to the wilderness (from whence 'the voice cried out') was often emphasized by the rustic nature of his shrines. Many statues show him as a horned figure (as is also the case with Moses). Christian iconographers mumble embarrassed explanations about 'horns of light', while modern Pagans giggle and happily refer to such statues as 'Pan the Baptist'. And to clench matters, many depictions of John actually show him with the lower torso of a satyr, cloven hooves and all! Obviously, this kind of John the Baptist is more properly a Jack in the Green! Also obvious is that behind the medieval conception of St. John lies a distant, shadowy Pagan deity, perhaps the archetypal Wild Man of the Wood, whose face stares down at us through the foliate masks that adorn so much church architecture. Thus medieval Pagans may have had fewer problems adapting than we might suppose.

In England, it was the ancient custom on St. John's Eve to light large bonfires after sundown, which served the double purpose of providing light to the revelers and warding off evil spirits. This was known as 'setting the watch'. People often jumped through the fires for good luck. In addition to these fires, the streets were lined with lanterns, and people carried cressets (pivoted lanterns atop poles) as they wandered from one bonfire to another. These wandering, garland-bedecked bands were called a 'marching watch'. Often they were attended by morris dancers, and traditional players dressed as a unicorn, a dragon, and six hobby-horse riders. Just as May Day was a time to renew the boundary on one's own property, so Midsummer's Eve was a time to ward the boundary of the city.

Customs surrounding St. John's Eve are many and varied. At the very least, most young folk plan to stay up throughout the whole of this shortest night. Certain courageous souls might spend the night keeping watch in the center of a circle of standing stones. To do so would certainly result in either death, madness, or (hopefully) the power of inspiration to become a great poet or bard. (This is, by the way, identical to certain incidents in the first branch of the 'Mabinogion'.) This was also the night when the serpents of the island would roll themselves into a hissing, writhing ball in order to engender the 'glain', also called the 'serpent's egg', 'snake stone', or 'Druid's egg'. Anyone in possession of this hard glass bubble would wield incredible magical powers. Even Merlyn himself (accompanied by his black dog) went in search of it, according to one ancient Welsh story.

Snakes were not the only creatures active on Midsummer's Eve. According to British faery lore, this night was second only to Halloween for its importance to the wee folk, who especially enjoyed a ridling on such a fine summer's night. In order to see them, you had only to gather fern seed at the stroke of midnight and rub it onto your eyelids. But be sure to carry a little bit of rue in your pocket, or you might well be 'pixie-led'. Or, failing the rue, you might simply turn your jacket inside-out, which should keep you from harm's way. But if even this fails, you must seek out one of the 'ley lines', the old straight tracks, and stay upon it to your destination. This will keep you safe from any malevolent power, as will crossing a stream of 'living' (running) water.

Other customs included decking the house (especially over the front door) with birch, fennel, St. John's wort, orpin, and white lilies. Five plants were thought to have special magical properties on this night: rue, roses, St. John's wort, vervain and trefoil. Indeed, Midsummer's Eve in Spain is called the 'Night of the Verbena (Vervain)'. St. John's wort was especially honored by young maidens who picked it in the hopes of divining a future lover.

And the glow-worm came
With its silvery flame,
And sparkled and shone
Through the night of St. John,
And soon has the young maid her love-knot tied. 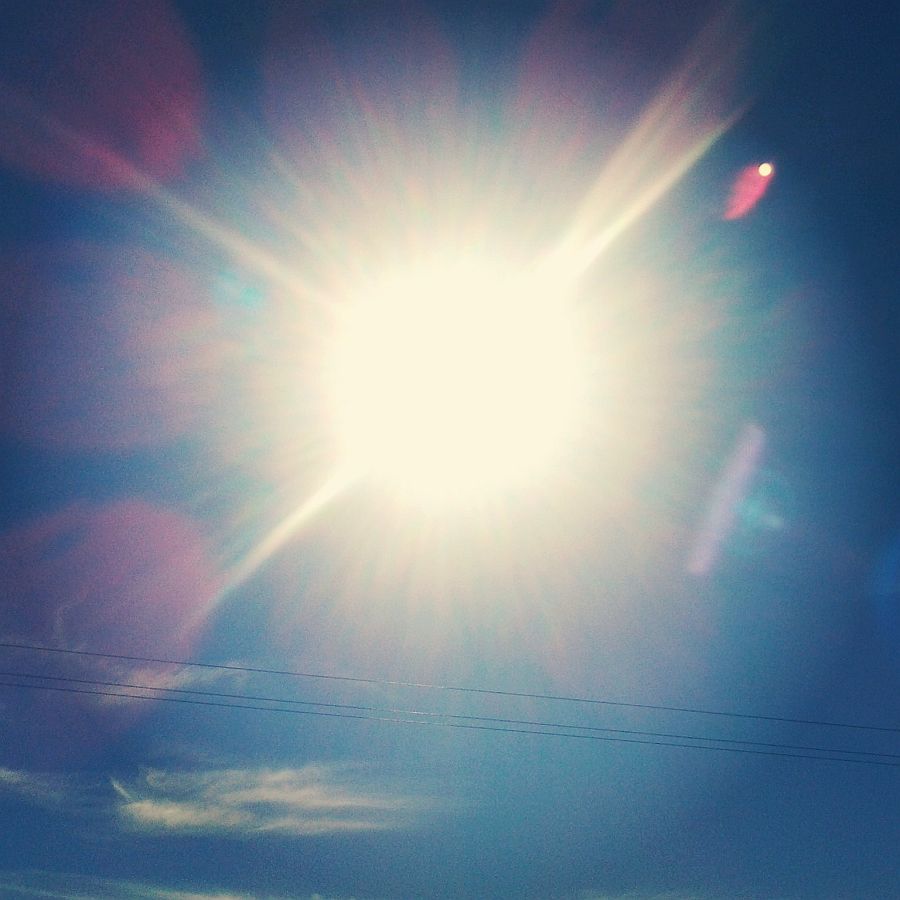 There are also many mythical associations with the summer solstice, not the least of which concerns the seasonal life of the God of the sun. Inasmuch as I believe that I have recently discovered certain associations and correspondences not hitherto realized, I have elected to treat this subject in some depth in another essay. Suffice it to say here, that I disagree with the generally accepted idea that the Sun-God meets his death at the summer solstice. I believe there is good reason to see the Sun-God at his zenith -- his peak of power -- on this day, and that his death at the hands of his rival would not occur for another quarter of a year. Material drawn from the Welsh mythos seems to support this thesis. In Irish mythology, Midsummer is the occasion of the first battle between the Fir Bolgs and the Tuatha De Danaan.

Altogether, Midsummer is a favorite holiday for many Witches in that it is so hospitable to outdoor celebrations. The warm summer night seems to invite it. And if the celebrants are not in fact skyclad, then you may be fairly certain that the long ritual robes of winter have yielded place to short, tunic-style apparel. As with the longer gowns, tradition dictates that one should wear nothing underneath -- the next best thing to skyclad, to be sure. (Incidentally, now you know the real answer to the old Scottish joke, 'What is worn beneath the kilt?')

The two chief icons of the holiday are the spear (symbol of the Sun-God in his glory) and the summer cauldron (symbol of the Goddess in her bounty). The precise meaning of these two symbols, which I believe I have recently discovered, will be explored in the essay on the death of Llew. But it is interesting to note here that modern Witches often use these same symbols in the Midsummer rituals. And one occasionally hears the alternative consecration formula, 'As the spear is to the male, so the cauldron is to the female...' With these mythic associations, it is no wonder that Midsummer is such a joyous and magical occasion!

We have 868 guests and no members online