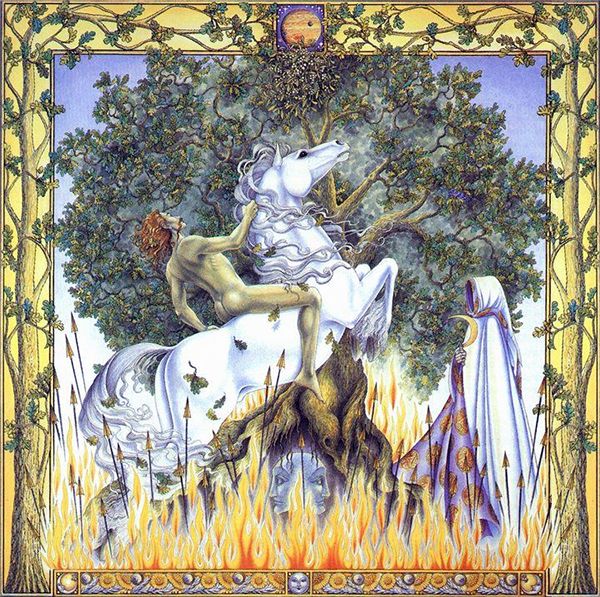 Celtic Symbol : The White Horse or The Golden Wheel 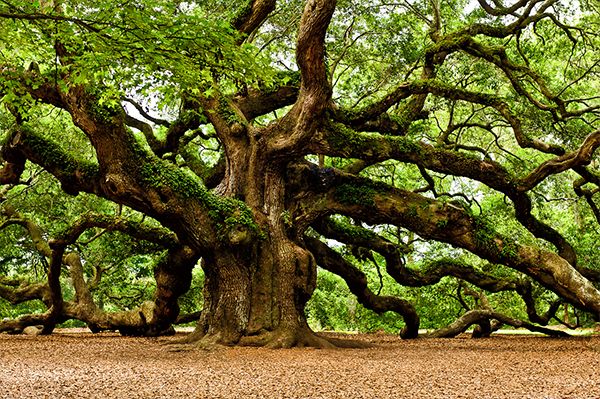 The Druidic religion was reputedly based on the oak-cult mythology and all ancient thunder-gods were associated with the oak tree. There is evidence to suggest, however, that the oak-cult was imported into Britain from the Baltic regions during the Bronze Age; and although it became the principal sacred tree of the Druids, the rowan, willow, elder, and alder cults were already established. As Druidism evolved, the significance of the oak tree also evolved, and it symbolized the turning point of the year when the summer Sun ascended briefly into the Circle of Gwynvyd to receive divine inspiration.

Oak tree characters have breadth of vision. Their greatest personal asset is a sense of optimism and the ability to speak the truth no matter what the consequences may be. A lack of discretion can, however, be their weak point. People born during the first two weeks come under the new moon phase and they are inclined to take financial risks and make personal commitments which cannot be easily consolidated. The positive aspects of character are shown with their natural powers of leadership and the ability to rise above the human vice of greed or avarice. There is an element of self- sacrifice operating within both the lunar phases or divisions of the sign, but people born during the last two weeks of the full moon phase are less inclined to make financial losses. People born during the new moon are generally more flamboyant characters and rather glory- seeking individuals. Their positive aspects are shown in their generosity of spirit, an instinctive sense of survival and creative skills. 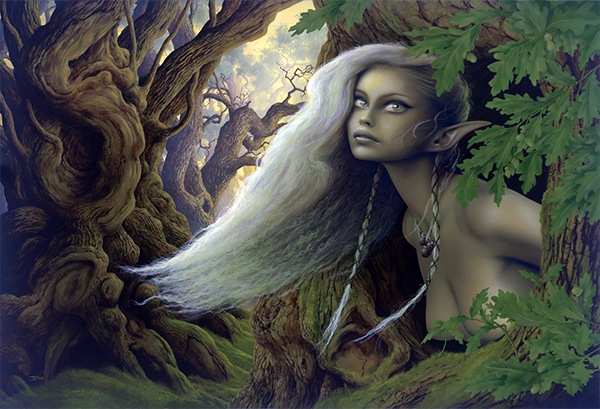 Associated with Jupiter, the wheel and the father god Dagda. Oak Tree people have a wide range of talents. They combine some of the best qualities, including vision, personal charm, optimism and a drive for success. Such individuals often find themselves in leadership positions. They enjoy their achievements and fulfilling their plans, but can be self sacrificing, risk taking, vain and naïve when executing their schemes. Later in life, they are drawn to spiritual and philosophical pursuits.

The Oak was the sacred tree of the Druids, symbolizing truth and steadfast knowledge. Doors made of Oak were thought to keep out evil. Oak people are determined, self-motivated, enthusiastic and responsible. Natural leaders, they remain calm in a crisis and are not easily swayed by opposition. Although serious minded, they are cheerful and optimistic and do not give up easily.

Physical Goal - To learn that a hands-on approach will nuture desired skills...that one learns by doing. Mental Goal- To accumulate the acorns of wisdom and, having done so, to share that wisdom. Spiritual Goal - To become tough and resilient, despite the unpredictable  nature of life...to be strong and wise. 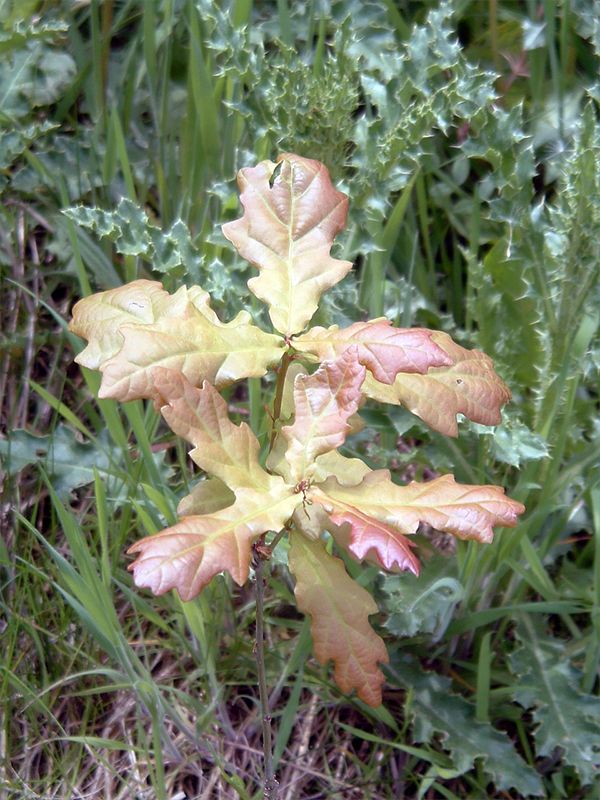 The Ruling Deity - The Father of all Gods, The Dagda rules this sign.

The Druid Animal - The Wren, the Celtic king of the birds, symbolizes wit and subtlety - Oaks must temper pride with humor or they become pompous and over bearing.

Carry an acorn against illnesses and pains, for immortality and youthfulness, and to increase fertility and sexual potency.

Carrying any piece of the oak draws good luck to you (remember to ask permission and show gratitude.)

Oak twigs bound together with red thread into a solar cross or a pentagram will make a mighty protective talisman for the home, car, or in your desk or locker at work.

"Oaken twigs and strings of red
Deflect all harm, gossip and dread."

Hold an acorn in the palm of your dominant hand and direct your energy into it as you say your incantation. Afterwards, carry it with you for nine days and then bury it in the ground.

King Arthur's round table was made from a single cross section of a large Oak. 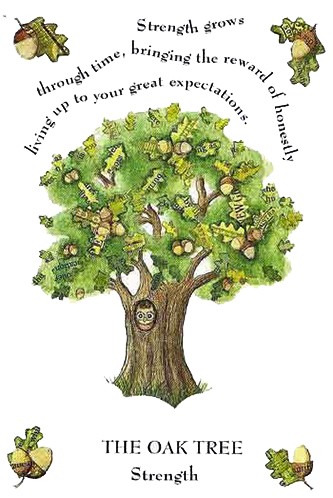 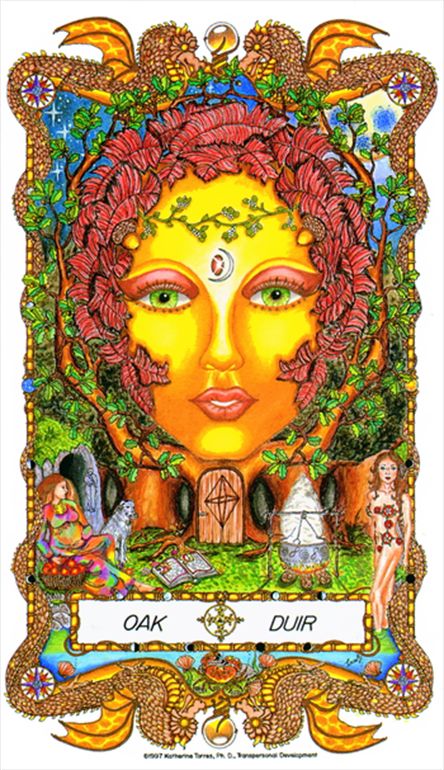 Those born under the Celtic tree astrology sign of the Oak have a special gift of strength. They are protective people and often become a champion for those who do not have a voice. In other words, the Oak is the crusader and the spokesperson for the underdog. Nurturing, generous and helpful, you are a gentle giant among the Celtic zodiac signs. You exude an easy confidence and naturally assume everything will work out to a positive outcome. You have a deep respect for history and ancestry, and many people with this sign become teachers. You love to impart your knowledge of the past to others. Oak signs have a need for structure, and will often go to great lengths to gain the feeling of control in their lives. Healthy Oak signs live long, full, happy lives and enjoy large family settings and are likely to be involved with large social/community networks. Oak signs pair off well with the Ash and Reed, and are known to harmoniously join with Ivy signs too.

7th consonant of the Ogham alphabet

D is for Duir, the Celtic tree of Oak. Like the mighty tree it represents, Duir is associated with strength, resilience and self-confidence. The Oak is strong and powerful, often dominating over its shorter neighbors. The Oak King rules over the summer months, and this tree was sacred to the Druids. Some scholars say the word Duir translates to "door", the root word of "Druid". The Oak is connected with spells for protection and strength, fertility, money and success, and good fortune.

In many pre-Christian societies, the Oak was often associated with the leaders of the gods -- Zeus, Thor, Jupiter, and so forth. The strength and masculinity of the Oak was honored through the worship of these gods.

During the Tudor and Elizabethan eras, Oak was valued for its strength and durability, and was commonly used in construction of homes. The bark became valuable in the tanning industry, and many areas of Scotland were deforested in the rush to harvest Oak. 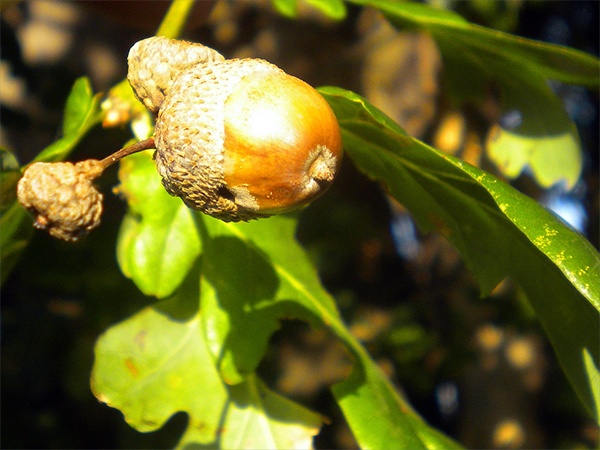 Mundane Aspects : Carry an acorn in your pocket when you go to an interview or business meeting; it will be bring you good luck. If you catch a falling Oak leaf before it hits the ground, you'll stay healthy the following year. Remember that "Duir" means gate or door -- watch for chances that may pop up unexpectedly, and take what is offered to you. After all, an unknown opportunity is better than a missed one.

Magical Aspects : Be strong and steady like the Oak, no matter how unpredictable things may become for you spiritually. Your strength will help you prevail. 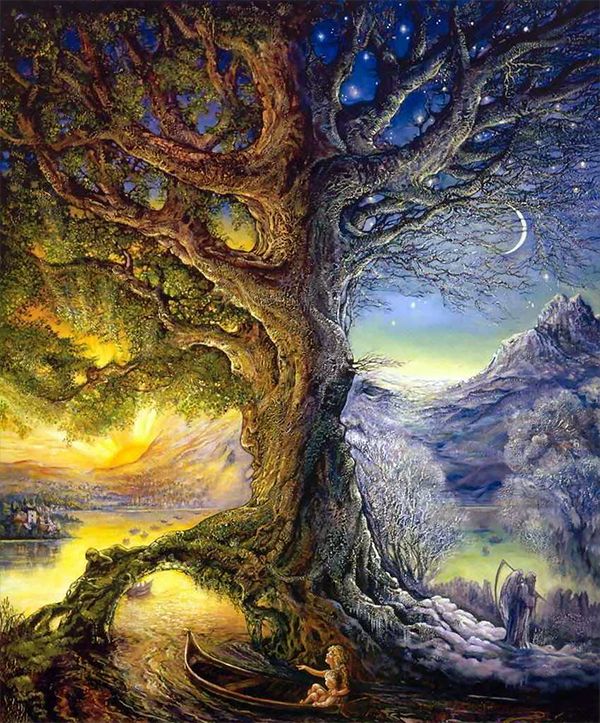 We have 832 guests and no members online