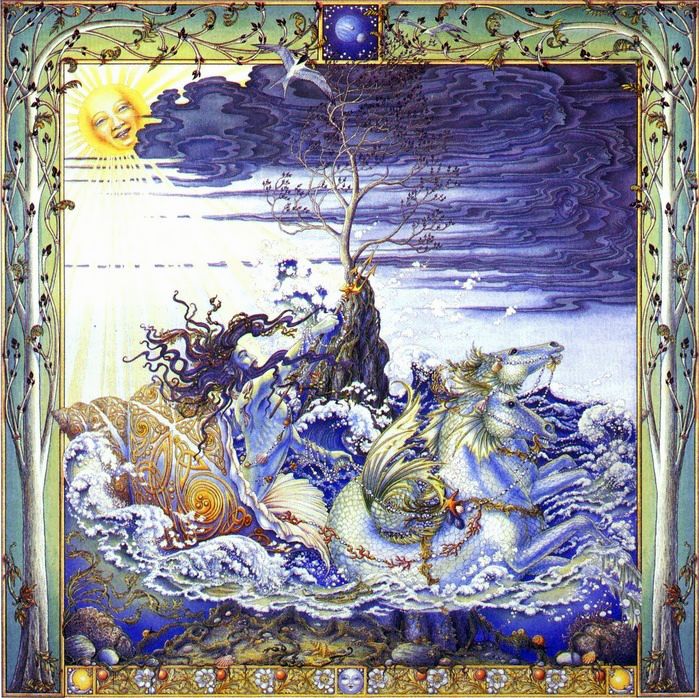 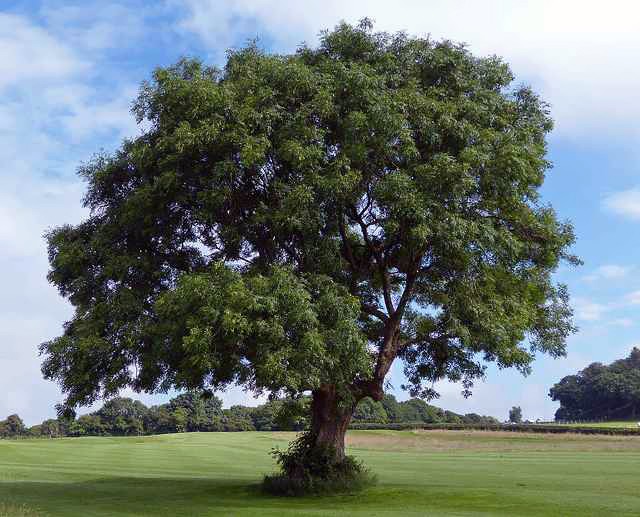 The mythology of the ash tree is very ancient. The ash tree's Celtic letter "Nion" has the meaning of heaven. In ancient Ireland three of the five sacred trees planted by Fintan to establish the five provinces were ash trees. In British Celtic mythology the ash was known as a tree of enchantment and associated with the Welsh magician Gwydion, who fashioned his wands from ash wood. Gwydion and his sister Arianrhod, a mysterious lunar goddess, excelled in the art of illusion and magic; they represent the first archetypal characters of Merlin and Arthur's half sister Morgan le Fay.

Ash tree people have a dual aspect to their character which makes it difficult to decide their true nature and motives. While they have an artistic nature and temperament, and appear highly vulnerable or sensitive, they can suddenly switch tactics and become quite pragmatic. They understand the baser elements of mankind as well as the spiritually profound. Perhaps for that reason alone- people born under this sign have the guiding virtue of compassion. New moon people born during the first two weeks are more impulsive and demonstrative regarding emotional relationships, more apprehensive, but immensely spontaneous. Full moon people born during the last two weeks are natural exhibitionists who respond with great generosity of spirit, which indicates a certain gullibility or naivete. This apparent weakness is, however, just the reverse as it denotes a humble spirit - a rare human quality. 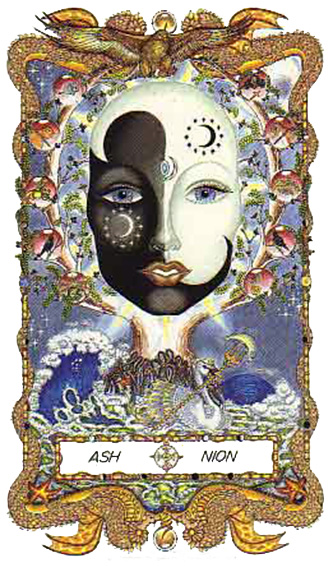 The Ash was a sacred chieftain tree, said to "court the flash" as it was prone to lightning strike. Its wood was thought to be enchanted and was used for Druidic wands and spears. Ash people are quick witted, spontaneous and gregarious. They have a lively curiosity and are intelligent, persuasive speakers, enthusiastic, inquisitive and communicative. They love discussing new ideas and projects.

Physical Goal - To realize that actions echo in the cosmos as a stone cast into a pond creates ripples. Awareness of self and the world are interconnected and the effect of actions warrants careful consideration.

Mental Goal- To learn that problems and questions are not exclusive to an individual...others also ponder. It is necessary to regard the question in a wider context and learn to ask opinions.

Spiritual Goal - To become aware that all things are connected...to balance individual need with that of the Earth.

The Ruling Deity - The Magician, storyteller and trickster. Gwydion rules the sign.

The Druid Animal - The Adder symbolizes wisdom and spiritual energy - Ash people need to focus their mental abilities or they can become nervous and irritable. 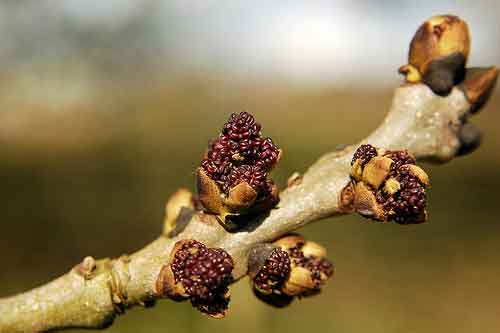 Ash is a healing tree, so two ash twigs may be fashioned into a solar amulet, and the solar energies used to help fight off the wintertime blues. Create this amulet on a nice, sunny day. Take two small ash twigs about six inches in length, and tie them together into an equal-armed cross (also known as the solar cross.) Fasten a gold ribbon at the center of the twigs, and knot the ribbon three times, saying:

By the powers of the ash tree, herb magic, and the sun,
Do as I will, bringing harm to none.

Then hold the amulet up to the sunshine, and bless it with the following charm to ward off the winter blues and to encourage healing:

I take two ash twigs, and tie a ribbon round,
A simple solar amulet I have bound.
Bring sunshine to my life and guard me, I pray.
Keeping those wintertime blues far, far away.

You can Hang this amulet in a prominent location in your home, or tuck it into your locker or desk at work. This amulet would also be easy to adapt to a pocket charm, if you keep the twigs about two inches in length. Now, you have yourself a little portable solar amulet. 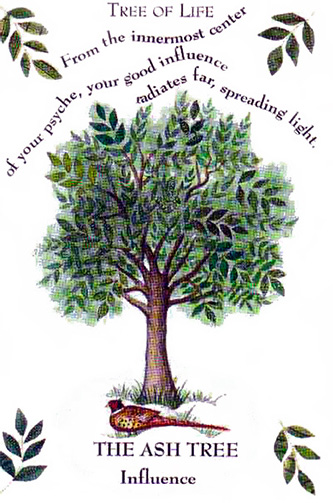 Those born under the Celtic tree astrology sign of the Ash are free thinkers. Imaginative, intuitive, and naturally artistic, you see the world in water-color purity. You have a tendency to moody and withdrawn at times, but that’s only because your inner landscape is in constant motion. You are in touch with your muse, and you are easily inspired by nature. Likewise, you inspire all that you associate with and people seek you out for your enchanting personality. Art, writing (especially poetry), science, and theology (spiritual matters) are areas that strongly interest you. Others may think you are reclusive, but in all honesty, you are simply immersed in your own world of fantastic vision and design. You are in a constant state of self-renewal and you rarely place a value on what others think about you. Ash signs partner well with Willow and Reed signs.

3rd consonant of the Ogham alphabet

N is for Nion, sometimes called Nuin, which is connected to the Ash tree. Ash is one of three trees which were sacred to the Druids(Ash, Oak and Thorn), and connects the inner self to the outer worlds. This is a symbol of connections and creativity, and transitions between the worlds.

In Norse legend, Yggdrasil, the World Tree, is an Ash. Its roots grew down far into the Underworld, and its branches reached all the way up into the heavens. Odin hung himself from the tree for nine days as a sacrifice. Ash also features prominently in the Irish myth cycles, and is often depicted growing beside a well or pool of wisdom.

Mundane Aspects : Remember that for every action, there is a consequence, and these effect not only ourselves but others as well. What we do in our life will carry into the future and possibly even beyond. Every one of our words and deeds has some sort of impact.

Magical Aspects : The Universe is like a giant web. Strands bind us all together, either closely or at a distance. We are all connected in one way or another, so it is important to find harmony between the spiritual realm and the physical, and between all living beings. Endeavor to live a spiritual life that considers the needs of the natural world around you.