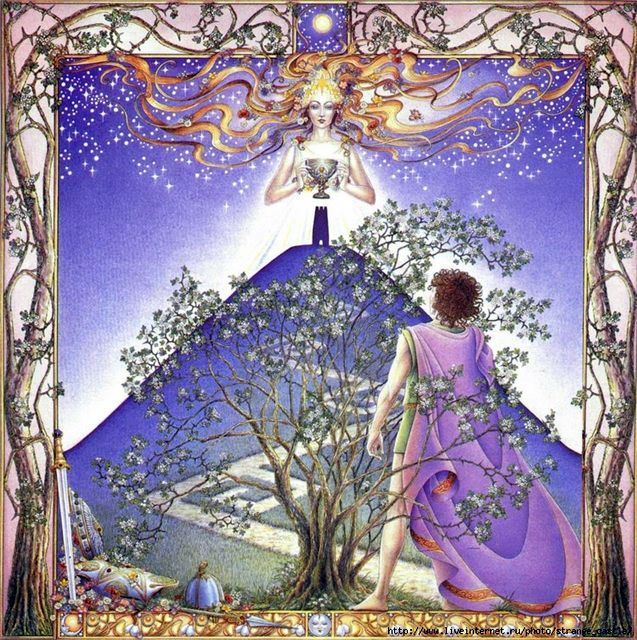 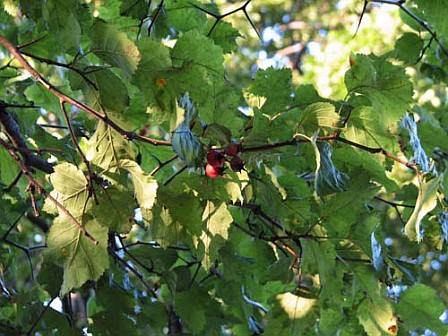 The mythology relating to the Hawthorn Tree has both sacred and unlucky associations. The sacred nature of the tree is perhaps the most well-known of the legend of the "Glastonbury Thorn". Said to have been propagated originally from the crown of thorns worn by Christ. In Celtic Ireland the destruction of the hawthorn was believed to incur the greatest peril in the person or persons responsible by causing the death of their cattle and children, and the loss of all their money. These unlucky associations appear to have been encouraged originally perpetrated by the Christian monks as a means of discouraging the ancient pagan rites associated with the cutting of the hawthorn. The use of the hawthorn was part of the Beltane celebrations when the Druids encouraged people to perpetuate the fertility of summer.

Hawthorn tree people are full of innovations and new ideas. People born under this sign are multi-talented and adapt easily to any changes in their lives. They have personal qualities akin to the Celtic bards and druids of old, often excelling in the performing arts and naturally drawn to spheres of influence. Generally, their great strength is knowing the weaknesses of their adversaries or any opposing forces, but they are not ruthless people, merely clever strategists. People born during the first two weeks of the lunar month are more impulsive and have a more sensual nature. Their positive traits are, however, extremely consolidating once they have decided upon their course of action. People born in the last two weeks have a distinctly different approach to all things, and are much more difficult to pin down regarding personal relationships or commitments of any kind. Their positive traits are linked to a wider vision that opens the locked doors of the mind. 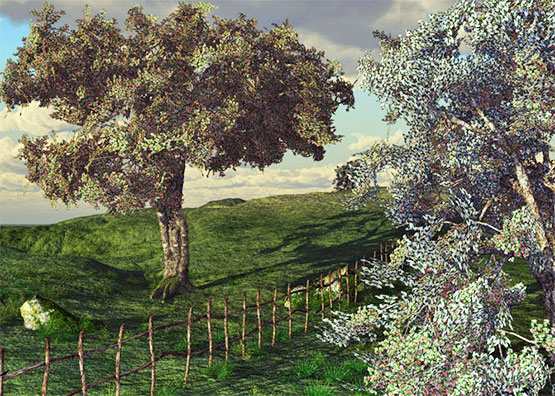 Associated with Vulcan, the chalice and the smith god Govannan. Those born under the Hawthorn Tree probably have a variety of talents aimed at communication. They are charismatic and well versed in many things, similar to the Celtic druids. They are great leaders and strategists, but at times their expressive nature is armed with the sword of anger. Verbal spars pepper their otherwise colorful life, as they experiment with life.

Hawthorn, or May, was a symbol of psychic protection due to its sharp thorns. Faerie spirits were thought to live in Hawthorn hedges, which were planted as protective shields around fields, houses and churchyards. Hawthorn people are mercurial, innovative, creative and confident. Easily bored, they crave mental stimulation and challenge. They are eloquent and gifted performers, exuding natural charm.Physical Goal - To work upon the physical condition and betterment of self...to engage in exercise and maintain a healthy diet. Mental Goal - To open the mind to self-imposed ignorance and false facts. Thoughts should be free-flowing and the mind should be cleansed.Spiritual Goal - To learn that through the most dire of problems, the spirit will create new and unexpected strengths. 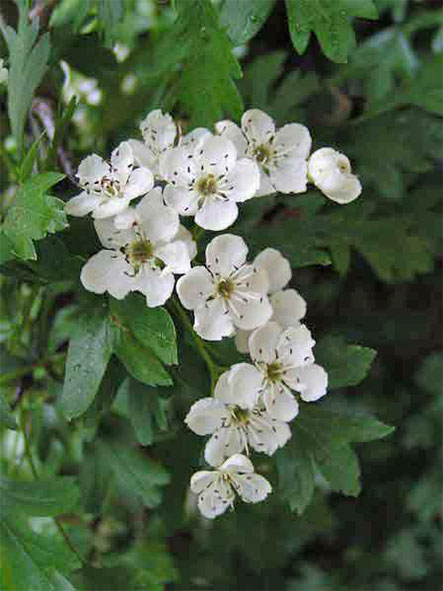 The Druid Animal - The Owl symbolizes wisdom and patience - Hawthorns must develop patience or hasty action can sabotage their best efforts.

Carefully gather a few thorns from the Hawthorn tree.
On a piece of paper, write the name of the person or situation from which you seek protection, and then wrap it around the thorns.  Bury this in the ground - if possible near the tree from which the thorns were collected. 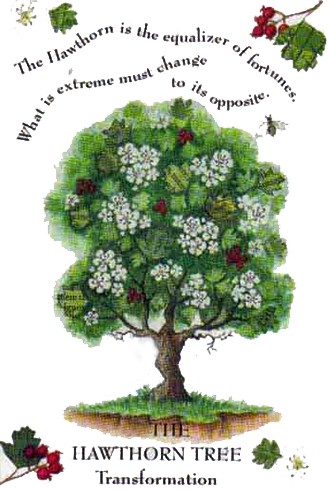 Hawthorn signs in Celtic tree astrology are not at all what they appear to be. Outwardly, they appear to be a certain persona, while on the inside Hawthorn’s are quite different. They put the term “never judge a book by its cover” to the test. They live seemingly average lives while on the inside they carry fiery passions and inexhaustible creative flame. They are well adjusted and can adapt to most life situations well – making themselves content and comforting others at the same time. You are naturally curious, and have an interest in a broad range of topics. You are an excellent listener, and people seek you out as an outlet to release their burdens. You have a healthy sense of humor, and have a clear understanding of irony. You tend to see the big picture, and have amazing insight – although you typically won’t give yourself enough credit for your observations. Hawthorn signs match up nicely with Ash and Rowan’s.

6th consonant of the Ogham alphabet

H is for Huath, or Uatha, and is symbolic of the Hawthorn tree. This prickly-thorned tree is associated with cleansing, protection and defense. Tie a thorn with a red ribbon and use it as a protective amulet in your home, or place a bundle of thorns under a baby's crib to keep bad energy away. Because the Hawthorn typically blooms around Beltane, it is also strongly connected with fertility, masculine energy, and fire.

In folklore, the Hawthorn is associated with the land of the Fae. Thomas the Rhymer met the Faerie Queen under a Hawthorn tree and ended up in the Faerie realm for seven years. Despite its connection with female and goddess-centered pre-Christian belief, it's considered unlucky to bring Hawthorn into your home. This may stem from the fact that some species of Hawthorn give off a particularly unpleasant -- almost corpse-like -- scent after they've been cut. No one wants their home to smell like death.

In Glastonbury, England, there's a famous Hawthorn tree known as the Holy Thorn. The tree that stands there today is supposed to be a descendant of one that stood on Glastonbury Tortwo thousand years ago, when Joseph of Arimathea brought the Grail to England from the Holy Land. When Joseph thrust his staff into the ground, it turned into a Hawthorn tree.

Mundane Aspects : If you're hoping to concieve a child, the appearance of Huath could be fortuitous. In addition to fertility, consider this a sign of protection, healthfulness and self-defense.

Magical Aspects : Understand that no matter how thorny a problem may be, you can use your spiritual strength to protect and guide you. You may also find that you can provide strength to those who depend on you.