Category: Wheel of the Year Written by CrystalWind.ca Views: 5047 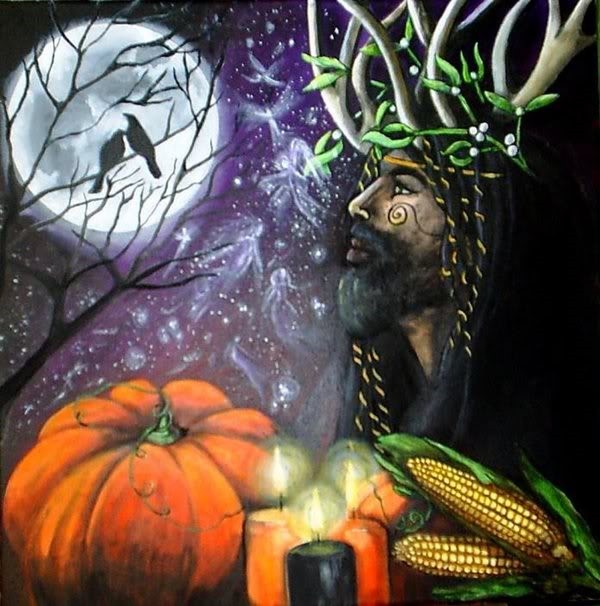 Samhain is one of the greater Sabbats of the Witches’ calendar and in the Northern Hemisphere is celebrated on the night of 31st October (in the Southern Hemisphere the equivalent Sabbat is Beltane 30th April). Samhain is the third and last of three autumnal harvests, the first was at Lammas (1st August), when in tribute to the waning Sun, the “Corn King” was sacrificed and his spirit returned to the ground for its period of rest. The second harvest was at Mabon (22nd September), when as the Sun grew weaker; the “Lord of the Harvest” was sacrificed and waits to be reborn in the New Year of the Goddess.

Now as we complete the third and final harvest, Samhain marks the change from summer into winter. Traditionally it is time to bring in the animals from their summer grazing and to stock up their winter feed supplies. A cull would be made and animals slaughtered, and the meat preserved to provide food for winter. As the animals died so the people could survive, so too does the “King of the Hunt” die in a final act of sacrifice. As the summer sunlight fades and the darkness of winter approaches, we celebrate the “Feast of the Dead”, a farewell tribute to the Sun God. While the Goddess mourns his death, she also begins her own descent into the underworld, there to search for him again.

Samhain means “Summer’s end”, and is known by many different names: November Eve, All Hallows Eve, Hallowmas, Feast of Apples, Night of Spirits, Halloween and the Feast of the Dead. In the Gaelic languages of Ireland, Samhain is also known as “Oíche Shamhna”, in Scotland “Oidhche Shamhna” and in Wales “Nos Calan Gaeaf”. Depending on where you come from, Samhain also has many pronunciations, like in Ireland it is pronounced “sow-in”, in Scotland “sav-en” and in Wales “sow-een”. 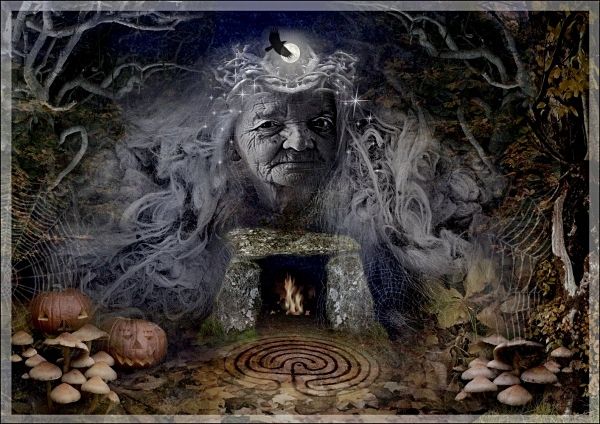 Samhain is one of the most popular and wide spread pagan festivals in the Celtic calendar and is traditionally regarded as the “Celtic New Year”. In modern times it is a night of fun and celebration, of glowing Jack O’Lanterns, trick or treating and dressing up in costumes as Wicked Witches. It is also a night for divination, for attending séances, tarot card readings and scrying with mirrors. For the occult minded, it is a night of power, when the veil between the unseen world and ours is at its thinnest, a night when the spirits of the departed are free to roam.

When Christianity arrived in the British Isles they tried to eradicate popular pagan practices by replacing them with their own customs, and so Samhain as celebrated on the night of 31st October was renamed “All Hallows Eve”, which later became shortened to “Halloween”. The following day 1st November was named “All Saint’s Day”, on which day they would celebrate the spirits of Heaven and pray for those they sent to Hell. On the eve of All Saint’s Day (All Hallows Eve) they developed the custom of banging pots and pans together so the lost souls in Hell would know they were not forgotten.

Down through the ages Samhain has always been considered an auspicious time for divination, for contacting ancestors and other departed souls. It was customary therefore to place lights along roadways to help guide spirits out for the dark, and to leave open a door or window with a candle or other light burning to lead them back from whence they had left. This was the beginning of the ever popular Jack O’Lantern custom of today, in which lights or candles are placed in pumpkins so the wind will not extinguished them. These are now used to decorate homes and to frighten off mischievous souls who may have lost their way.

Another old custom was to leave out food offerings on their doorsteps, a welcome invitation to the spirits of family members, ancestors, friends, pets and other loved ones to cross the threshold of their home and revisit. After all the hard work of collecting in the harvest, it was also a time for family reunions, when in the warmth and dimly lit smoky rooms of the home, wood and peat for the fire was stacked up high by the hearth, and members of the family all came together to celebrate a winter feast. During the feast bards re-told stories about those long gone, traditional songs would be sung, poetry recited and dances performed in honour of the ancestors. 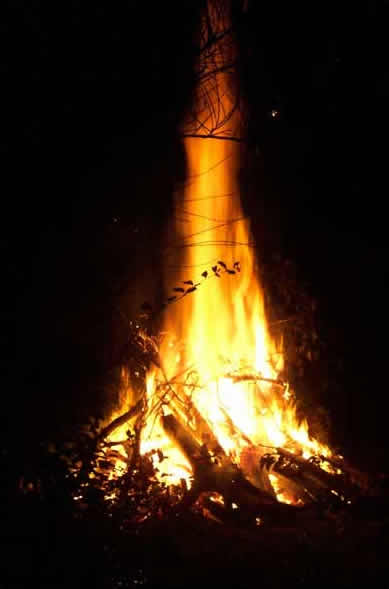 Bonfires play a large part in the festival of Samhain. On the night of Samhain each household would extinguish their hearth-fires and then wait for the druids to light the village bonfire, symbolising a new light for the New Year. Most often two fires would be lit side by side, and during the evening’s celebrations, villagers would light torches from the common flame and re-light their own hearth fires. Later, they would parade and dance around the village and lead their animals between the fires in a ritual act of purification.

In Scotland, a child born on the night of Samhain was considered to be gifted with “an dà shealladh” (the Two Sights), which is more commonly known today as “second sight” or the ability of clairvoyance. At Samhain however, it was common for many people to practice the art of divination, females in particular would seek to identify future husbands, and determine if marriage would succeed or fail. Methods differed widely, but seasonal foods such as apples and nuts from the harvest were frequently used. An apple could be peeled in one long strip and tossed over the shoulder to determine the initial letter of a future spouse’s name. Nuts would be placed on a heated hearth and their movements closely watched; if the nuts stayed together so would the couple, but if they rolled apart the marriage would fail.

Candles also play an important part in Samhain celebrations, and are often used to decorate the home creating the right mood for the occasion with their hypnotic glow. Ever since fire was discovered, the naked flame has been regarded as sacred, and in ancient times lighted touches were used to invoke the Goddess and Gods. Similarly today the naked flame of lighted candles are used to aid divination, to commune with deities and more particularly at this time, to connect with ancestors and other departed souls.

To our ancestors winter was a time of famine and hardship, more so for the old and feeble when many failed to survive the following winter months. Samhain at the start of the winter season and the beginning of the Celtic New Year was therefore a poignant time to honour those who had died before them. To pagans and witches alike Samhain is a celebration in honour of our ancestors, much as they honoured us in the days before we were born. As the wheel of life continues to turn so will they honour us again, for time will come when we too cross the divide and take up our own place beside them.

In more recent times the association of death with Samhain has been maligned to include the assumption of evil, and today is often portrayed as a night when malignant forces combine to create all manner of baneful harm. Such could not be further from the truth, for while it may be possible for negative forces to cross the divide, it is not in any way a night of evil or hostile intent. Even though the holiday has changed over the years, its intent is still clear – it is a celebration of respect for the dead and of a new beginning to come. It is a holiday that commemorates both life and death, and recognizes the need to exist in harmony with the past, present and future. 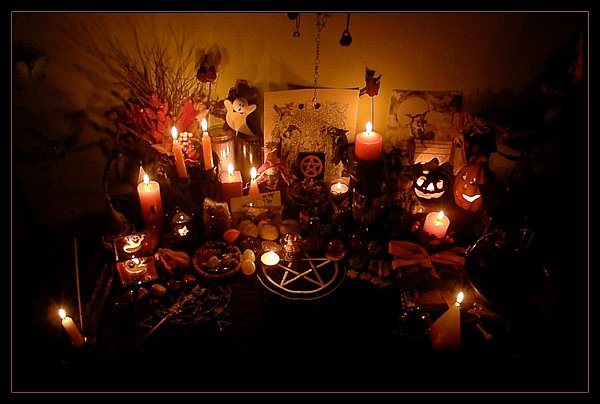 + - Credit Click to collapse
Written and compiled by George Knowles

© 2010-2022 crystalwind.ca. All rights reserved. We track all IP addresses with sniffer technology. Using a VPN will not hide your IP.