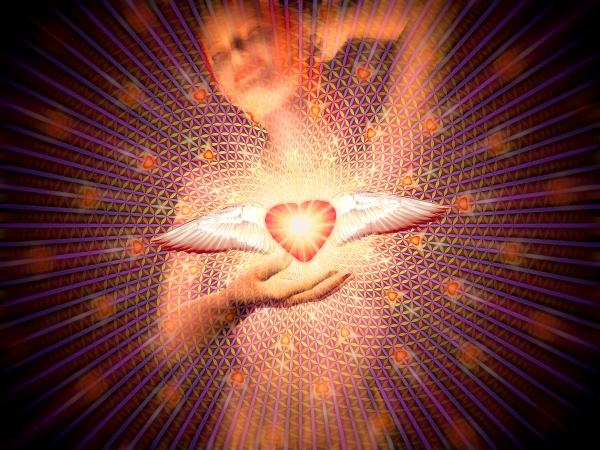 Millions of women reinforced the feminine pillar of all that was Good and Holy. The Divine She herself  rose from her ancient sleep rubbed her eyes and saw all the fractures and wounded parts of herself she had ignored too long. All the scars thru time had reddened and a planetary healing was needed immediately.

Everything within and without the Earth shifted as a plate of light was grafted to the wounded body and heart of Mother Earth. never had she seen such an outpouring of love from her daughters, sons, and believers. As she  watched with great tears in her soul, the heart of Earth proclaimed in all her glory 'so it shall be done!'

Every feminine cell within the living body of Earth awakened to its power, not in a place of violence or muscle but a place of purpose and solidarity of light.  A cord of justice has been struck and resonates throughout the planet without pause. As this resonance is embraced on a cellular by all, a gentle compassion will take form and action.

Like the Dove of the Holy Spirit the message has gone out and will resonate creating a new configuration and paradigm of light. Not only will this chord clang like tinnitus in the deaf ears of those who do not hear, but it will stir the very gods of old themselves.

The pathway of distorted, concave, convex and convoluted energies have been shaped in this sinewy dimensional fissure, and now they demand to be straightened out. A cosmic cesarean birth has opened places in the earth that were not ready to be exposed and are still shaky of construction. A step has been skipped allowing an unexpected event to be birthed before its scheduled appearance. Earth has struck a cord of heart-truth that is being echoed throughout the universe like an opus of peace. Stand tall in your light; shadows only come to warp your point of view and keep you distracted, you have already crossed the line in the sand, no matter if the winds of change swept it away.

+ - Credit Click to collapse
As received by Gillian MacBeth-Louthan
The Quantum Awakening has been Serving the Global Light Community since 1986. This newsletter is Spirit Driven and  has been in circulation since 1986. It reaches a core group of millions of dedicated Planetary LightWorkers. One to one, light to Light, it births itself into completion from that point forward. This newsletter is lovingly crafted by Spirit. Any imperfections in spelling and grammar only enhance its beauty and uniqueness.
www.thequantumawakening.com
Source Here
CrystalWind.ca is free to access and use.
Please donate a small gift of $11.11 or $22.22 or $33.33.
Thank you!
ॐ Namasté - Blessings!