Clarity About This Challenging Time
A+ A A-

Clarity About This Challenging Time 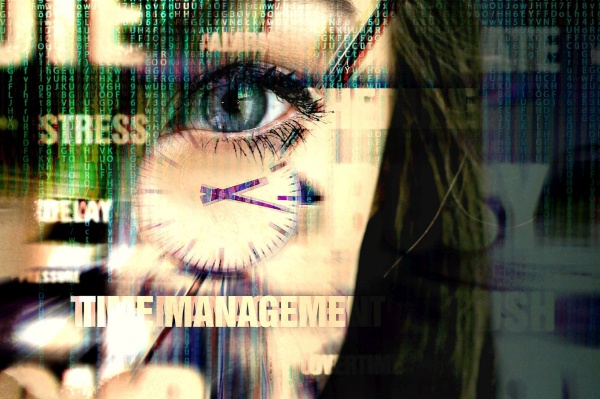 These are interesting but often challenging times that have caused a lot of confusion and fear among people. When we witness the turmoil that has been unfolding in the United States of America and many other places around the World, we logically wonder “How could this be happening when there are so many people invoking the Light and focusing on Cocreating the New Earth?” Today, the Company of Heaven is giving us a perspective that will help us to comprehend what is actually occurring amidst the chaos.

First and foremost, the Beings of Light want us to KNOW that every single request for Divine Intervention is heard and immediately responded to in alignment with the highest good for all concerned by our Father-Mother God and the Company of Heaven. The reason that profound Truth is not as obvious as we would like it to be in the outer world is because there is a process involving Universal Law that must be honored before the physical manifestation of our Light-filled and Heart-based requests will occur.

This Universal Law commands that in order to clear the way for our invocations, everything that conflicts with the Light and the patterns of perfection we are invoking must be pushed to the surface and Transmuted back into Light. The process of pushing the negativity to the surface begins immediately. The confusion lies in the fact that it often takes a while before the evidence of the changes we are invoking is visibly manifest in the physical plane. This does not mean, however, that simultaneously our request for Divine Intervention is not happening. In fact, the surfacing negativity is often used as the vehicle for the Divine Intervention we are invoking.

Due to the need of the hour and the fact that the I AM Presence of every person has now fully integrated into our Earthly Bodies, the Company of Heaven is revealing very specific information designed to give us greater clarity about the purging process we are experiencing. This information may be difficult for some of us to hear, however, the Beings of Light are asking us to be objective observers, to invoke our I AM Presence, and to expand the Flame of Illumined Truth within our Heart Flame as we read the following words.

Our I AM Presence and the Flame of Illumined Truth will help each and every one of us to release and Transcend the corrosive residue of our human ego which, at this time, is using the fear-based illusions and often hate-filled deceptions of “us versus them” to adversely control and manipulate us either deliberately or inadvertently.

Since our fall from Grace, our fear-based and fragmented human ego has manipulated and controlled us so effectively that we developed the destructive habit of using pain as our motivator. As long as we are comfortable we will stagnate forever. It is usually when we are experiencing a great deal of pain that we finally say this is not okay. Only then do we decide we need to do something drastic to make some major changes in our life. Unfortunately, without the Divine Intervention of our I AM Presence we usually decide what changes to make from the lower consciousness of our pain and suffering which is always distorted by a belief in separation and duality.

With the Birth of 2021, the Company of Heaven revealed that the focus for this incredibly important year will be the completion of the self-destructive illusions of separation and duality, thus clearing the way for the tangible manifestation of Unity Consciousness. This level of Enlightened Consciousness reflects the Heart-based patterns of Oneness and Reverence for ALL Life. What this means of course is that everything conflicting with Unity Consciousness must be pushed to the surface and Transmuted back into Light.

We have seen the acceleration of this painful purging process for several years, but on January 6th this incredibly challenging expression of Humanity’s fallen consciousness was thrust to the forefront of Global attention in the most abhorrent way by events in the United States of America. On that day thousands of our sisters and brothers, incited by the gross deceptions of some of our leaders and motivated by hate and anger, stormed the Capitol Building in Washington, D.C. with the intent of overthrowing the Government and assassinating the Vice President and members of Congress.

The Company of Heaven has revealed that the participants of this catastrophic Insurrection were either consciously or unconsciously manipulated by etheric records and memories from their past illusions, false beliefs, mind control, fear, anger, various delusions that their violence would somehow help, and very destructive outer-world influence from the forces of imbalance.

For some people the intent of this horrific act of violence was to create a civil war that would claim the USA for the white supremacists. For others the lies they were told about unsubstantiated voter fraud was the motivation for their actions. For many more the illusion and manipulation occurred when they allowed conspiracy theorists to program their minds with a cult like consciousness. These theorists filled their thoughts with bizarre and erroneous beliefs that indicated Donald Trump was somehow our savior and would rid the United States of America from all evil. This belief was perpetuated in spite of overwhelming evidence to the contrary.

What the Beings of Light from the Realms of Illumined Truth are revealing to us now is a positive result of the horrific events that occurred at our Nations Capitol on January 6th. On that day, as billions of people around the World focused on the “Spiritual Celebration of Epiphany” which metaphorically represents Humanity’s Awakening and Enlightenment, the I AM Presence of every person on Earth was able to accomplish a Healing that FREED us from a critical aspect of our human ego’s oppressive manipulation and control which has been affecting us adversely for lifetimes.

During the terrifying Insurrection that occurred in the USA, the shock and horror of what was happening in America caused Humanity en masse to spontaneously create the vulnerable Heart-space that allowed the I AM Presence of every person on Earth to remove the “Veil of Illusion” that has allowed the oppressive mind control and mass hypnosis by our wayward human ego to control and enslave us for lifetimes.

Aeons ago the “Veil of Illusion” placed over our conscious mind by our human ego blocked the Truth of our I AM Presence. This veil perpetuated our ego’s ability to trick and deceive us into doing its bidding. Now, that veil no longer exists and millions of people in the USA and around the World are in the process of Awakening to the profound Truth of their I AM Presence.

The Company of Heaven said it will take a while for the shock of this Truth to register in the conscious mind of all of the people who were deceived by the hypnotic mind control of their fallen human ego and the forces of imbalance. They said there will be denial, resistance, anger, confusion, disappointment, embarrassment, humiliation and feelings of failure. The Company of Heaven has made it quite clear, however, that all of those feelings are counterproductive and irrelevant.

What matters now is that we KNOW and ACCEPT that we are FREE from the entrapment and mind control of the “Veil of Illusion”. This means that we can now move forward in the Light unimpeded by the destructive influence of that residue from our fallen human ego.

Precious Hearts, during this specific Healing and Awakening process, our Father-Mother God and the Company of Heaven are asking all of us who KNOW the TRUTH of this Celestial Sharing to join forces with them and to hold our sisters and brothers who are struggling with this information in our arms of Light as we flood them with Compassion, Divine Love, Healing, Patience and Understanding.

This Healing is a critical facet in paving the way for the Divine Plan in 2021 and the manifestation of Unity Consciousness. Remember, We are One and the Light of God is ALWAYS VICTORIOUS!

This article is copyrighted, but you have my permission to share it through any medium as long as it is offered for FREE, it is not altered, and the proper credit line is included. Thank You. Source