The Mind, Power and Creativity 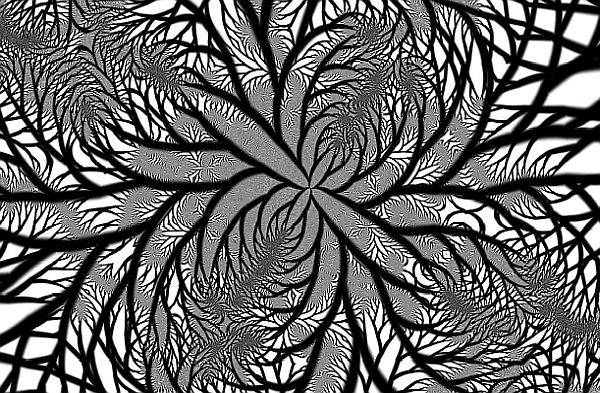 I am so grateful that we have someone like Donald Trump to use as an example of the human mind run amok. He wants total control. Yet he has no clue what he’s doing, and is willing to crush anyone who disagrees with him or is not loyal to him and him alone. The more control he is granted, without checks and balances, the more irrational he becomes. He trusts no one. He wants to appear strong, because underneath, he is terrified he is weak and vulnerable. So his ego is fragile, and paper-thin.

He is willing to compromise the well-being of his constituents just so that he can remain in power. He sees his biggest threat in the feminine, so he tries more and more to oppress her.

So, you may be asking, how is this anything like our mind?  It’s not about politics, or even about Trump.

But he is a worthy example of the extreme of what happens with the mind when it is cut off from the heart and the soul.

You have extreme lack of consciousness, for one. A conscious human is one who recognizes their multidimensional nature. They know that they are not just their body and their mind, but their heart and soul.

And as they do that, they naturally move out of deep survival fears. Their human identity is no longer wrapped up in being responsible for their life, their health, their abundance and their joy. Which, as we can see, the mind isn’t really capable of any of that.  It wasn’t designed to be.

Donald Trump is someone, like many people, who felt vulnerable early in his life, and believed he needed protection. That need manifested as needing total authority, and control, and what better position than President of The United States? How much more power is there? Or, so he believes. But he is discovering that the power he seeks is but an illusion, and is built on a house of cards.

So, even in the most coveted and powerful position anyone can aspire to, he is not yet satisfied. He still feels unsafe. So his desire for power and control is his drug, and he needs bigger and bigger doses as time goes on. And his behavior becomes more and more erratic.  And he becomes more paranoid.

He complains constantly of being persecuted, of being the victim, and that’s because he feeds on the drama, and the attention. As long as the media and his opposers give him that attention, he is fed.

The worst thing for this President wouldn’t be more opposition, it would be others ignoring him.

The human mind isn’t much different, because it thrives on drama, crisis, and conflict. It loves evoking emotions of fear, doubt, and the like. If it fears losing control and becoming irrelevant, It will work overtime to evoke even stronger emotions.  The MENtal mind is a master at baiting us with its emotional drama.

The only thing that can quiet an overactive mind is acknowledging the soul.

The mind isn’t a bad thing. It started out as an important part of the soul’s desire to navigate this environment on the planet.  But over time the human lost its connection to spirit and began to believe the mind, and the body were the human’s identity.

Over time, without the checks and balances from the heart and the soul on this planet the mind became God, and things became more and more mental, and less and less creative. Less and less balanced.

And speaking of God, somewhere it’s written that God made man in his own image,  but of course, it’s the other way around, isn’t it?

So it shouldn’t come as any surprise then that Trump has declared himself the Second Coming.  The King of Kings.  Let’s face it, he doesn’t just want to be president, he wants to be god.  God, after all, has limitless power and authority.

At least that’s the mental, male version of god.

If we feel into mass consciousness we sense that there is a lack of creativity present. If you are over 50 or 60 years of age especially, you probably remember there being more attention to the arts as you were growing up. Especially around the 1960s and 70s.

Creativity, imagination and art always moves the needle as far as societies and civilizations go. Ironically, in a time when technology has made life so much more convenient, and has given people more leisure time for creative pursuits, there is a lack of inspiration and imagination.

It’s as if the mind has become even more cemented into its hypnosis, and it seeks entertainment rather than creative expression.

Consciousness and creativity go hand in hand. The more conscious we become, the more we feel the sensual aspects of life and our soul, and we have a natural desire to express those. Our own creative juices come from our soul wanting to express itself.

It’s no surprise then that attributes such as creativity, which includes intuition, imagination, sensitivity, and sensuality, are not so much valued or rewarded, and are seen as feminine.  Yet a mental, pragmatic, linear approach to life is rewarded, and celebrated. But we can see clearly how allowing the mental/emotional part of us to be in charge of things, at the expense of our heart and soul, leaves us with the Trumps of the world.

And it’s why a small group of humans have incarnated at this time in the Planet’s evolution. We are here to show a new way. A way that is potentially filled with sensuality and creativity. A human who is reuniting with their soul, and becoming standards for a balanced and self-fulfilled being.

We are New Consciousness humans who know that their identity isn’t their human personality and mind, but is their soul nature. And the human persona is an expression of that soul.

We, as souls, are forging a new relationship with our human counterpart.  It’s a relationship built on trust and respect.  There is nothing to fear, nothing to protect ourselves from, and everything to gain.

Image courtesy of pixabay.com
© Copyright 2019 Maria Chambers, all rights reserved. Please feel free to share this content with others but maintain the article’s integrity by copying it unaltered and by including the author and source website link: Maria Chambers. source

We have 723 guests and no members online