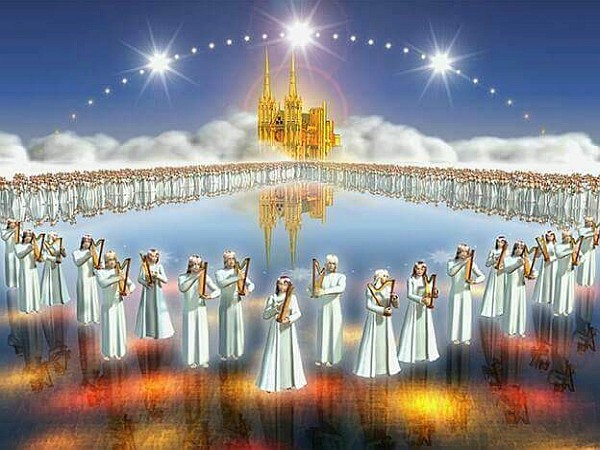 The 144,000 Lightworkers and Lightwarriors were mentioned in the book of Revelation, on the Esmeralda tablets, by the Ashtar Command, Sananda, Native Americans and many others. A great call was sent to all lightworkers in the known universes to come here to help and guide this planet through the process of Ascension. They are one of the most mysterious groups mentioned in the Bible.

The Ashtar Command predicted that those who ascend on the first wave will have the opportunity to return to Earth in an ascended state, to awaken the rest of humanity to the opportunity for ascension. The book of Enoch supports this prediction by speaking of the sudden appearance of 144,000 Ascended Masters on Earth, who will transform the world and reject clouds of darkness and despair.

The appearance of 144,000 teachers is also predicted in Native American prophecies. In April 1983, the master of medicine, Harley Swiftdeer, declared that 144,000 enlightened masters of the Dance of the Sun would awaken fully in the body of their dreams. They will begin to gather in their own feathered snakes or winged serpent wheels (Merkabah) and will become a great force of light to help the rest of humanity to dance their waking dreams.

This would also provide an explanation for the 144,000 mentioned in the book of Revelation. Revelation chapter 7 refers to countless numbers of each nation dressed in what John regarded as a white robe. This could have been his perception of the light bodies that adorn the crowd, following the trail of 144,000, to ascend the second and third waves of ascension. John also said that these were the ones who were purified in the time of great distress, a seven-year period of great tribulation. This would correspond to the natural disasters that were predicted as necessary for the Earth to purify itself from industrial civilization and pollution before its own ascent.

Most of the 144,000 are now in the process of "Awakening", coming out of their long mental and spiritual hibernation, realizing that they are here to assist in the great transformation of the Earth. Cellular memories of the 144,000 were planned, timed and activated to "leave" at this time and awaken to their true identity, mission and purpose to incarnate on Earth at this crucial time in Earth's history.

We arrived and entered the 11th hour of the Great Change taking place on Earth, and it was time for each and every one of the remaining 144,000 to wipe the dream of half-life from their eyes, hit their foreheads and undo the dream of materialism. wake up and dedicate yourself to the titanic task of saving this planet!

The sleep masses of the Earth will not save the planet. Only the 144,000 Lightworkers can save the planet. But ALL 144,000 Lightworkers MUST take their place and take it NOW! The time for confusion, hesitation and procrastination is over! There is a planet to save. And we are the ones who signed up to save you! A member who does not find and does not assume its publication may jeopardize the entire Mission. If that sounds galacticly serious, it is. If you think we are on another "routine mission", think again. This is the largest mission that the Great White Brotherhood has undertaken in the past 200,000 years. The eyes of the entire galaxy are upon us. Looking to see if we made it or not. Observing whether the Earth will be saved or destroyed. In the End Light will be Victorious!!!”

Order of the Light