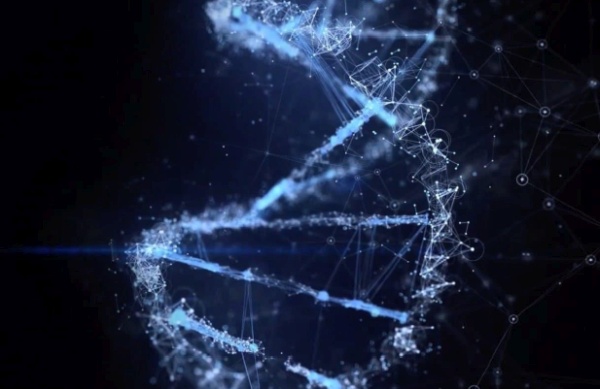 We Are Witnessing Its Total Collapse.

As we are navigating through the remains of the third dimensional matrix, we are being challenged to the very core of our beliefs and emotional responses as they all are being triggered in unprecedented ways.

There's no shame in being human. There's no guilt in experiencing emotions. The importance is how you deal with it and how you act upon your emotions.

Being human and having the depth of emotions only humans have is what makes life on planet earth so desirable. It's the experience of life that is offered only on earth which is contrary to existence and being as other life forms on other star systems.

The human race cannot and will not continue to live from the ego, unaware of spirit, disconnected from the astral world, and chronically deficient of divine light and love.

Ten years ago, we naively thought that when the time of change would finally arrive, we would be in utter joy, peace, and abundance. The human part of each of us held tight to the idea of a romantic and beautiful paradigm shift. We ignored all the warnings of the Pleadian, Andromedan, Arcturian, and Lyran elders of the Galactic Federation. This doesn't mean that there is no light at the end of the tunnel but rather that is gets darkest right before the dawn...

Many on planet earth are responsible for severe crimes against humanity. They are guilty of unleashing Armageddon on the peoples of earth in form of a global mass genocide. This is the greatest holocaust and it has been well prepared, planned, and executed by the dark forces. Make no mistake, judgement day is coming. But in the meanwhile, the tragedy commences. These are testing times.

I find it shocking and sad that the "spiritually awakened" seem to be obsessed in finding out "who they are" and run from one pseudo psychic to another for answers that serve no one. Lo and behold they all always return as gods, goddesses, archangels, kings and queens. Let alone all those Jesus, divine mother or divine father incarnates. There are so many made-up versions of The Galactic Federation it is mind blowing. And always followed by ridiculous and embarrassing claims that their made-up version is higher than all the others and the being they truly are is more powerful than anyone else. This decadence is disgusting, dumb, and a complete waste of everyone's energy. It's like being stuck in kindergarten forever. Instead of focusing at the task at hand people are stuck with trying to come up with some bla bla why this or that is not this or that way but their version of things is the final truth.

The new age is a new cage. A psychological operation master piece.

Meanwhile our relatives are getting the quackcine and therewith signing their own ascension exit verdict. Mothers are worried to shreds for their adult children who won't listen to their advice. Spouses can't convince their partners. Children are seeing their parents seal their destiny. All by taking the lethal injection.

It is OKAY to admit your heart is broken. It is OKAY to cry and feel overwhelming sadness and pain. It is OKAY to fear for your loved ones' safety. You are human. You might also be a starseed but understand one thing, you have chosen to be human in this lifetime. This is the bottom line. Constantly trying to find out which star you're from is escapism when true spirituality is about arriving in the now here moment, the only time and place where you exist.

Now is the time to allow these emotions to move through you. Acknowledge them and embrace them. They are there for a reason. Meditate to keep a sense of clarity and open your mind to divine guidance.

Now is the time to be strong. To be wise. To be patient. To be compassionate.

I have to emphasize the importance of meditation. Do not expect anything in your life to change for the better if you cannot sit in silence with nothing but your own presence for at least 20 minutes per day.

I wish that you will all finally understand that there's no outside source to tell you who you are or what your mission is. This answer lies in the stillness of your heart. In the silence between your breaths. Here you will find your god power that is beyond any labels. Labels belong to the 3D matrix that is crumbling like a cheap house of cards. But it is not going down without a big bang.

Take a deep breath and know that it is your conscious awareness, your level of understanding and seeing the bigger picture is what this word desperately needs.

Say out loud: "I want to evolve. I call light into my being. I want to heal." It is your light that lights the world.

Most of my own human family have already taken the quackcine. And I have a big family. I know that we are all going through this misery at the same time. We must understand that these are people with outworn beliefs whose frequency is no longer in resonance with New Earth. They are not even aware that there is a New Earth emerging.

I have so many clients who come to me asking for help and guidance in this regard. All I can do is recommend the ascension supplement to everyone and pray and hope they will take it. Those who take the shot will be safer and healthier and might survive the poison if they take the ascension supplement. And those who say no to the prick, must take it too. First, to protect their bodies from whatever it is the others are shedding and second, to help promote DNA repair and upgrades for physical ascension.

Help is here. The patented technology to drink a liquid that stimulates the DNA to do what it needs to do during ascension is here.

The light forces are fighting, negotiating, and assisting the humans on earth to safe themselves in unimaginable ways. The problem are the humans themselves. They have such high expectations that stem merely from their egos that it is simply impossible to meet their demands.

Life is what you make out of it.

Now, what do you choose? A negative thought or comment? Or do you recognize the opportunity and grab it and make it yours?

Your reaction is all you need to know about yourself and where you are at within this last battle of life or death. Your reality is determined by your belief systems. Those who cling to their 3D indoctrinations are about to leave this reality which we call life on planet earth. Because the planet herself is leaving this reality and shaking off all who do not resonate with her higher frequency.

What are the expectations you have attached to your outworn beliefs? If you can find and determine your errors now you will shift. All the tools have been given. Let the wisdom of your heart guide you.

May the source be with you. A'HO