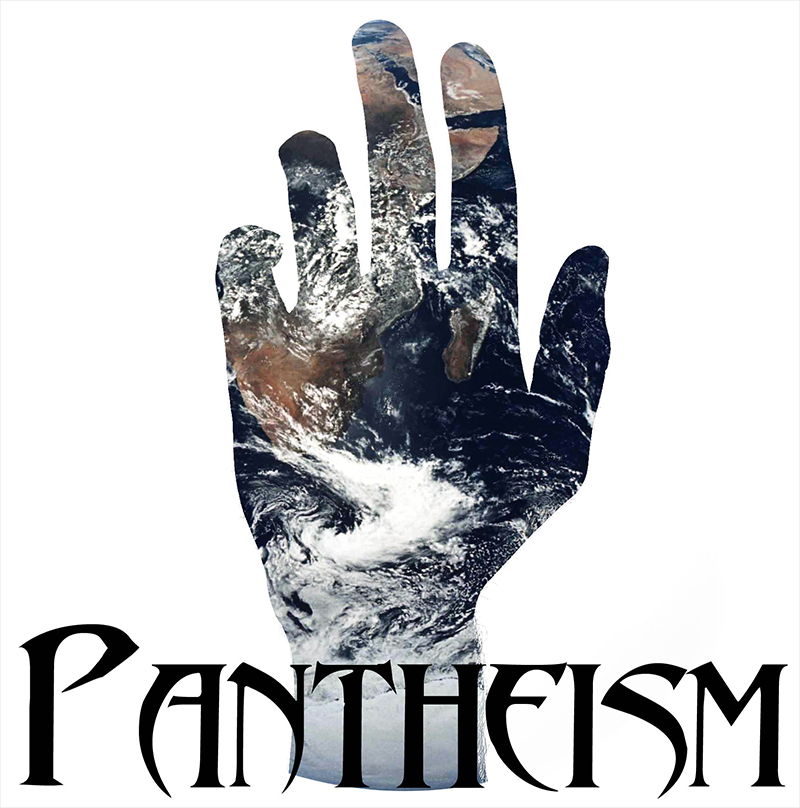 A religion old or new, that stressed the magnificence of the universe as revealed by modern science, might be able to draw forth reserves of reverence and awe hardly tapped by the conventional faiths. Sooner or later, such a religion will emerge.-  Carl Sagan, Pale Blue Dot (1994)

Are You a Pantheist?

When you look at the night sky or at the images of the Hubble Space Telescope, are you filled with feelings of awe and wonder at the overwhelming beauty and power of the universe?  When you are in the midst of nature, in a forest, by the sea, on a mountain peak - do you ever feel a sense of the sacred, like the feeling of being in a vast cathedral?  Do you believe that humans should be a part of Nature, rather than set above it?

If you can answer yes to all of these questions, then you have pantheistic leanings.

Are you sceptical about a "God" other than Nature and the wider Universe, yet feel an emotional need for a recognition of something greater than your own self or than the human race?

If so, then pantheism is very probably your natural religious home. If you want to see why others chose it, then check out Why I am a pantheist. 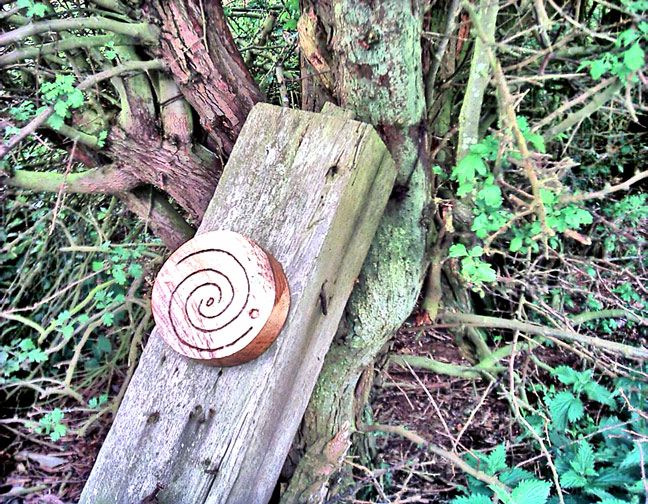 Pantheism is older than Buddhism or Christianity, and may already count hundreds of millions among its members. Most Taoists are pantheists, along with many Chinese, Japanese and Western Buddhists, deep ecologists, pagans, animists, followers of many native religions, and many Unitarian Universalists. The central philosophical scriptures of Hinduism are pantheistic. Many atheists and humanists may be naturalistic pantheists without realizing it.

Scientific or natural pantheism is a modern form of pantheism that deeply reveres the universe and nature and joyfully accepts and embraces life, the body and earth, but does not believe in any supernatural deities, entities or powers. 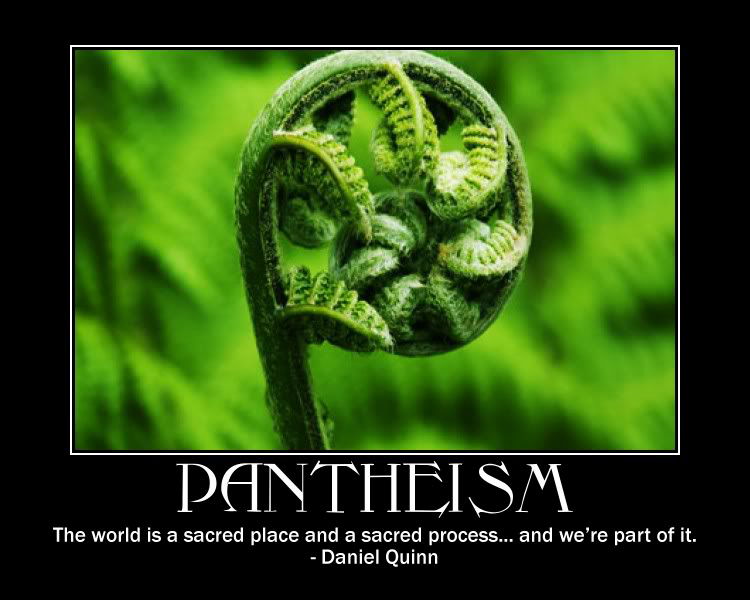 At the heart of pantheism is reverence of the universe as the ultimate focus of reverence, and for the natural earth as sacred.

Scientific or Natural Pantheism - Pan for short - has a naturalistic approach which simply accepts and reveres the universe and nature just as they are, and promotes an ethic of respect for human and animal rights and for lifestyles that sustain rather than destroy the environment.

When scientific pantheists say WE REVERE THE UNIVERSE we are not talking about a supernatural being. We are talking about the way our senses and our emotions force us to respond to the overwhelming mystery and power that surrounds us. We are part of the universe. Our earth was created from the universe and will one day be reabsorbed into the universe. We are made of the same matter and energy as the universe. We are not in exile here: we are at home. It is only here that we will ever get the chance to see paradise face to face. If we believe our real home is not here but in a land that lies beyond death - if we believe that the numinous is found only in old books, or old buildings, or inside our head, or outside this reality - then we will see this real, vibrant, luminous world as if through a glass darkly. The universe creates us, preserves us, destroys us. It is deep and old beyond our ability to reach with our senses. It is beautiful beyond our ability to describe in words. It is complex beyond our ability to fully grasp in science. We must relate to the universe with humility, awe, reverence, celebration and the search for deeper understanding - in many of the ways that believers relate to their God, minus the grovelling worship or the expectation that there is some being out there who can answer our prayers.

This overwhelming presence is everywhere inside you and outside you and you can never be separated from it. 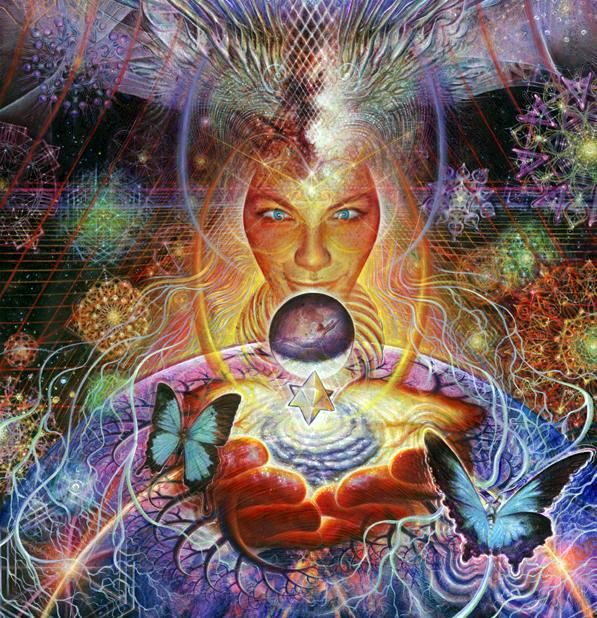 When pantheists say WE REVERE AND CARE FOR NATURE, we mean it with just as much commitment and reverence as believers speaking about their church or mosque, or the relics of their saints. But again we are not talking about supernatural beings. We are saying this:

We are part of nature. Nature made us and at our death we will be reabsorbed into nature. We are at home in nature and in our bodies. This is where we belong. This is the only place where we can find and make our paradise, not in some imaginary world on the other side of the grave. If nature is the only paradise, then separation from nature is the only hell. When we destroy nature, we create hell on earth for other species and for ourselves.

Nature is our mother, our home, our security, our peace, our past and our future. We should treat natural things and habitats as believers treat their temples and shrines, as sacred - to be revered and preserved in all their intricate and fragile beauty.

A positive approach to life on earth. 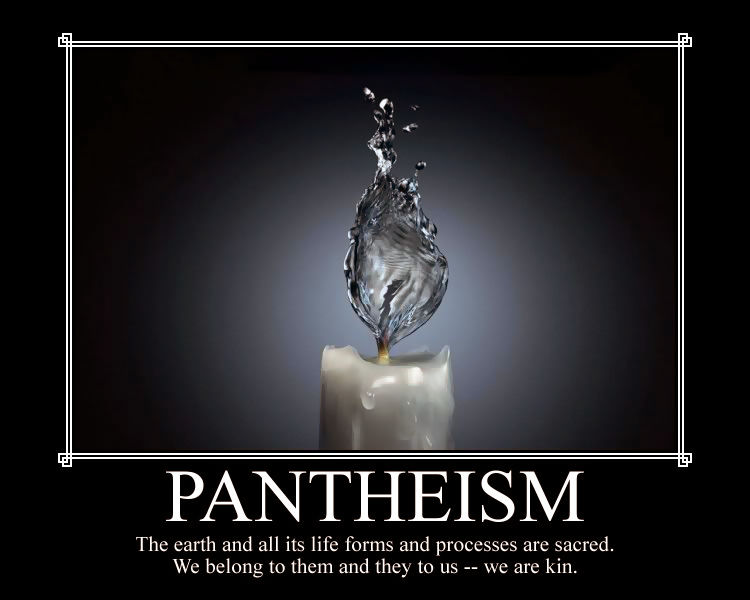 Scientific Pantheism offers the most positive and embracing approach to life, the body and nature of any philosophy or religion. Our bodies are not base and evil: they are good. Nature is not a reflection of something higher: it is the highest. Life is not a path to somewhere else: it is the destination. We must make the best of while we have it.

Scientific Pantheism is rooted in the present world. It reconciles concern for humans, and concern for the planet. It places life, not death, in the focus of our concern.

Scientific Pantheism has as its central motto:

Pantheism fosters a mind that accepts the world: a mind alert to vibrant reality, in touch with the senses, receptive to the energy of the body and the universe. A mind fully awake to nature, open to new knowledge, responsive to the beauty of the natural world.

Pantheism fosters a mind that accepts life, the body, and the self: a mind that is free from guilt about original sin or inability to be a martyr; free of anxiety about death or the possibility of eternal punishment beyond death.

Pantheism fosters a sane and whole mind that respects reason and evidence, that will not accept key beliefs without rational basis, simply on the claims of ancient scripture or the assertion of gurus. Pantheism demands no faith in impossible events and secret revelations.

Pantheism satisfies our need to revere something greater than ourselves - yet never turns its back on the earth, and never departs from the evidence before us. Pantheism fuses spirituality and science, mind and body, humans and nature.

Transcendental religions - especially primitive Christianity and Theravada Buddhism - have a negative attitude to the body. The body is seen as a temporary container for the soul, or as a disgusting bag of foul substances.

Pantheism has a totally positive attitude. The body is natural and is sacred like every other part of nature. Its pleasures are good and not evi, as long as they are pursued without harm to one's health, to other humans or to nature. Looking after the body, preserving its health and fitness through a healthy diet and exercise, are things we can and should do without slinking feelings of guilt.

For transcendental religions the whole earth, like the body, is merely a temporary stage which will be destroyed before the Last Judgement, or will vanish when we realize that it is mere illusion. 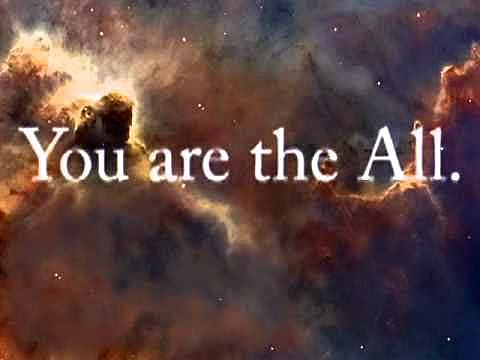 In this situation it is becoming impossible to believe in gods other than the Universe itself, or gods who created this ungraspable immensity just as a frame for our tiny presence.

During this same generation we have lost our citizenship of this earth, and risk losing our delicate foothold in the cosmos. We have acquired the power to modify life, to alter ecosystems, to change the planet itself and threaten the future of every species, including our own.

Today we need a spiritual approach that provide powerful backing for environmental action. Yet the three largest Western religions provide only feeble support.

A religion old or new, that stressed the magnificence of the universe as revealed by modern science, might be able to draw forth reserves of reverence and awe hardly tapped by the conventional faiths. Sooner or later, such a religion will emerge.

back to top
Are You a Worthwhile Investment?
Words — Untangling Their Power Over Your Life In The Matrix
The Faery Referral Network

We have 1536 guests and no members online