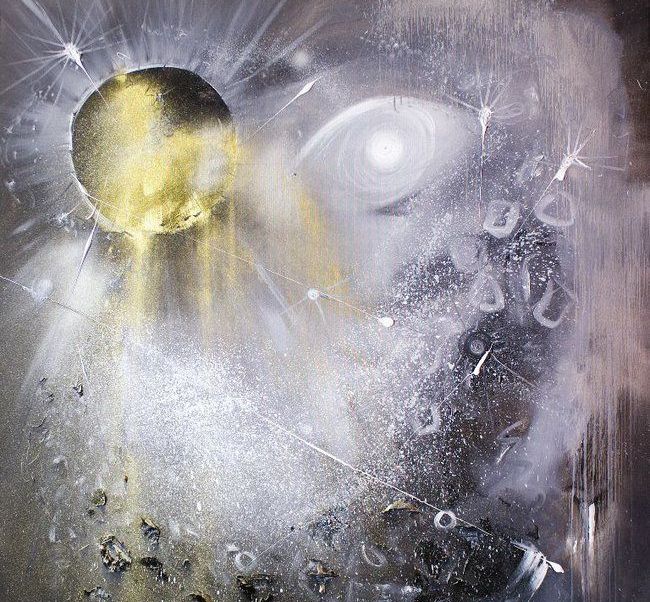 The term VOID OF COURSE refers to the condition of the Moon between the moment it performed the last major aspect with another planet in its current sign and the moment of stepping into the next sign.

The abbreviation of "void of course" is VOC.

No aspects, no events

The old rule is this: "no aspects, no events". It is commonly considered in the traditional astrology that the Moon carries the signification of the upcoming events, but only when she relates to other planets by a major aspect. The nature of the other planet and of the aspect, the position by sign and house of both the Moon and the other planet, will determine the kind of event to expect. When there are no further aspects to perform in Moon's current sign, no relevant events may happen.

The void of course Moon periods are characterized by inconsistency, a weird feeling of being somehow detached of reality and immersed into the cosmos, into the interplanetary space, floating somewhere among the rings of Saturn or the hoard of asteroids. Evidently, this is very beneficial for the spiritual oriented people who will find this time as most auspicious for their spiritual endeavors.

Benefits of this period

Everyone can benefit from this moments, the void of course Moon periods are truly great for taking a break from the common activities, for relaxing, for listening to music or reading literature, for catching up with house work or other routine activities that do not require much focus.

What not to do during this time

The void of course Moon periods are most unfavorable to do anything that require a specific desired outcome, with a very wide range of actions that include sending emails or faxes, applying for a job or contest, asking for favors, getting married or going out to date someone for the first time, starting a lawsuit or a business, announcing anything, buying important items such as a car, a property, etc.

The basic rule is: when you want something to happen, if you want to be successful, avoid the void of course Moon periods, at all costs.

However, if you wish something not to happen, then choose this moment. Example: suppose that you want to avoid a conflict with someone, but you have to visit him/her, go there during a void of course Moon period.

These periods occur every two days and a half, which is the average time of the Moon's passing through a sign. They last usually a couple of hours, the range being from a few minutes to even the entire two days and a half period, when the Moon makes no major aspects to other planets from its current astrological sign.

The void of course Moon period is only interrupted by Moon's aspects to the Part of Fortune (Pars Fortunae), a virtual point calculated by the formula Ascendant+Moon-Sun during the day (from sunrise to sunset) and Ascendant+Sun-Moon during the night (from sunset to sunrise). These ephemeral aspects last usually a few tens of minutes and are "astrologer's honor saviors", as they allow selecting a decent moment for a client to perform an action, during an otherwise negative period for action. Of course, this applies to the positive aspects of the Moon to the Part of Fortune (conjunction, sextile and trine).

William Lilly, a most reputed medieval astrologer, said that when the Moon is void of course in Taurus, Sagittarius, Pisces, and Cancer, it "performs somehow", that is when the Moon currently occupies a sign where a benefic planet (Venus or Jupiter) is exalted or ruler, it can lead to a favorable outcome in selected cases.

More on Void of Course Moon

I'd like to share some more thoughts and observations on this influence, which seems to have a great importance in our life. (previous article: here)

As I'm writing during a void of course Moon I hope that this article will just give you the narration of a first-hand experience with this influence, rather than be a failure by itself.

It is generally known that when the Moon is void of course it is not a good time to start anything because it will eventually fail. It is especially a bad time to plan things, but also to try to reach concrete goals, to materialize ideas.

I think it happens by altering our mental perception. I've noticed many times how the same idea that occurred to me to be great during a void of course Moon period, would seem to be actually to be dull afterwards. Even more, this period seems sometimes to be very prolific in ideas that proved to be very inconsistent and useless.

In time, I've learned not to trust any new idea that came to me during this time. I just check the current astrological chart and keep in mind that the Moon is void of course and postpone any plans and ideas until it is over.

It is not easy to accept that our lives are so greatly influenced by the "stars", but it is wise to accept it and live with it the best we can. I feel that it is very important for us to be very aware of this influence, more than any other transiting astrological influence.

It is all about efficiency. In the time we will learn how to use effectively this period for maintaining operations and other less important activities. Some businesses should even close their doors during this time, if the nature of their activity doesn't allow them to slow down.

So, what is this period good for, then?

If you're at home, use this time in order to get some sleep or to rest, you'll have a very good and deep sleep. Clean the house, eat, watch television, pay a visit to someone you don't particularly like but you have to visit. Do those tasks and activities that you usually don't have the patience to perform; you'll find out that you can work quite diligently. You can even schedule them to be done only during a void of course Moon.

Pray, meditate or study a spiritual matter. The mind is naturally turned inside; very little disturbing thoughts will come up. This is a great tip for a successful spiritual life in our times when everything is done in haste and one doesn't have the patience to just sit and pray.

It is not a proper time to do astrology, at least not those branches of astrology that require one to reach a very specific goal: electional astrology or rectification of the birth time. You might study a natal chart, though, your understanding of it will benefit from your intuition or some spiritual meditative approach.

Follow the above recommendations. Carefully observe what happens. You will notice an important improvement in your overall efficiency.
Check the void of course periods here!

WHEN THE MOON IS "VOID OF COURSE" THERE ARE DELAYS, FALSE STARTS AND UNEXPECTED HASSLES. Some people call this a "curve ball." This is because the moon will be moving between two different signs. This can last between a few seconds, minutes or hours and it can sometimes last a day or two. When the energy is faulty and unexpected, refrain from making decisions because judgment could be faulty because you would be making a decision when all the factors are not known. Do not sign contracts, shop or promise anything during this time. Also refrain from getting your feathers ruffled when the moon is "void of course" because it is better to just submit to spontaneity. How Fun? It can be plenty of fun if you work it right!

The 'Moon' itself describes what your immediate emotional response looks like with regard to daily Life circumstances, everyday affairs and domestic scenes. The Moon is a fast moving planet and changes every 2 - 2 1/2 days. How's that for dynamics and the ebb and flow of relationships? It also represents the attitude that you developed in childhood from your family.

Look at it this way . . . you know how you feel when you move from one house (residence) to another house (residence)? There is a lot of packing, moving about and just general chaos keeping track of all of your stuff in trucks as it's being shuffled from one house to another. Well the energy of a planet preparing to move feels the same chaotic way. Energy is shifting and it feels off balance and cranky to say the least. This is not the time to sign something new or make a new plan while you are in the midst of change. If you notice in the dark blue areas of each of my calendars I call your attention to the 27 to 3 degree time period. So the degrees involved are 27, 28, 29, 00, 01, 02 and up until the start of 03 degrees. I calculate the start of the void at 27 degrees 00 minutes up until 02 degrees 59 minutes 59 seconds . . . once the next second ticks away and the 3 degree mark is reached, then it is out of the void and the planet has settled into the next sign. Now compare this to how you feel when you move from one house (residence) to another and need to get settled. I have checked some of the other Void of Course Moon Calendars out there on the web and I can tell you based on the time zone they have listed, it doesn't make sense and the Moon is 'still' making aspects to other planets. Go figure.

We have 1674 guests and no members online