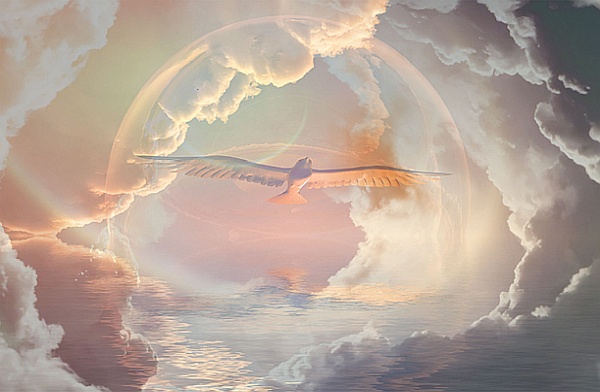 Do you remember being fascinated with faraway lands as a child? Or obsessed with a certain era of history?

There’s a reason for this. You most likely lived in that time or place in another life.

As a child, I was very aware of past lives.

I thought about them all the time. (Spoiler alert – I was not a “normal” child!).

When I was seven years old, I learned to play the piano. I distinctly remember when my teacher was showing me how to read music, I had a recollection of learning it in another life, so I thought it was easy.

I had the same experience with math.

As an adult, when I started studying numerology in-depth, I discovered that Pythagoras, who is considered the “grandfather of numerology” had a Mystery School. In this school, people learned math and music, as well as astrology and numerology. They were also vegetarians.

Aha I thought! Though I grew up in a family of carnivores, I became a vegetarian when I was 15! I also always loved Greek art, culture and theater.

Most children forget their past lives by the time they’re old enough to speak about them.

And yet, the remnants of past lives live within us all the time.

We’ve all see these children on talent shows who have a preternatural gift. Yes, there’s genetics, but the reason that they chose their parents before they were born is to help them nurture their gifts.

You also have phobias that you bring from past lives too.

Do you have a seemingly irrational fear that you can’t shake? It’s probable it came from a trauma you experienced in a past life.

Children carry these fears with them in their subconscious. Yet, most of them don’t remember where this phobia came from.

Some children remember past lives in vivid detail.

Many times, if a child has nightmares or is obsessed with a particular era in time it’s because they have unresolved trauma from a previous life that ended suddenly or tragically.

University of Virginia has a psychology professor named Jim Tucker who documented thousands of such cases in great detail.

There are 2500 cases of children’s past lives documented in the University of Virginia files.

Professor Tucker has been investigating claims made by children for over fifteen years. These children, who are usually between 2 to 6 years old, are often able to provide specific details about their past lives that they can be traced back to an actual person.

There’s one well-known case of an 11 year-old boy named James Leininger. He was plagued by nightmares, and drew frightening pictures of planes over water engulfed in flames.

He knew things that he couldn’t possibly have known even looking on the internet. The obsession the boy had with his previous life and the trauma he was re-experiencing never ceased.

Finally, he was able to return to the location where his plane went down in his previous life. With the assistance of some caring adults, he was able to release the trauma of that event from his subconscious, and was finally free to go about living a normal happy life.

Ask your children what they remember.

Many parents assume their children are exercising their imagination when they speak of their other lives. Yet, they might be revealing actual memories

When your child speaks of other families or a different time or place, ask them questions about what they remember. They just might reveal to you some secrets from the Other Side.

+ - Credit Click to collapse
Kari Samuels
My intention for you is that you stop​ playing small so you can dream big and live large. You can experience TRUE happiness. You can wake up every morning feeling excited because you are enjoying a life of freedom, sharing your God-given talents that only you can express.Yes, you can have an incredible life. I’d love to show you how. I can help you realize your dreams and live your soul’s purpose.
There’s so much more to you than you ever imagined. We’ve only just begun…
karisamuels.com
source