In The Afterlife: Do You Stay An Individual Or Merge Into Total Oneness? 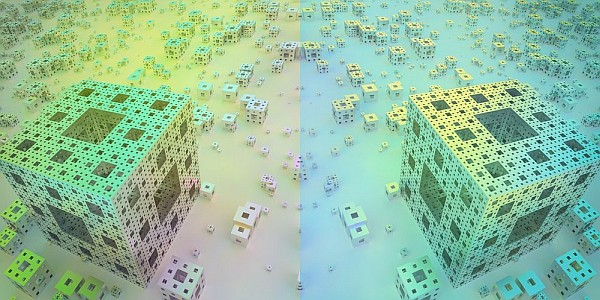 Discreet Identity or Total Oneness Consciousness In the Afterlife...

which one is it?

Some authors point to a total loss of identity and a return to one universal consciousness in the afterlife.

On the other hand, from the evidence of so many near deaths and from most spiritual mediums, it seems the identity of the individual remains intact, and I'm struggling with this apparent paradox. Which is it?

I tend to identify more with the first statement, due to the very apparent insanity of the ego everywhere. I wondered what your thoughts on this are, as you have plenty of direct encounters with the other side as well as its nature.

Because the spirit, our soul, our oneness all consist of the same baseline materials as all the rest of the universe, it only makes sense one could apply the universal principles of physics, light, and electrical behavior, here as well.

In 1905 when Albert Einstein claimed that light, electrons in a continuous stream, behaved as both particles and waves, no one believed him. Now we know that duality theory states that indeed, light behaves as a duality, and that electrons can operate as both particles and waves and all this depends on who observes them, the experimental conditions, and the circumstances, but that yes: you can both achieve and witness both outcomes -  a wave experience and a particle experience witnessing - from the same substance.

In mediumship, likewise, it is still considered that there are both discreet beings you can communicate with and also non-discreet, collective forms on the other side, and which you witness depends on:

My field demonstrates this duality theory very clearly as well - sometimes to the pure frustration of the medium!

In some sessions, you will have discreet beings coming through, in others, you have more nebulous type forces that seem to be two persons at the same time or coming as one gaseous force together. It can get frustrating and in The Spirit Identification Key we talk about how to pull these things apart. Though here's a tip: If you are calling in some spirits and they all start blending together, acting more as waves than as particles, pay attention to the colors of light you see, as this normally distinguishes each being from the rest, even if they do blend a bit.

For the medium, when this happens, it can be difficult to track what's going on and this can be very upsetting - to both mediums and their sitters who specifically want to talk only one individual usually, not all individuals, at the same time. (Sometimes a medium's job is really just yelling at spirits, "Only one person talking at a time!" You'd think they'd remember as adults but not always is the case).

Anyway, the frustrations mediums have had describing and demonstrating this topic to sitters are not at all, unlike the frustrations many scientists have had trying to pin down the electron. But... it only makes sense when you apply wave-particle duality theory, and also, the knowledge that when something loses its physical container, it's hard to track and get to keep a shape.

So to recap: wave-particle duality theory and personal experience would tell us the answer is: it's both, and that experiencing both oneness consciousness and discreet beings is possible, though it's not always at the same time.