Solstices and Equinoxes : An Esoteric Perspective

Solstices and Equinoxes : An Esoteric Perspective 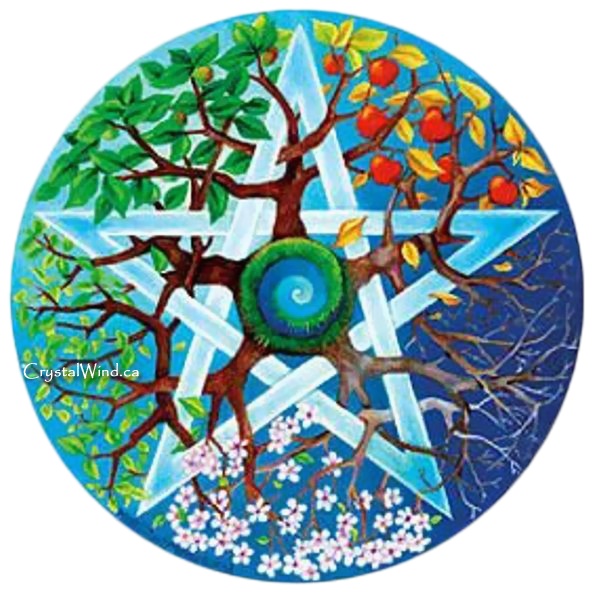 The seasons of the year are caused by the tilt of the earth’s axis. Because the earth is rotating like a top, the North Pole points in a fixed direction continuously - towards a point in space near the North Star. So during half the year, the southern hemisphere is more exposed to the sun than is the northern hemisphere. During the rest of the year, the reverse is true. The time of the year when the sun reaches its maximum elevation occurs on the summer solstice — the day with the greatest number of daylight hours. The lowest elevation, and the first day of winter, occurs when the night time hours reach their maximum.

The Seasons, Christianity and Astrology

Each of these four points are each related to soul unfoldment and certain initiations. The ancients celebrated them in four great Festivals. Adopted into Christianity they became the chief religious festivals of the Church.

In Australia we know that the seasons and Christian Festivals are reversed. It is the astronomical aspects of the seasons which are important in the Mysteries, not where one may be located on the planet.

In the northern hemisphere - which gave rise to the earlier Mystery schools, the festivals fall in, and are associated with certain astrological signs and this northern relationship will be continued in this essay. But once again, this situation is reversed in southern skies, and the interesting implications for the celebration of the Summer Solstice with Christ - mass, will be explored at a later time.

The Solstices and Equinoxes, and the Journey of the Soul

The period of increasing light - from Winter to Summer Solstice, represents the release of the soul from its physical tomb, and its ascent back to its spiritual home!

But the Wisdom Teachings suggest it takes hundreds of incarnations to achieve this! Many, many cycles of the Earth around the Sun must occur before a soul achieves what one annual cycle symbolises.

Additionally, the process is complicated by the fact that there are two ‘Paths’, or directions in which human souls travel, on the Wheel of Life.

This is the longest day of the year.

The first physical incarnation of the soul in humanity occurs in Cancer, so the series of incarnations could be said to start at the Summer Solstice (which is related to Cancer in the northern Mystery Schools). It is called the Gateway into Life - for the personality, but ‘death’ to the soul. Young souls seek experience in the material world through this sign.

This represents either the full flowering of the ego (symbolized by Leo), or the complete liberation and spiritual glorification of the soul. On cosmic levels, the Hierarchy ruled by Cancer is no longer in physical incarnation. Its densest point is anchored on cosmic astral levels, illustrating the high potential this sign represents.

Neptune rules Cancer on the soul and Hierarchy levels, relating it to Pisces. Additionally, Neptune is related to the Christ. In Pisces we have the emergence of a World Saviour such as the Christ, and this the Summer Solstice also represents.

"The Summer Solstice is to the esoteric Christian a Festival of the Ascension of the Christ. The joy of the cosmic Ascension sets its impress of ineffable loveliness upon the whole earth, with each tree, each shrub, each plant, crowned in glory; while Angels chant and fairies frolic in a perfect abandon of delight." [Corinne Heline].

At the Autumn Equinox, the length of day and night hours are equal, but light is decreasing. In northern hemispheres, the equinox falls in Libra - the sign of balance!

After ‘birth’ in Cancer, and many incarnations through all signs of the zodiac, the developing ‘ego’ has grown stronger, until it reaches a point, where it is as strong as the soul, and neither dominates in the life. They are evenly balanced.

Libra is the hub of the great Wheel of Life - in this sign one has opportunity to reverse the mode of progress and step from the Path of Materialism (moving further away from spirit), onto the Path of Discipleship (the return path to spirit).

For the person who in Libra, chooses to continue journeying on the Wheel of Life in the normal manner, the following three months after the Autumn Equinox, represent those series of incarnations which see the complete immersion in matter.

Then the Winter Solstice - the longest night of the year, represents the deep and complete entombment of the soul in matter! In northern hemispheres, the Winter Solstice falls in Capricorn, the sign representing deepest materialism! This period is symbolic of the biblical story of the prodigal son, who leaves his father’s home, and totally indulges his desires, is totally immersed in materialism.

Winter in this case, and the disappearance of flowers and foliage represent the aridness of life of the person, devoid of soul influence.

But for the person who in Libra chose to reverse his mode of progress on the great Wheel, and step onto the Path of Discipleship, the period between the Autumn Equinox and Winter Solstice represents one of tremendous effort and striving - the necessary purification of the lower life, preparing it to be a fit temple for the soul.

Winter in this case, represents the stripping away of the personality attachments and desires, until it is a colourless form. The Christmas birth represents the ‘transfiguration’ of the soul, where the initiate knows himself to be a true Son of God.

This is related to the third initiation where the bastion of the ego consciousness - the Dweller of the Threshold, is obliterated by the light of the Angel of the Presence. Spirit dominates matter, the higher rules the lower, we see the emergence of a world initiate!

At the Spring Equinox, the length of day and night are once again equal, but light is increasing. In northern hemispheres, the equinox falls in Aries.

On the ordinary wheel, another cycle of incarnations where the soul is identified with matter begins. In this case, the increasing light represents the growth of personality self awareness. The personality is becoming dominant in its environment.

But on the reversed wheel, the dominance of the soul in the lower worlds is evident, with the flowering of creative talents and faculties, and service to the environment. The soul in all its glory, beautifies the outer life! The Christ aspect is blooming.

The Christian Festival of Easter is celebrated at this time. This is called the Festival of the risen, living Christ.
Aries is ruled by Uranus on the Hierarchy level, relating it strongly to Aquarius! The journey of the soul in incarnation, which begun on an impulse in Aries, has been consummated with the appearance of a World Server in Aquarius! This the Spring Equinox also represents.

Love and Blessings for the Sacred Seasons!