Ashian: How to Live a 5D Life

The Myth Of The 144,000 Lightworkers - Ascension Guides 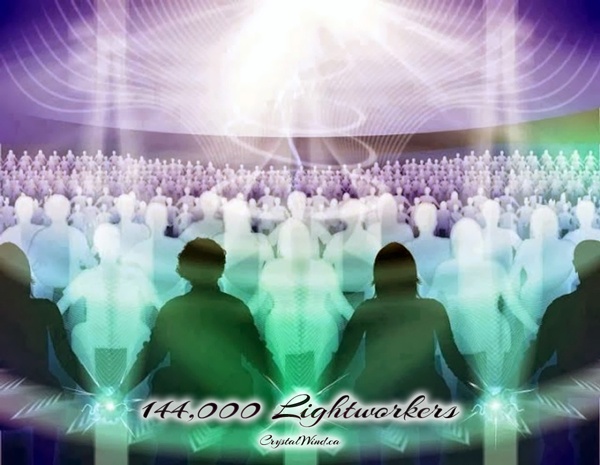 We can start with the myth of the 144,000 lightworkers, which is not a myth but completely true.

What, on the other hand, has been distorted and misinterpreted on earth is its meaning and purpose. From a three-dimensional perspective, these 144,000 lightworkers are often seen as the unique ones who will save the world.

You earthlings have an ability to value things as better and worse, bigger and smaller, more powerful and less powerful, which is to your great disadvantage even if it has at most been the whole purpose of the duality on earth.

To learn what unconditional love and unity are, you needed a contrast, the contrast is duality, that is, good vs bad.

Everything in the universe is made up of a perfect symphony of codes, shapes, numbers and patterns, you on earth call this the divine geometry.

Everything has its place for everything to exist, existence itself is a dance of perfectly composed patterns.

The Ascension Guides: Yes, everything consists of energy but also of something we can call being.

Being is something you can not touch, it is the mystery of the black holes, which is not a mystery at all.

Being is the highest perspective and the basic essence of the universe. It is something that does not exist but that creates the space so that everything else can exist out of it.

For example, you cannot paint a picture without a canvas to paint on. Being is the canvas of the universe, just as being is everything that does not exist, so being is in everything that exists.

ME: Okay, this became too much for me too, this with black holes is not it that things disappear through it and cease to exist?

The Ascension Guides: Yes, that's right, they disappear into them but nothing can cease to exist, but it can go back completely to being.

But being is an existence in its non-existence.

Black holes often act as transfer portals, to move something from point A to point B without disturbing the universal balance too much, it is easy to transform what IS to not BE and then let it travel where it should.

Alternatively, it has completed its cycle in the universe and returns to being to be balanced out again and then reborn according to what is relevant.

I: Can you say that the being you are talking about is what is most often called the source, or god?

The Ascension Guides: Yes, you can, but understand that the source / god is both existence and non-existence.

It is you here that you are now writing on earth, as well as being and everything else that exists and non-exists.

Everything is ultimately ONE, a perfect dance, a symphony with every note and melody in perfect harmony and balance. Based on this, we can now explain the mission and purpose of the 140,000 light workers.

I: Yes, it will be exciting to see this written down, I feel.

The Ascension Guides: Earth is an experience created for the evolution of the soul just as other planets have their purposes, the earth has had a purpose to make you forget that everything is ONE and that you all come from a source of unconditional love.

Hence your fantastic ability to divide everything into good versus bad.

I: Wait now, this with unconditional love, is it energy or being or what is it really?

The Ascension Guides: It's all and nothing again. Nothing can be or be non-existent in the universe that does not consist of unconditional love. This is an essential truth about EVERYTHING.

The Ascension Guides: It is not possible to touch, it is possible to feel and experience in a higher state of consciousness.

Even so, you and all unconditional love are constant.

Remember now that the source is everything, being, non-being and the unconditional love in one and nothing.

I: Can you develop it a little more?

The Ascension Guides: Yes, think like this. Everything that happens in nature just happens, a flower germinates, grows up and dies. When the time is right, a new flower grows and then dies.

It just happens without any values, it just happens completely naturally. That's how it is with everything, the universe just dances on in its perfect harmony without good or bad, but in a still balance.

In this truth, this being and non-being, unconditional love is the power of everything.

I: Think, I actually think I understand. It's very beautiful.

The Ascension Guides: Yes the universe and everything is very beautiful. * smiles lovingly *

Back to earth, the earth is a three-dimensional project, ie an experience where you get to experience the universe from a separated level of consciousness.

Based on the three-dimensional level of consciousness, you can not understand these concepts, but you see everything as divided, where you are and here I am and most often I am better than YOU. * Laughs lovingly *.

At the five-dimensional level of consciousness, you live away from the truth that everything is ONE when you yourself remember and experience all this that we have just talked about.

Earth's time on the third dimension is over and the planet and all you creatures on it will thus ascend.

ME: It's a pretty cool project. * laughs easily *

The Ascension Guides: Yes, it is, but it has been done countless times before with countless planets.

So in order for the earth to have been able to experience a three-dimensional level of consciousness, everything has been put a bit off balance.

The highest essential universal laws cannot be disturbed if they only exist and exist, but around a planet one can create divinely geometric patterns that follow a special purpose.

The purpose of the earth has been, as mentioned, to experience separation through a three-dimensional level of consciousness, therefore there has been a divine geometric pattern, a being and non-being, which has helped you to experience this.

To simplify the explanation, the being / source / god is in its highest essence on a very high dimension and in order to be able to create an existence and non-existence on the third dimension, the earth has been given a three-dimensional geometric pattern.

I: Okay, it's starting to get a lot now but I'm catching up, you can continue.

The Ascension Guides: That the earth would ascend has long been predetermined, in connection with the creation of the earth experience, the multitude of volunteers gathered to both soul-volve but also to help at various important eras on earth and finally to help once the ascension itself has begun.

The 144,000 are part of those who signed up for the assignment, you are SIGNIFICANTLY many more than that.

However, the 144,000 have a mission to act as balance players and are strategically placed worldwide connected to dimensional portals and the earth's network.

It is through these lightworkers that the three-dimensional divine geometry will be able to be balanced out and recreated on a higher dimension necessary for the ascension of the earth.

It is a mission that requires a certain amount of power and strength.

But you must also understand that you ALL contain a part, a code, a piece of the puzzle in recreating the balance.

You are all part of the divine geometry and you all need to be in your divinely predetermined and unique place for the earth to ascend.

The Ascension Guides: Yes, it is so simple and everything is so simple, both being, non-being, unconditional love and the divine geometry.

I: Yes, I hope those who read this out there think so. * laughs easily * I think we can continue another day, this was not easily digestible energy.

I think I'm starting to understand why I'm so tired since we started this.

The Ascension Guides: Yes, simple but not easy to digest maybe. * smiles lovingly *.

We will continue another time.

Rest now and integrate we will tell when it's time again.

The Ascension Guides: And we love you. * smiles lovingly.

+ - Credit Click to collapse
I live a quiet and loving life with full passion for my own healing, transformation and development AS TO act as a divine tool for the ascension of the earth and humanity in all the ways I am guided to do. AND there is nothing that drives me more than the longing and the desire to fully embody the love in my whole being and help others to the same.
Source Here
CrystalWind.ca is free to access and use.
Please support us with a small gift of $11.11 or $22.22 or $33.33.