Spiritual Perception - The Level Of Eagle 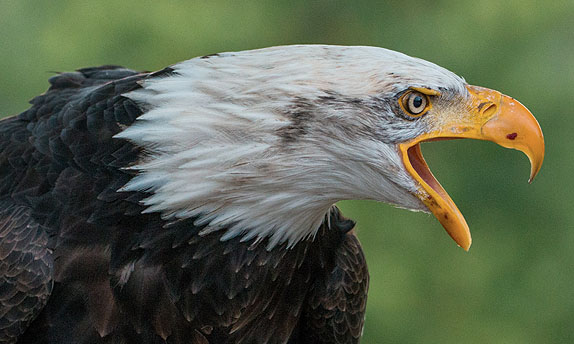 In past blogs, we covered three levels of perception through which the Laika engage the world: Serpent, Jaguar and Hummingbird. The fourth level of perception is Eagle, who soars above the valleys, able to see the trees, rocks, rivers, and even the curvature of the earth … yet he’s also able to spot a mouse 2,000 feet below him. His ability to see both the entire picture and a tiny piece of it at the same time are representative of the qualities of the level of spiritual perception.

The East direction — the place of our Becoming — is represented by eagle, who brings vision, clarity, and foresight. The great wings of the eagle hold the heart, teach us to see with the eyes of the heart. Eagle allows us to rise above the mundane battles that occupy our lives and consume our energy and attention. Eagle gives us wings to soar above trivial day-to-day struggles into the high peaks close to Heaven.

In eagle, reality is 99 percent consciousness and one percent matter. There is little form or substance, and the language is energy. The brain associated with this level is the prefrontal cortex, which some neuroscientists call the “God-brain.”

In eagle, there is no longer a poor person receiving bread and a rich person handing it to him – there is only Spirit nourishing Spirit. We no longer perceive ourselves as disconnected from the planet or from other people; the boundaries melt away as our individual souls recognize our oneness.

At this level of perception, a Laika will describe herself as: “The mountains am I, the river am I, the eagle am I, the rock am I.”

The perceptual state of eagle is associated with the ninth chakra, which exists outside of time and space and is always crystalline and pure. This is where we experience the magnificent expanse of creation, where we reside within god. To reach this area, we ascend the silver cord of light that rises up from the eight chakra (Wiracocha) to the heart of the universe, to Spirit. There is only one ninth chakra, for there is only one of us in Spirit.

When we face a difficulty, the closer we can get to the level of Spirit, the less energy we need to effect change. Downstream, we can see war; but upstream, we can see the unrest among the people that will carry us to war, which is a much easier problem to address. Downstream is pollution; upstream is the question of why we’re using plastic and throwing it on the ground.

At the lower levels of perception, we can try to figure out a way to prevent war or pollution, heal those who feel disenfranchised, or change those who insist on throwing away their garbage without recycling – but at the very highest level of eagle, we can actually become peace. From hummingbird, for example, we insist on recycling, whereas from eagle, we question why we don’t eliminate plastic packaging altogether.

Another way to understand this highest level of perception, where our traditional ideas about the nature of reality dissolve, is to look at quantum mechanics. Physicists are discovering that at the subatomic level, matter is far less solid and tangible than we once thought it was. In other words, a solid table isn’t solid at all, but a buzzing collection of particles and waves.

Werner Heisenberg was the first to befuddle physicists with this notion in 1925, postulating in his “uncertainty principle” that when we observe an electron to measure its speed, this changes its position. So, if we expect an electron to behave as a particle, it obliges; if we design an experiment where it must behave as a wave and strike two side-by-side targets simultaneously, it cooperates. This discovery was deeply disturbing to many scientists, including Einstein, who exclaimed that “God does not play dice” with the universe. And yet the Earthkeepers have always known that our perception of the world determines its very nature.

Of course, we humans experience reality through our own perception, not that of the elk or stone. Some Laika were said to be able to shape-shift and become a jaguar or eagle, able to sense the vegetation brushing against them as they slinked through the jungle or the wind rushing through their wings while soaring down into a valley. They did this to glimpse the world through the eyes of another, to discover whether there was a stream on the other side of the mountain or why the condors were becoming extinct. When we enter the state of eagle, we can resolve problems at their source and gaze with the eyes that have seen the birth and death of galaxies.

In physics, chaos theory explains that a tropical storm in the Caribbean could actually be caused by a butterfly in Beijing that flapped its wings. It’s very difficult to change a Category 5 hurricane (or late-stage cancer), but Earthkeepers know that from eagle, we can cross time and find that hurricane while it’s still a whisper of wind on the edge of a butterfly’s wing — that is, we can heal that storm before it’s even born. This is the gift of this realm: There is no time, so we can change things before they come into existence. We can dream the world into being before energy ever acquires physical form.

The Four Winds Society offers the world’s most thorough training in Shamanic Energy Medicine combined with cutting-edge practices in nutrition, biology and neuroscience. Over the past 25 years, we have trained and mentored more than 10,000 students from all walks of life – scientists, construction workers, nurses, doctors, psychologists, massage therapists, and others – to dream a new world into being.
Source thefourwinds.com