Kenyan Boy Protects Livestock From Lions With This Solar-Powered Device 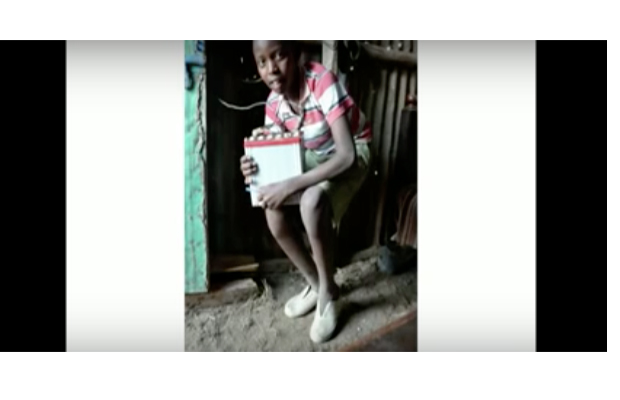 If your friends, neighbors and loved ones were all experiencing some sort of problem, you’d do your best to fix it right?  Many of us might not ever get the chance to do something great for our community, but I’d like to think that, when presented with the opportunity, we’d take it immediately hoping to make life easier on everyone.

Richard Turere is a young Maasai man who resides in the wilderness of the Kenya savanna, right on the edge of a national park that is filled with rhinos, giraffes, buffalo and lions.

Starting at age 9, Richard was given the responsibility of tending his father’s cattle, a task that would be made quite difficult by the lions living nearby.

When Richard was not working with his family’s cattle, he was taking apart radios and household appliances to see what made them tick.  It wasn’t long before Richard was finding new ways to invent things for his neighbors, friends and family.

After finding his family’s livestock mangled and torn apart by lions on numerous occasions, Richard knew he needed to find a way to keep the lions away from his family’s farm.

One night, he was walking along the perimeter of the farm with a flashlight, when he started noticing that the lions were nowhere to be seen.

After pondering why the lions would show up some nights and not other nights, he figured that it was probably because of the light he was holding.  And that was all it took for Richard to realize what he had to do.

His scarecrow idea had worked for a night or two, but eventually the lions realized it was stationary and non-threatening.  So he thought of ways to make the light move, which is what ended up doing the trick.

“Lion lights,” as he calls them, is a fence made of pieces like solar charging cells and flashlight parts that scares lions away from wherever they’re placed.

His tool scares away all types of predators, including hyenas and leopards, and is now being used all over Kenya.  Richard has personally installed systems on seven other homes in his community and has received a scholarship to the best school in Kenya because of his invention.

He dreams of one day becoming a pilot and aircraft engineer.

The Voice Of Spirit Is Calling - Archangel Michael