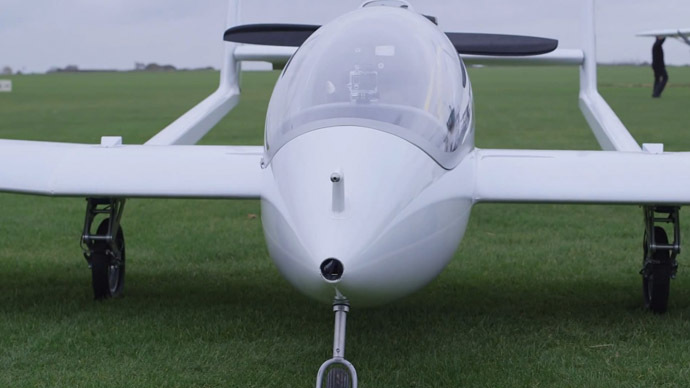 While for decades aeronautics researchers have been working on ways to make flying safer, they're now also trying to make air travel cleaner. A test flight of a hybrid-electric aircraft has been successfully completed in Britain.

The step forward – or rather upward – was the result of a joint project of engineers from Cambridge University, who have worked on the aircraft with funding support from Boeing. The small single-seat demonstrator plane is powered by a parallel hybrid-electric propulsion system, with the aircraft's propeller driven both by an electric motor and petrol engine.

Another breakthrough the researchers managed to achieve is the airplane's power charging system – a set of 16 large lithium-polymer cells located in special compartments built into the wings. The aircraft can recharge its batteries in flight; this is the first time such an advancement has been achieved.

"Although hybrid cars have been available for more than a decade, what’s been holding back the development of hybrid or fully-electric aircraft until now is battery technology," Paul Robertson of Cambridge’s Department of Engineering said. Robertson, who led the project, explained that a hybrid aircraft has become viable thanks to improved batteries, which weigh less and have more energy capacity. 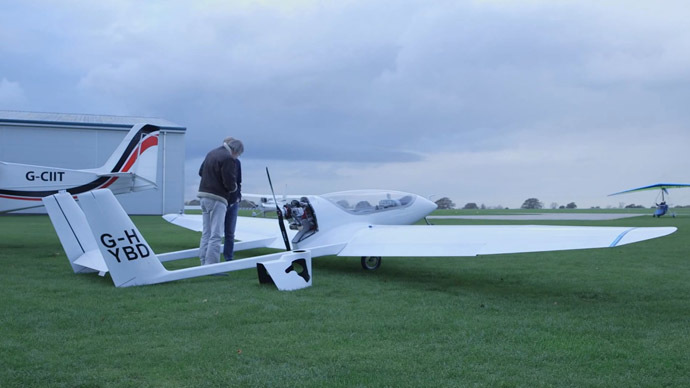 The engine and motor power the plane together when maximum force is required; that is, during the take-off and climb. At cruising altitude, the electric motor can work in two modes: either by recharging the batteries or assisting the motor. The assist mode minimizes fuel consumption; during the test flight, the plane used up to 30 percent less fuel than a comparable plane with a petrol-only engine.

While the engineers were pleased with their environmentally friendly aircraft, they said it is still a "test bed to evaluate different technologies." More research is required before commercial planes will be powered entirely with electric motors, researchers say, as a modern jetliner could currently only fly for roughly ten minutes should its fuel engines be replaced by batteries. 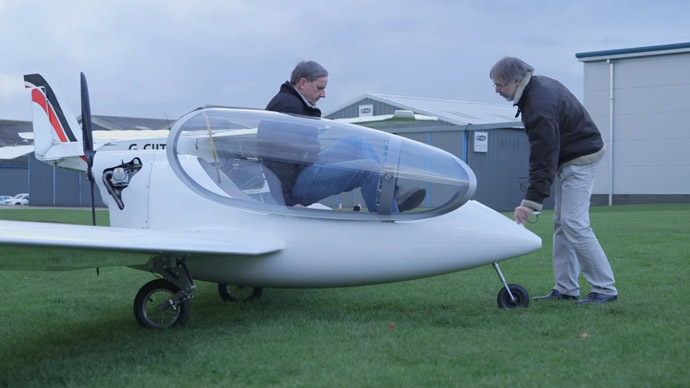 A number of research projects in the field have recently been developed in several countries. The European Airbus Group has engineered and presented a fully functional two-seat, fully electric E-Fan aircraft, powered by electric cells and two 30-kilowatt electric motors. The aircraft can fly at a cruising speed of 160 km/h, but cannot do so for more than an hour. In Russia, Tupolev has announced the coordination of about 100 institutes and companies that are working on an electric aircraft based on Tupolev’s Tu-214 passenger jet. The program is set to be developed over the next eight years.