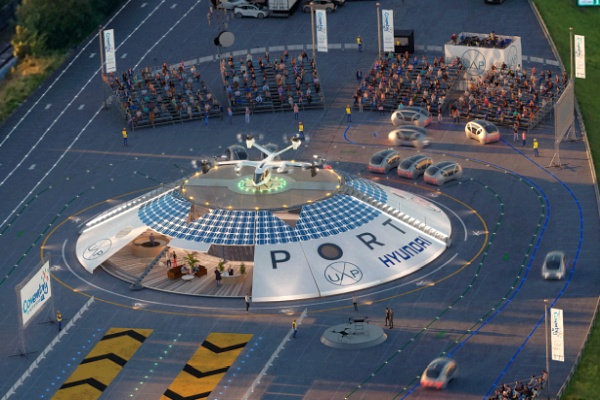 The first 'pop-up' mobile airport in the world for flying cars and air taxis is expected to open later this year in Coventry.

Air taxis and autonomous delivery drones that will one day be used to move people and goods around the country will be displayed at the Air-One transport hub.

Computer images display how the center, which will be situated near the Ricoh Arena, will look.

The project has secured a government grant of £ 1.2 million, which has been matched by Hyundai, reports Sky News. The team behind the project says it is expected to open in November, coinciding with the celebrations of the UK City of Culture in Coventry.

It will first be used to help the public understand the new technology; Coventry University has collaborated with the project to demonstrate the 'flying cars' take off in live demonstrations.

Electric vertical take-off and landing (eVTOLs) vehicles are actually more like electric helicopters, but widely referred to as 'flying cars'.

He further said, "Urban AirPort will improve connectivity across our cities, boost productivity and help the UK to take the lead in a whole new clean global economy.”

In addition to Ground-One and Water-One, Air-One is one of three designs that will allow flying vehicles to dock and land, as well as provide charging space.