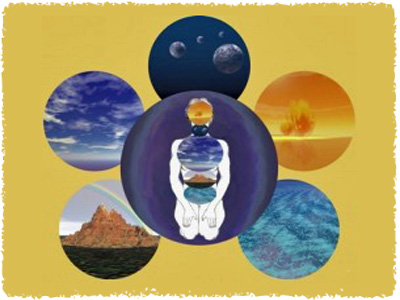 Dr. Stone was born on 26th February 1890, in Engelsberg, Austria. In 1909, at the age of nineteen, he decided to become a doctor. He studied osteopathy, chiropractic, naturopathy, naprapathy and neuropathy, and won degrees in all of them. He passed his State Board Examinations in 1914; was granted an Other Practitioners License, which permitted him to perform all methods of drugless healing without surgery; set up practice in Chicago; and started teaching at the newly formed Eclectic School for Doctors.

For sixty years, Dr. Randolf Stone ran a successful practice in Chicago . Throughout this period he studied many ancient traditions of natural healing - Ayurvedic, yogic, cabalistic, hermetic and alchemic - and developed his unique system of polarity therapy. He says: "I have stumbled onto a science which blends the old concept of energies in the constitution of man and have linked it with the scientific research in space." Hand in hand with his health research, Dr. Stone pursued his spiritual quest. For him the two were inextricably intertwined. "As above, so below; as within, so without" he often told his students. 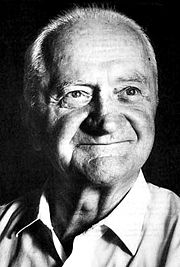 Dr. Stone's polarity therapy is by no means the sole healing system, which balances our inner energy. Dr. Stone was the first to concede this, having constructed his system from diverse sources. Ayurvedic medicine, acupuncture, acupressure, kum Nye, shiatsu, t'ai chi and some types of yoga and meditation can all help to restore the free flow of your inner energy.

However, the special genius of Dr. Stone was that he could explain how this inner energy operates, at both a human level and a cosmic level, and that he could demonstrate (to even his most critical colleagues in the medical profession) how manipulation, nutrition, counseling and a few simple stretching exercises can balance this energy.

Polarity is the law of opposites in their finer attraction from centre to centre. Unity is the merging of these currents into one Essence. Creation brings forth opposites by its centrifugal force like a fountain spray of manifestation flowing out to the limits of the cosmos and of each pattern unit.

Centres of energy are essential for creation of life forms and their generation. It is essential that energy be concentrated and work according to definite patterns and designs or exhaustion would take place.'

The first energy centre created in your body is at your eye centre or 'third eye', which is positioned in your brain, behind and between your two eyes. From here, via three energy currents, a series of step down phases occur, which form five more energy centres which Dr. Stone, in common with Ayurvedic doctors, calls chakras (in Sanskrit, a chakra means a whirl or spin). The five energy centres are symbolized by the caduceus.

The wings represent the two hemispheres of the brain. As the energy fountains out of our eye centre or third eye', it forms a double helix or two interlocking spirals. These two snakelike, spiraling currents of energy are polarized with opposite charges - one positive, the other negative. Together they interweave down the central canal of our spinal cord. The caduceus or wand of Hermes - the traditional symbol of physicians - reflects this pattern. As they descend from the ceiling of our consciousness to the floor of our pelvis, the two polarized currents cross over each other at five places.

The positive and negative charges of the two serpentine streams (Ida and pingala) cancel each other out where the two currents meet, so that each crossover point becomes neutral. Thus five neutral energy centres are generated in our body. These energy centres or chakras are like catherine wheel fireworks, constantly spinning and whirling, continuously replenishing our body and all its organs with fresh energy.

All five qualities of energy are found everywhere in the body, but each is in predominance in its own sphere of psychological and physiological activity. The lower the energy centre, the more restricted the quality of consciousness and the coarser the quality of vibration.

We can become blocked and unbalanced in any phase of energy and quality of consciousness. This blocking will prevent a completed circuit or cycle of energy to occur, and imbalance and disease processes will ensue. Health is the unlocking of these energy relationships and this process is the foundation of polarity therapy.

The balanced touch of polarity therapy works on various levels of related energy patterns in your body: nervous system, cranial, spinal and muscular-skeletal. The therapeutic touch of the polarity therapist is generally gentle, non-invasive and sensitive to the client's process. The therapist uses both hands, each on specific polarity points, as may be needed to balance the energy currents in the client's body. This has nothing to do with faith healing or the 'laying on of hands'. The principles of polarity therapy as taught by Dr. Stone are applicable to any system of healing and are thoroughly explained and illustrated in his books, published during his lifetime.