Study Identifies 10 Wild Plants PACKED with Benefits
A+ A A- 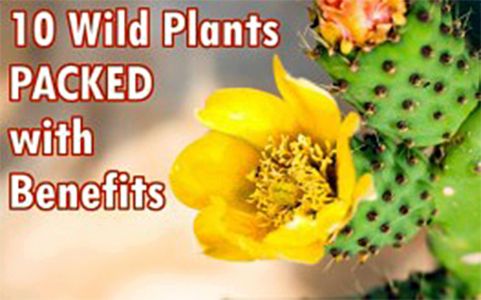 No one has been eating native U.S. plants for as long as Native Americans. Though while those plants helped boost nutrition in people for ages, it seems that we have all but forgotten about them thanks to the development of food production. (Pictures Below).

Now, a new study from researchers with Virginia Tech and the U.S. Department of Agriculture indicates returning to those wild plants could not only benefit the indigenous populations whose ancestors used them as staples, but also the rest of us who call North America home.

The research, published in the Journal of Food Composition and Analysis earlier this year, identified 10 wild plants with superior nutritional content. They included:

The study was inspired by the diet of Native Americans of generations’ passed and the fact that current American Indians and Alaska Natives have the highest prevalence of Type 2 diabetes of any racial and ethnic groups in the country.  They have arguably suffered the most from this “modern” diet.

“Results, provided to collaborating tribes and available in the National Nutrient Database of the United States Department of Agriculture (USDA) (www.ars.usda.gov/nutrientdata), support reintroduction or increased consumption of foraged plants.”

As NPR reports, the “superstar” of the study was lamb’s quarters, a green that can be found growing wild from California to Africa. Around the world, it’s been used as a food staple and as medicine. It’s loaded with more than 60% daily required thiamine, 40% of vitamin B6, 60% of calcium, and 70% of magnesium.

Rose hips, often found in vitamin C supplements, were found to not only be an “exceptional source” of vitamin C, but also of carotenoids, or beneficial polyphenols that can help reduce the risk of certain types of cancers.

As I reported recently in my “Top 5 Edibles” article, cattails are easy to find and very versatile. The leaves, roots, and flower spikes are all edible. This recent study found them to be rich in folate, magnesium, iron, and vitamin K.

Foods like these are experiencing a resurgence in popularity as the “foraging” movement gains traction. But as this research shows, eating wild American plants should be far more than a trend, and could help reverse some of the damage caused by the evolving modern diet. 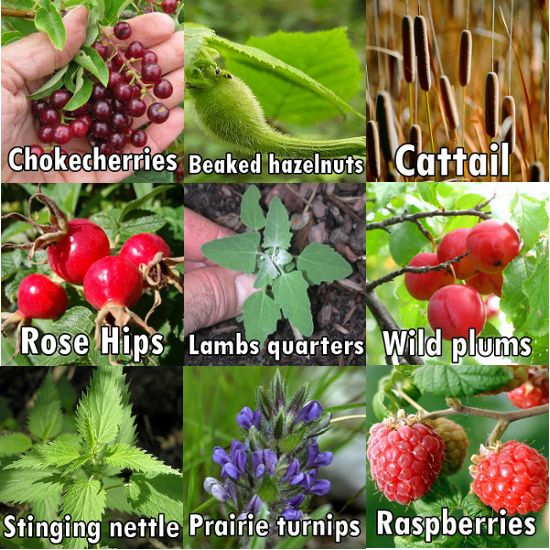