Ancient Rituals of a Spiritual Awakening
A+ A A-

A Phoenix Rising - A Recommended Read 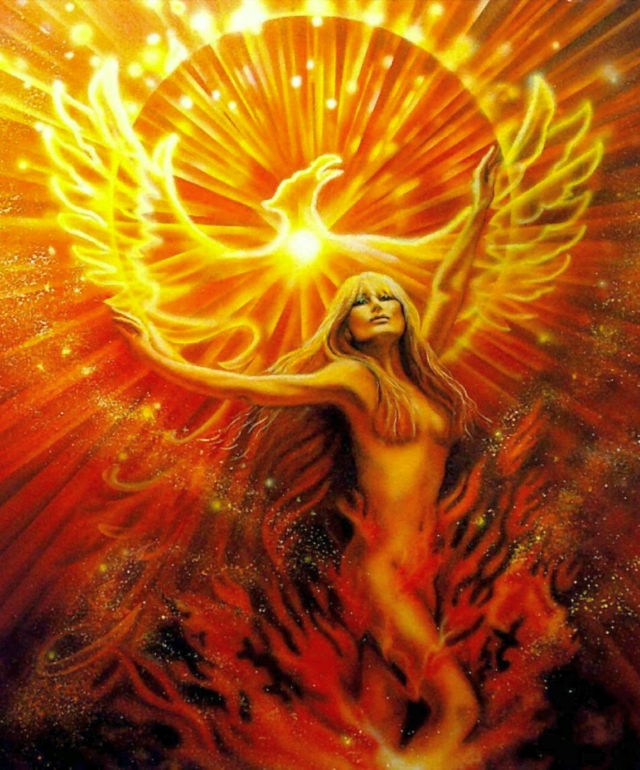 “There’s a battle outside and it’s ragin, it’ll soon shake your windows and rattle your walls, for the times they are a’ changin’”

The historical evidence points to the fact that, when faced by extreme adversity, many cultures of the world finally start proving their true worth. It simply seems to be the case that, for many, unless their backs are pressed hard against the wall, they can see no reason to involve themselves in any form of resistance.

Two things seem to be in transition on this front. Firstly, due to a rise in cosmic energy finding it’s way to our planet at this time, the opportunity for gaining higher awareness is greater than in the recent past. Secondly, the proliferation of global information and news (of very varied quality) is now everywhere at all times. Put these together and we have a receipt for change.

Now one might deduce that this means that the dark side’s energies are also enhanced – and that their powers of instant communication are equally increased. But this is where it gets interesting: the incoming higher frequency energies vibrate at a level which is only accessible to those whose own frequencies rise up to meet them. For those who simply maintain basic low levels of receptivity – the new vibratory spectrum will offer no tangible assistance. In fact the gap will increase between the two states of being.

A process of polarisation is being set in motion, making it more and more clear just ‘who is’ and ‘who is not’ on the road to an emancipation of consciousness.

For the dark side, these are perilous times. One can deduce that an increasingly intense search for third density sustenance will accompany this transitional process. The vampiric urge will be heightened. Expect further heinous crimes involving the blood-letting of those who are deemed ‘ripe’. Expect further outbursts of reactionary aggression. Of mindless irrational behaviour in both talk and physical actions. Expect outbursts of mind-blowing arrogance – as the need to puff-up in false pride becomes the most readily accessible form of delusional resistance to the advancing waves of truth.

However, simultaneous to the rising-up from the sea of this dark old monster, we ‘the receptive people’ increasingly embrace the vibratory chords rising-up in ourselves – and are therefore more fully empowered to stand face to face with this scaly old leviathan.

So are we opened-up to a consciousness that imparts greater boldness and courage in the face of adversity. That imparts bravery where once we shrank back in timidity. That forces us to dig deep into our divine selves and bring to the surface that gold which cannot be endured by opposing entities.

This gold is indeed precious, for it is the herald of a great reunion: the coming together of, let us call them – the Great Spirit and the Great Shaman: ‘cosmic receptivity’ – and – ‘earthly creative’. These two have been divided, conquered and wrenched apart by centuries of Illuminati dark scheming for absolute global dominance. During this time Cosmic Receptivity and the Earthly Creative have been forced into a deeply unhappy divorce – with billions on this planet going with them. Needless to say, the rejoining of these two inherently inseparable forces is greatly feared by the dark knights of the perverted soul.

Listen! We can now catch the first notes of a sweet musical refrain. A refrain that is, at this very moment rising up out of the mists of time – and heralding a truly momentous reunion – one to which we are all invited! Oh what a wedding – this reuniting of heaven and earth!

Preparations for the feast are already under way even as the bloody, toxic horror of war tries to hold centre stage to distract our straining minds. Even as the missiles are trained on their prey; as the war
cries grow in intensity. Even then – our unstoppable Phoenix is rising!

We are expanding our awareness of what is our role in this extraordinary transition – and it is – at least on one plain – paradoxical: for we are both creating the future and adjusting to a future that is in-creation. In realising the Godly within, we mould and sculpt a creative form for our daily lives. We go out to enhance the environment around us as a deepening expression of our burgeoning love of life. We sow our garden and reap it’s fruits. We take action and make our stand in defence of life.

On the other hand, we we remain constantly receptive to that which guides us in our actions; always listening for the subtle voice of cosmic inspiration, always awake to intuitive guidance. This is the dynamic of movement, change, human transformation that is taking place even as I write.

So now, as we gain new insights into our capacities to bring about a better world, the onus is upon us to use these capacities intelligently, creatively and passionately. This is the Phoenix rising – and by God do we need it! As the dark side press-on with their war games to grab the tantalizing prize of a long craved Middle Eastern bastion of power – so we increasingly discover that we are gaining the power to stop this deathly process – to stop all wars!

The energies rising in us are of Divine origin – so are we! Can anyone tell me what more is needed to take-down this obscene display of imperial power mongering? One that doesn’t care if it takes the entire world with it in its howling passion for destruction?

Many, many, sense a great turning. What is it?

I want to suggest an answer: it’s a ‘turning away’ from regarding such war spectacles as a ‘show’ to which we are simply passive spectators and commentators. That, we now realize, is no longer possible. It never was. We are involved. Whether we like it or not – there’s no escape.

So, upon accepting this truth, our next task is to bring all ‘worst case scenarios’ into our personal awareness so we can work out our individual and collective responses – testing each against the ‘fear’ factor. So, if we feel fear at the prospect of an apocalyptic showdown – we then need to find that element in ourselves which overcomes such fear – and bolster it. This is the real preparation for overcoming our reticence to act when act we must.

The act of ‘saying no to war’ whether by letter, demonstration, physical blockade or public awareness raising – constitutes a powerful means of overcoming the isolationist feeling that is the breeding ground for fear. Right now is definitely the time to make our feelings heard.

Then, as I have underlined already, there is this vast untapped resource in us all which can, overnight, change even the worst scenario into a march to absolute victory! This is how this universe was created – and we are it’s component parts. Therefore, collectively, we can bring about the demise of all these warmongering sycopaths at a stroke – for their power is nothing in comparison to ours – once we are motivated.

So let us urge ourselves on to reverse the barren future the war maniacs are planning for us.

Start today! There is no time to loose.

We came to this planet to win it back. To take it under our wings. To nurture it back into health. To confront and confound its enemies. Not one of us has the right to ignore that particular role we are each destined to play in securing an illumined future for our earthly home.

“Your old road is rapidly agin’. Please get out of the new one if you can’t lend your hand – for the times they are a-changin’ ”

Julian is an early pioneer of UK organic farming, a writer and international activist. He is President of The International Coalition to Protect the Polish Countryside and author of “Changing Course for Life – Local Solutions to Global Problems. His forthcoming book “In Defence of Life – Essays on the Radical Reworking of Green Wisdom” will be published later this year.

The book “Changing Course for Life – Local Solutions to Global Problems” is to buy on http://www.changingcourseforlife.info/buy-the-book/

Whatsapp
back to top
Year of the Horse is Upon Us – Ready, Set, Go!
Acknowledging the Spiritual Hipsters
Indigenous Elders and Medicine Peoples Council Statement on Fukushima