God According To Baruch Spinoza 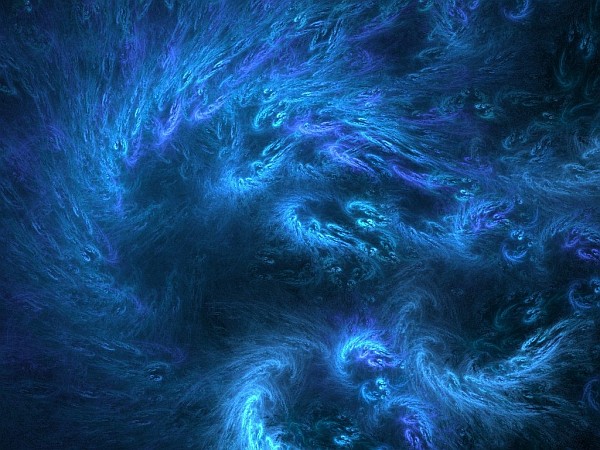 Today I would like to share with you a bit of Spinoza’s ideologies which have touched my spirit.  For those of you who may not know about him, he was a Dutch philosopher of Portuguese origin and was considered one of the greatest minds of his time.  Many believed him to be an atheist (by modern definition of the word) however I will let you be the judge of that, as it seems there might have been quite a bit of misunderstanding about his beliefs.

The poem or letter I will be sharing with you has been of much debate.  The debate focuses on whether or not Spinoza himself actually wrote it, however; after one familiarizes himself with Spinoza’s work, it is very apparent that the poem which I will present here was certainly based on Spinoza’s ideologies.

Let me tell you a bit more about Spinoza…He was a 17th Century philosopher who was considered one of the greatest rationalists among 3 of his contemporaries. Spinoza shared a lot of his work with Descartes; another great mind of the same era. Descartes believed that the soul of a person resides within the pineal gland. In Tibetan culture it is believed that the pineal gland takes 49 days to form itself; that is the same amount of time they believe it takes to reincarnate. Spinoza on the other hand believed in the difference between spirit and soul. Spirit being eternal, primordial, without limitations, divine. Soul to Spinoza however was the development of a “good” personality. He did not believe people where born with a soul rather we are to develop one (Hence in cultures of many different backgrounds, the saying “you will be cleansed and reborn”  Nothing to do with traditions where the choice of a person is not taken into account or where one has not developed enough to understand the value of his or her own truth.)

I want to share the poem as it touched me deeply and actually ignited in me; as it seems to do for the many who read it; the desire to continue learning and understanding more at a physiological, spiritual and mental level the primary God force.  Many who are familiar with my writings are also quite aware of my spiritual beliefs and my dislike for religions as they are now.  They seem to have taken God; the primordial force; and bottled it up within the form of some egomaniac deity who is never satisfied.  It is my personal belief that religion has created more division than anything else, although it disguises itself as humanitarian and all loving, it contradicts itself by the results it produces in many of its followers.  I believe every religion has great wisdom however such wisdom cannot be attained when people are more eager to fight for a name than to understand the message of self transformation.

The God Spinoza presents to us, is not one of egomaniac nature but rather a primordial force, a neutral force which people have the power to use or to discard.  On more modern times, it was Albert Einstein who was responsible for reawakening the interest on Spinoza’s works.  When Einstein was asked if he was an atheist due to his deep love for Spinoza’s work, his answer was a resounding no. He explained how he believed in Spinoza’s God; the God who encompasses everything, the primordial force that can be found everywhere within and without.

People who do not understand “Rationalists” tend to label them as Atheists. Atheists who like to pick and choose what supports their theory do not fully grasp what is being said. The great rationalists of the 17th century were not atheists, they just didn’t believe in the God found within religions but they did believe in knowledge, the soul, the spirit, the concept of a real primordial divinity.  They believed in concepts so pure and deep which would require intense work of self, introspection, strong will and empathy; not sympathy; in order to properly understand them.

“I believe in Spinoza’s God who reveals himself in the orderly harmony of what exists, not in a God who concerns himself with the fates and actions of human beings” ~Albert Einstein

The following is written as if it was a letter from God to us.  It is meant to make us think, reflect and feel what such great primordial force would say to us if it truly could speak.  In my opinion, unlike others, these words DO touch your spirit…

“Stop praying and hitting your chest, what I want you to do is to go out into the world to enjoy your life. I want you to feel joy, to sing, to have fun and enjoy everything I have created for you. Stop going to those lusty, dark and dirty temples which you have built and which you claim are my home. My home can be found on the mountains, in the forests, the rivers, the lakes, the valleys; that’s where I live and that’s where I express my love for you. Stop blaming me for how miserable your life is; I never told you that there was anything wrong with you or that you were a sinner, or that your sexuality was bad. Sex is a gift which I have given to you, with which you can express your love, your ecstasies and your joy; so don’t blame me for everything they’ve made you believe. Stop reading scriptures that have nothing to do with me. If you can’t read me at dawn, in a landscape, in the eyes of your friends or in the eyes of a child, you won’t find me in any book.  Stop asking me or begging me, are you going to tell me how I should do my job? Stop being so afraid of me, I do not judge or criticize you. I do not get angry or bothered, I do not punish you; I am pure love. Stop asking me for forgiveness, there is nothing to forgive; I am who made you, who filled you with passions and limitations. I filled you with feelings, desires, pleasures, needs and incoherencies; I made you free to choose. How can I blame you if you respond to that which I have put in you? How can I punish you for being the way you are if I am the one who made you? Do you really believe I can have a place set to burn my children for the rest of eternity? What kind of God could do that? Forget any kind of commandments, any kind of “laws”, these are tricks to manipulate you, to control you, which only create guilt in you. Respect your fellow men and don’t do what you don’t want for yourself. All I ask is that you pay attention to your life; let your alertness be your guide. Beloved, this life is not a test, nor a step, nor a rehearsal towards paradise; this life is the only thing here and now. I have made you absolutely free, there are no rewards or punishments, there are no sins or virtues, no one keeps a marker, no one keeps a record; you are absolutely free to create heaven or hell in your life. I can not tell you if there is another life but I can give you advice “live life as if there was no other”, as if this was your only opportunity to grow, to love and to exist, that way you would have enjoyed the opportunity I gave you. If there is another life, rest assured I will not be asking you if you behaved well or badly, I am going to ask you…did you like it?, did you have fun ?, did you grow?, what did you enjoy the most? what have you learned? Stop believing in me; to believe is to suppose, to guess or to imagine. I don’t want you to believe in me, I want you to feel me in you. I want you to feel me when you kiss your beloved, when you tuck your daughter, when you pet your dog or when you swim in the sea. Stop praising me, what kind of selfish egotistical God do you think I am? praise bores me, it frustrates me to hear you constantly thanking me. Are you grateful? then prove it by taking care of yourself. Take care of your health, your relationships, and the world. Do you feel overjoyed? express it, that is the way to praise me. Stop complicating things and repeating like a parakeet what you have been taught about me. The only sure thing is that you’re here, you are alive. This world is full of wonders; why do you need more miracles, why do you need so many explanations? DO NOT look for me outside, you will not find me; LOOK FOR ME INSIDE, there I am.. beating in you!”

back to top
True or False? I Am Perfect Just As I Am
The Least We Can Do
The Value of “Sloth” – Expanding Our Perceptions for Greater Wisdom