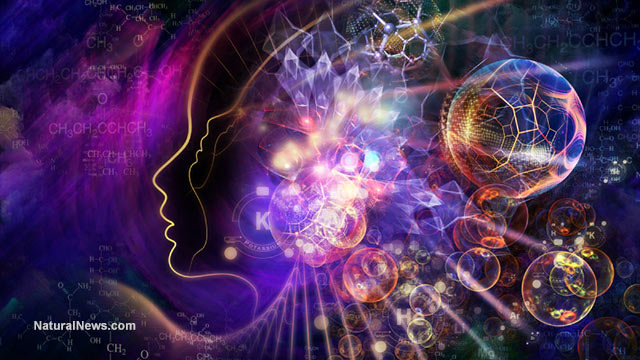 The age of human delusion is rapidly coming to an end. A civilization that has deluded itself into believing so many of its own lies on pivotal issues -- agriculture, fossil fuels, economics, finance, water supply, food, pharmaceuticals and more -- sooner or later runs headfirst into reality. All the theatrics of the era fade into history as the day of reckoning arrives, and the self-deluded masses wake up bewildered and disoriented, not understanding why the fabricated world they always believed was real has suddenly vanished, leaving them starving and destitute.

Buoyed by the conveniences of the industrial age (and then the information age), humanity has grown weak and shortsighted. A species that arrogantly believes it has conquered the world through "science" and "industry" actually stands on the verge of being destroyed by its own creations. These include:

Death and renewal; contraction and expansion

This is all part of humanity's learning process, of course. It's the path from infancy to maturity, and it's a path the human species must now walk in order to acquire wisdom.

This path will be filled with untold human suffering and death, yet from this collapse will come a renewal -- a rebirth of human civilization with newfound respect for wisdom, sustainability and harmonious living with the natural world.

This transition may take a century to run its course, and it has already begun. The superbugs are taking hold, and runaway Ebola infections are already ravaging West Africa. The Plague has now appeared in Colorado, and superbug infections are rampant across U.S. hospitals.

Large U.S. cities like Las Vegas are running out of water and will soon have to be abandoned, creating a wave of environmental refugees across the United States. Other cities like Detroit are experiencing severe economic collapse, where nearly half of the city's residents can no longer afford to pay for running water.

Unbounded border crossings are pushing the United States of America ever closer to an internal cultural war, and the criminal-mindedness of political operators who run the country is stirring up talk of revolution or revolt. We are plunging into an era of mass political and cultural destabilization where any number of regional events could spark a national shooting war... or a national police state crackdown that denies us all our fundamental human dignity.

One way or another, what's coming to our world is a series of historical eras representing collapse, realization, transition, rebuilding and then expansion. It is my belief that the majority of today's living population will not survive this inevitable sequence. But I want YOU to be among those who survive and prosper through the transition and in the years that follow.

Preparing your mind, body and spirit

To survive this historical awakening and transition, you will need to invoke an internal toughness that encompasses your mental, physical and spiritual bodies:

PHYSICAL toughness: Expect to expend considerable time and energy in physical pursuits largely related to nurturing your own food supply. Gardening, harvesting, animal ranching and mechanical skills will keep you alive in an age when "virtual" skills (like programming websites) may be relatively useless. You'll also need a very strong, adaptable immune system to keep you healthy in a time when infectious disease runs rampant across the world, killing off those with weaker immune systems.

MENTAL toughness: To mentally survive the rapid socioeconomic changes taking place and deal with the mass death happening around you, you'll need to summon a degree of internal mental toughness that you probably didn't know you had. You'll also need the kind of mental toughness that empowers you to protect your family from physical threats, barter with neighbors at a public market, or keep pushing yourself through tremendous hardship where others might give up and die.

SPIRITUAL toughness: During the darkest days of the transition, you will need to discover a spiritual toughness that gives you strength. Beyond the physical and the mental, you will need to connect with the divine for spiritual guidance, and you'll need to find faith in the unseen, even when there is no readily apparent evidence in the world around you that convinces you of its existence. Spiritual toughness will give you the guidance and the internal light to see your way through the most challenging of times, keeping you alive when others have long since given up.

How to prepare yourself starting today

So how do you prepare yourself and increase your physical, mental and spiritual strength? You practice them.

Starting today, make it a point to exercise your body, mind and spirit on a daily basis. It's simpler than you think. You might do a daily practice that's as simple as:

MENTAL: Learn a language or study a difficult subject for 15 minutes a day.

SPIRITUAL: Meditate or pray for 15 minutes a day.

Where many people fall short is in focusing too much time on just one area -- such as physical fitness -- while forgetting to enhance their mental toughness or spiritual expansion.

Here are some tremendously beneficial activities to consider that will help you strengthen one or more of these areas:

Survival from a whole new perspective

You may wonder what all these have to do with surviving the end of one human era and the rise of another. After all, when it comes to the subject of survival, most people talk about stocking up on food, water, medical supplies, ammunition and so on.

These are all THINGS for survival, but what I'm focusing on in this article is your personal aptitude for survival. If you have the personal aptitude to be adaptable at every level -- physical, mental and spiritual -- you can and will survive almost anything thrown your way. After all, the single most important survival tool you have is the one between your ears. If that tool is functioning well -- and you have the physical stamina to go with it -- you'll do just fine.

There are a thousand activities you can pursue right now that will train you for survival yet have nothing to do with classic "survival" preparedness. These are "Wax On, Wax Off" type of exercises, meaning they prepare you physicalyl and mentally for a future encounter where your personal development will give you a sudden (and often unexpected) edge. (Yes, this reference is from the Karate Kid movie, FYI.)

So I ask you: What are you doing right now for your Wax On, Wax Off practice? Sitting in front of the TV doesn't cut it. Neither does posting comments on Facebook or downing another double grande latte at Starbucks. It's time to reexamine how you are spending your time and effort and ask yourself, "Does THIS activity help prepare me physical, mentally or spiritually for the era of human transition that's coming?"

If it doesn't, change your habits. Pursue the things that train you to be a survivor, and you will ensure your future in a world that's coming where the weak and delusional are gone... and where the future belongs to those of strong moral character. That's a future humanity desperately needs, and it's one the species will eventually come to embrace, but not before the coming collapse causes widespread global death and destruction. It's time for humanity to advance beyond its infancy, but don't expect it to be pretty.

back to top
My Pleasure
How Much Are You Filtering Your Truth? – Image Alterations Aren't Just For Big Media Anymore
AGAIN, Remember Who You Are