Which Rules You? Confidence or Fear
A+ A A- 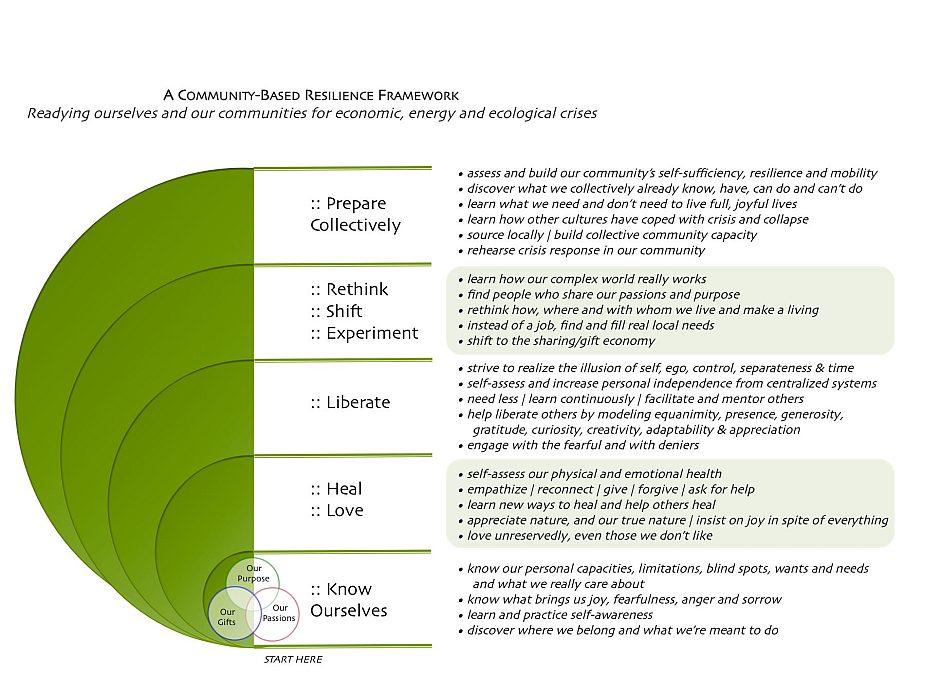 Let me put this another way:

There is no point getting angry, terrified or grief-stricken at the actions of politicians, corporatists, psychopaths (organized or disorganized), factory farmers, lawyers, bureaucrats, organized crime, ideologues, corrupt ‘leaders’, the military-industrial complex, the 1% or anyone else, and trying to coerce them to change their behaviour or get them out of power. They are doing what they think is best. There is no point trying to reform our broken systems.

There is no point signing petitions or marching in the street. Complex systems, especially those with the momentum of our globalized industrial systems, will resist change and self-perpetuate until they become unsustainable and collapse. That’s what complex systems do.

Collapse of our economic system has already begun, and any attempts to change these systems will quickly become moot as collapse accelerates. The only reason this planet has briefly been able to support a billion humans (let alone nearly 8 billion), is by using up millions of years of stored, easily-accessible energy to desolate the planet’s land, soils, water and air in order to produce the food, clothing, shelter and other needs of such a population. The inexpensive half of all the known stored energy of the planet has now been exhausted, population (most of it struggling) is still growing, and the myth that we can somehow continue to “grow” the economy in order to repay the monstrous debts we have already incurred to perpetuate it appears more and more obviously absurd every day.

And ecological collapse — the sixth great extinction of life on Earth — is already well underway, since the loss of the world’s great mammals some 12,000 years ago and continuing with the expected loss of half of all animal species by mid-century, and the onset of runaway climate change that will render much of the Earth uninhabitable by humans, and require another Great Migration of the survivors toward the poles. Almost any climate scientist will now admit, off the record, that this extermination and climate upheaval cannot be prevented or significantly mitigated.

So now the question becomes how we can prepare for, and adapt to, collapse and the end of civilization culture, not how we can prevent or lessen this collapse.

My sense is that it is too early for us to be trying to create systems that will replace the systems of global industrial civilization culture with more sustainable ones. People won’t change their behaviour until they have to, and for most people living in affluent nations that time has not yet come.

What we can do now is what the five steps of the poster above illustrate — and the title of this post:

Of course we also must fight against the outrages and atrocities occurring in our communities — the manifestations of the industrial growth systems’ desperation in the face of ongoing collapse. It makes sense, I think, to focus such efforts on local issues where we really can make a measurable, real, immediate difference. And not to dream of somehow ‘scaling up’ such successes and initiatives to world-changing levels — such hopes are, I fear, doomed to lead to frustration, disappointment and wasted effort. And we should pursue this fight without attachment to outcome or expectation. It is enough to care and to try.

I’m sorry if this offends supporters of 350 and Greenpeace and Avaaz; my environmental activism started in the early 1970s, and I’ve learned what works and what doesn’t. I’d love to believe that a groundswell of fervent activism could stop the Tar Sands or factory farming or the desolation of our oceans and forests, and if you believe, I will cheer you on, but I’ll keep my expectations low.

Dave Pollard's chronicle of civilization's collapse, creative works and essays on our culture. A trail of crumbs, runes and exclamations along my path in search of a better way to live and make a living, and a better understanding of how the world really works.

Whatsapp
back to top
You’re Not Wrong
How Would We Behave Without ‘Selves’?
The Gateways Are As Open As You Are