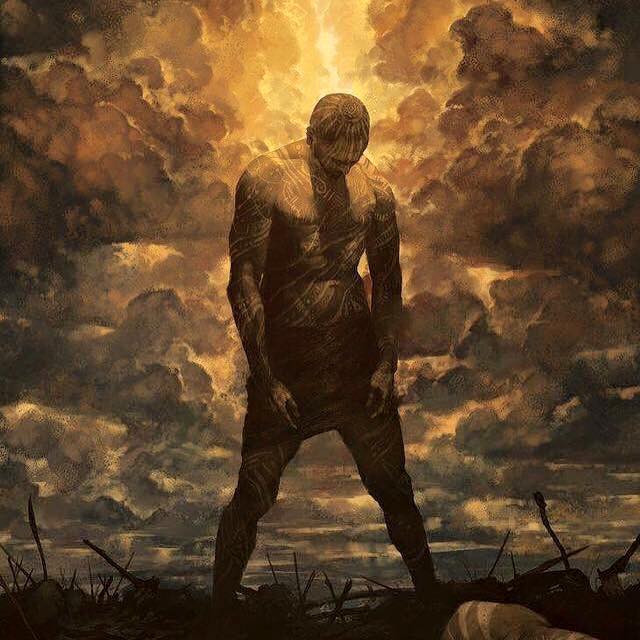 The hundredth monkey effect is a studied phenomenon in which a new behavior or idea is claimed to spread rapidly by unexplained means from one group to all related groups once a critical number of members of one group exhibit the new behavior or acknowledge the new idea.

This idea began when scientists studying from the land of Koshima, noticed a certain amount of monkeys began to wash their sweet potatoes, teaching the younger generations in the process. Through repetition, it was assumed that after a certain number of monkeys began adapting to this new beneficial idea, the so called 'hundredth-monkey', washing potatoes began to spread by mysterious means over water to other monkeys on different islands. Thus becoming a subconscious built in triggered response that all monkeys then benefited from.

There is a force within every human that connects them to the unified consciousness of Humanity. Within this unified consciousness lie many Divisions of Humanity. Some of these inner-divisions within this colossal collective tend to be more easily identified then others from a space-faring observers perspective. Race, government, religion, corporation, and individual division total most if not all of the categories of Human Divisions. Each orbiting, interweaving, and clashing against one another. Many caught up in their own power struggles for dominion over all of the other human-divisions believing themselves to be THE Humanity. However, many fail to realize that despite the opposing perspectives and diversities of those of a different collective then them, the similarities of their core being outweigh their differences. Because they are ALL, in fact, one kind ---> Humankind.

Much like Humanity, There are as numerous unified consciousnesses within the nature of every other living creature on this planet. Bundled together into a generalized family genus. Such as Bird, Cat, Dog, etc. The unified consciousness of Bird holds many subcategories, such as Hawk, Eagle, Robin, etc. (Imagine humanities inner divisions) as with every other creature-kind. The hundredth money effect goes to show that each one of these Species adapt and learn from each other through varying degrees of psychic connection. The psychic link between each individual species has to be strong enough to where they all evolve and develop as a group, else they would all evolve different from each other to the point of extreme mutations making their genetic line spread in all directions, resulting in fewer and fewer sharing similar Genetic Form. I would assume that the monkeys that began washing their tomatoes without rhyme or reason because of the oversea-monkeys were of the same monkey species (Gorillas/chimps/Capuchins), speaking the same 'psychic dialect' if you will.

Based off of the information given, and with a little theoretical evaluation, I've come to the conclusion that once a certain number of monkeys of the same Species learn and accept a given idea, this psychic connection stretches further out between monkeys of the same type over increasingly large areas, resulting in the entire species beginning to naturally and instinctively embrace that particular idea without needing to know why or how.

Let’s direct our attention to the possibility that once accepted by an even larger amount of like-monkeys over this vast distance, that this would spark an avalanche of psychic force that begins spreading that knowledge further and further till it spans the earth. The momentum, having gathered enough psychic energy to begin attempting to spread to other Species within their Genus (gorilla, chimp, Capuchin, etc.), until the collective Genus-Consciousness instinctively and passionately embraces the idea, and all begin to wash their potatoes and benefit from the result. Gorillas, orangutans, chimps, and Capuchins alike.

This is, I feel, is no different with humans between our many bloodline, religious, governmental, corporate, and individual divisions. Once core problems are overcome because of an idea or concept a certain few have discovered, it then becomes naturally easier for everybody else of the same kind to embrace the changes and adapt to become naturally more resilient to such problems. Thus once this individual division has embraced this change, 'The Adapted Change' then becomes capable of spreading itself across other Human divisions.

Let’s say that this 'Change' IS effective within an individual and begins to spread within that particular individuals embraced divisions. Once a certain number of individuals is reached, the 'Change' gains psychic energy and begins to spread to divisions most similar to the Individuals Mindsets. Thus begins the 'Change's progression, which is (for the sake of the story) wholeheartedly embraced by more and more similar divisions as a result. Soon enough, this critical mass is reached (The hundredth division if you will) then the psychic force would have enough momentum to easily cross all divisions into all branches of Humanity, where only the most resistant would be able to deny its influence. Much like Gorillas, Chimps, and Capuchin washing potatoes, resulting in Orangutans and baboons naturally washing them as well because of the idea's psychic force having gained the momentum to have spread to them.

Though, unlike the many different divisions of creatures on this planet which is largely dictated by blood and genetics, every possible division within Humanity is entirely mental, except for the connected cosmetic/genetic bloodlines and races. However, each bloodline/race is still able to breed with each other, very much similar to the many different breeds of dogs. Which means all human (and canine) differences should be seen as largely cosmetic. The main point being that each race/bloodline is no more capable of achieving something than any other over a given time, thus it would be classified as nothing more than a visual/genetic division. One may adapt to a harsh environment which may alter their Genetics as a result, making them slightly different. However each race has that capability, thus, again, none can do what another cannot given time.

I define race as a larger form of bloodline, multiple branches of the same tree, and multiple trees of the same kind - multiple bloodlines from the same race for example. Bloodlines are individual families that generally hold together much firmer then a race, different races holding together more in terms of idea and cosmetic similarities then actual capabilities. However, even within bird-kind and their differing subcategories, they are known to act against and consume each other, as do humans of all sorts and kinds.

Divisions within the same kind especially with humans tend to come to the conclusion that it is best to withhold secrets and insights from those of the same kind but different collective mind (or division). Thus preventing much of this psychic transference between religion, race, and border-lines. It should be clear that a Religion or government would much rather another become like THEM, then for the religion/government to surrender themselves and become like another. This is but a small example that brings to light the ever-present stasis that keeps divisions separate. Compromise being seen as either a sign of weakness, or a loosening of their dictatorial control over their Collective. Because in the eyes of the powerful, heading a division gives them a certain level of control and power of which they will fight tooth and nail to keep and maintain.

With so many paranoid and power-seeking collectives at each other’s throats, one must realize how this effects the psychic transference denying the rewards of the 'hundredth monkey effect' or 'Hundredth Human Effect' amongst humans.

The biggest problem I find with this Divisional system within Humanity, is that with so many divisions within our human structure believing that their way is THE way, and with so many different mindsets, beliefs, in resistance to one another, we instead hinder, not assist in each other’s growth which, no doubt, denies us the ability to advance as a Human Race.

To teach those around you that they live in a dog-eat-dog world, they will see to cutting down all those around them in order to make themselves look bigger, and to dominate those closest to them.

If the family of monkeys that first learned to wash their sweet potatoes were as suspicious and divided as we are mentally, do you think that the transference of subconscious habit would have still occurred overseas? We are unique, but not entirely separate from nature and its laws.

This article was submitted to Crystalwind.ca by author. Thank you!  Reblogged with permission.