The Sources Of Real Power 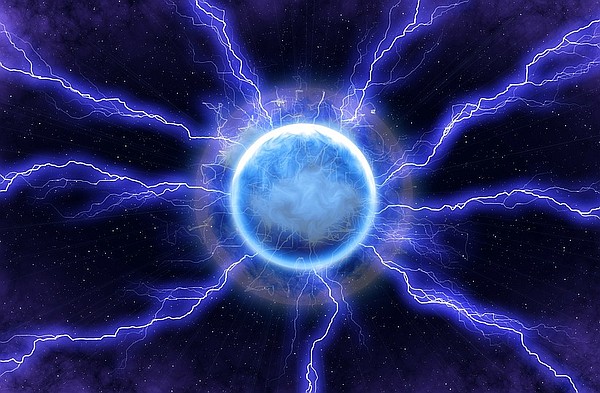 Perhaps it is time to once again look at the topic of power because we are living in a time of massive change and it so happens that the theme of power is rearing its head again. This will be especially true in the next couple of weeks but in a way it is also the theme for the next several decades and that will affect the majority of people alive today.

Power of course can be defined a number of ways both conventionally and from a more spiritual point of view. Conventionally power is usually associated with power over people, events, organizations, budgets, technology and so on. One who wields this kind of power has what appears to others to be influence and control over the physical environment. This kind of power is very glamorous for many human beings and so hundreds of millions spend their lives trying to acquire it and exercise it with mixed results. One type of this power is the ability to influence people’s minds. Marketing, politics, and religion are all major forces trying to influence how people think and what choices they make. For example if you can convince enough people to buy your product you will likely become wealthy indeed. If you can sell enough people on why you should be their new leader you will be seen as quite powerful in the world when you are elected or when you just step in and take over. If you can sell enough people on why they should adopt your religious ideas then you can control them very easily in a variety of ways. You can threaten them with excommunication, or with losing their souls, or with more painful punishments such as being burned at the stake or stoned to death and so on.

These are the ways most people think of power. In addition they think it is going to make them happy, fulfilled, satisfied, admired by everyone, and will be a lot of fun to boot. The reality of course is quite different. The problem with this kind of power is that is a zero sum game. If someone else has the power then perhaps you don’t. If you have it then they don’t. So this kind of power is seen as limited in quantity and in high demand. Only one person can be president, secretary of state, dictator or CEO at a time. Only one person can be the highest paid actor in Hollywood. There is only one Miss America every year. There is only one winner of the Emmy for best new artist. There is only one CEO of Disney Corporation or Apple or Amazon. Because this kind of power is limited you have to spend a great deal of effort and time defending it from usurpers to the throne, ones who seek to topple you by destroying your company, out-besting you and so on. On political or rock star levels you may have to have strong security forces preventing people from assassinating you. Not so much fun after all. The more of this kind of power you have the lonelier you may become because you have fewer and fewer peers and they are often out to defeat you.

Many people seeking power are content with being advisor to the queen or king or even king or queen-maker, the one who got them there in the first place. This usually involves strong rewards or favors later. That is another kind of power. Some people are just content to be an outlaw, a drug lord, a mafia don whose ring people kiss. That looks glamorous but usually involves looking over their shoulder constantly for the police or a rival’s assassin.

Most people however cannot aspire to these lofty positions of power but they still want their piece of the pie.  So they exercise control over their children by abusing them or threatening and trying to control them or they do the same with their spouses. Some petty bosses act like little dictators to the employees that report to them and still others play games with their boyfriends or girlfriends trying to control them through jealousy to get their attention. If you look around you can see an almost universal ego oriented drive for power that almost continually backfires. All these games for control, for admiration, for attention, and so on usually produce the opposites. They do not make people more popular and they do not give them control. They certainly do not make them more powerful but rather usually weaker and less secure so they have to ratchet up their bids for low-level power.

Many of these low-level power bids are so obvious as to be completely transparent to an older soul who usually steers clear of them. If someone tells an older soul that they are the only one who can solve their problem, that older soul will be out the door in no time flat. Most older souls find this desire for local external power to be somewhat repugnant and they are embarrassed when they see these actions in themselves.

So what other kind of power is there? Well there is a whole laundry list. First of all there is the power to make up your own mind, the power to make choices, the power to say no or yes to another’s suggestions or requests. There is the power to observe and clearly see the activities of your own false personality and the power to move away from the poisons of the seven obstacles, greed, self-destructiveness, self-deprecation, arrogance, martyrdom, impatience, and stubbornness. There is the power to see the bigger picture and choose not to identify with the contents of your life but rather with the context of it. There is the power to choose love over fear, forgiveness over judgment, compassion over hate and so on. These may seem like small things to some but they are the actually the big things, the things that can liberate you from a life of suffering. And they are not necessarily easy to do. They require more discipline and work than earning a million or billion dollars. They are a lifetime of discipline and choices. They are a lifetime of picking oneself off the ground over and over and trying it again after a miserable failure, the failure to love, the failure to forgive and so on. This is truly the hard stuff, the stuff that takes real power to confront and make progress with.

Real power is stretching to go beyond your comfort zone and take some risks and then to compliment yourself for trying even though you failed the bid. Real power comes from the space you create by exercising all these practices and disciplines. Power is your capacity to be “I am” and the ability to do, “I can.” It is not what you did last week, it is what you are capable of now.  Power is derived out of emptiness, being the hollow bone, being the conduit for Spirit, being able to get out of the way for Spirit to happen through you. “Not mine but thine.”  Last but not least real power feels good and can result in real fun and enjoyment. There is nothing to fear, no trap waiting to get you, no getting worse the more you strive for it. There is no down side to it and it is not a zero sum game of competitiveness. Everyone can enjoy real power at the same time without getting in each others way. With this kind of power the more you help others to be powerful the more powerful you become yourself. The only price to pay for real power is your own comfort zone and ultimately that is a very small price to pay.

In these challenging times the best thing we can do is take inventory of ourselves? This is one of the paths to real power.  In a healthy business one must take inventory periodically. The same is true for us. This practice keeps us healthy and strong. What is it that I am looking for? What do I want in my life now?  What are my strengths and weaknesses? Where is my support system. Who are my peeps? What is dragging me down? What gives me the most trouble? How can I be of greater service? What am I giving attention to? What am I ignoring? What am I hiding from others? From myself? What emotions am I sitting on? How am I feeling sorry for myself? What am I complaining about but doing nothing to change? Who and what have I been blaming for my lack of happiness or good fortune? What are the real blessings of my life? What do I really care about? What is important to me now? If Spirit were to tell me exactly what I should be doing right now, would I do it? Why not? What do I feel guilty and shameful about? What has been and continues to be a real waste of time? What do I need in my life now? Rest? Quiet time? A burst of productive activity? Companionship? Where is my energy coming from? What are my energy leaks right now? How do I lie to myself? Where is my passion? Where is the real juice for me?

You get the idea. These are the kind of questions that need asking and answering but not with a bunch of self-loathing and self-criticism. They are legitimate questions that need to be asked in a kind of detached way with no blame. Try to do this kind of inventory soon. If you find it helps do it in written form. It will help you a great deal with the coming times. Those who refuse to do an inventory won’t be prepared for the opportunities that are coming to be truly powerful in an older soul way.

+ - Credit Click to collapse
José Stevens PhD is an international lecturer, corporate team builder and organizational coach, consultant and trainer. A psychologist, licensed clinical social worker and author of more than twenty books and numerous articles, he is also co-editor for A Journal of Contemporary Shamanism and a board member of the Society for Shamanic Practitioners. He is the founder, with his wife Lena, of the Power Path School of Shamanism and The Center for Shamanic Education and Exchange, a non-profit organization dedicated to educating youth in indigenous cultures. He has completed a ten-year apprenticeship with a Huichol Maracame in Mexico and has studied with the Shipibos of the Amazon and the Paqos of the Andes for the last thirty years.
Go here
CrystalWind.ca is free to access and use.
Please donate a small gift of $11.11 or $22.22 or $33.33.
Thank you!
ॐ Namasté - Blessings!

Whatsapp
back to top
The News: Mind Control Through “Cognitive Dissonance”
Looking at Today’s Reality: IS THIS REALLY AND TRULY WHAT WE HAVE COME TO?
Canadian Government Bans Wood Burning Stoves!

We have 1207 guests and no members online