How To Tell If You Had A Past Life In Atlantis 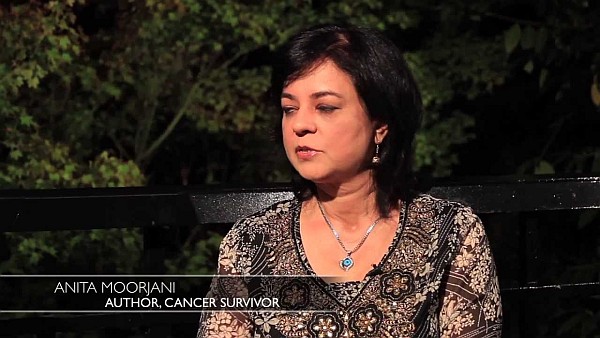 Speculation on what happens to us when we die is so wild and varied, it’s impossible to know for sure. Oftentimes, much of what people believe happens after death is highly dependent on religious beliefs and spirituality.

Do you think we’re born back into this world as a different creature? Maybe our souls travel the cosmos freely. Maybe we arrive at the pearly gates of heaven. Or maybe we burn in a lake of fire for eternity.

Anita Moorjani is a woman whose story is unlike any other we’ve ever heard. After being diagnosed with cancer and living with it for four years, she presumably died from her cancer and then came back to life before being declared cancer free and completely healthy.

Impossible, right? She actually discusses her experience in a TEDx talk that you can watch here.

After fighting Hodgkin’s Lymphoma for four years, Moorjani awoke one morning without being able to move her body. She was taken to the hospital by her husband where her lymphoma was diagnosed to grade 4B. Doctors gave her only 36 hours to live, as her vital organs were beginning to fail.

After losing consciousness, Moorjani realized that she was still highly aware of everything that was happening around her. Not only could she hear the conversations happening between doctors and her husband, but she could see her brother getting ready to board a flight in India to come see her in the Hong Kong Hospital.

And then something else happened, Moorjani says:

“… I actually “crossed over” to another dimension. I was engulfed in a total feeling of love. I also experienced extreme clarity of why I had cancer, why I had come into this life in the first place, what role everyone in my family played in my life in the grand scheme of things, and how life works in general.”

“The clarity and understanding I obtained in this state is almost indescribable. Words cannot describe the experience. I was at a place where I understood how much more there is than what we are able to conceive in our three-dimensional world. I realized what a gift life is, and that I was surrounded by loving spiritual beings, who were always around me even when I did not know it.”

Moorjani had technically died and come back from the dead. And not only had she come back, but the cancer ravaging her body seemed to be completely gone. She ended up leaving the hospital with doctors in utter disbelief.

“The doctors were very confused, but told me it must have been a rapid response to the chemo. Because they themselves were unable to understand what was going on, they made me undergo test after test, all of which I passed with flying colors. Clearing every test empowered me even more! I had a full body scan, and because they couldn’t believe they didn’t find anything, they made the radiologist repeat it again!”

Doctors believe this is what happened to Moorjani, as numerous other people have described similar experiences. But, Moorjani seems to have had an experience unlike anyone else in the world today, having visited a place that many of us will never visit until it is our time to do so.

Moorjani discusses her experience in the clip here, describing how it completely changed the way she sees the world, as well as how our illnesses and conditions teach us about the things that are truly important to us in this life.

back to top
Be Prepared
Activate Your Creative Power With Conscious Intention
A Second Bill of Rights For America (And the World!)