The Lost Treasure of Cocos Island
A+ A A-

The Lost Treasure of Cocos Island

The most adventurous treasure in the world must lie on Cocos Island. There are many versions of this treasure cache, and about as many suppositions as to where it is buried on the island. All of the details gleaned from a number of documents and sources are listed in the following account:

In 1820 when the revolt of Peru against Spain seemed imminent, the Governor and clergy in Lima entrusted their treasures to a Captain Thompson of the British brig, Mary Dear, for shipment to Mexico. The Loot of Lima consisted of a fabulous treasure from the cathedral and as worth some $60,000,000. Among the items were two life-sized statues of the Blessed Virgin holding the Divine Child, each cast in pure gold; 273 jeweled swords and candlesticks, and an enormous hoard too extensive to contemplate. 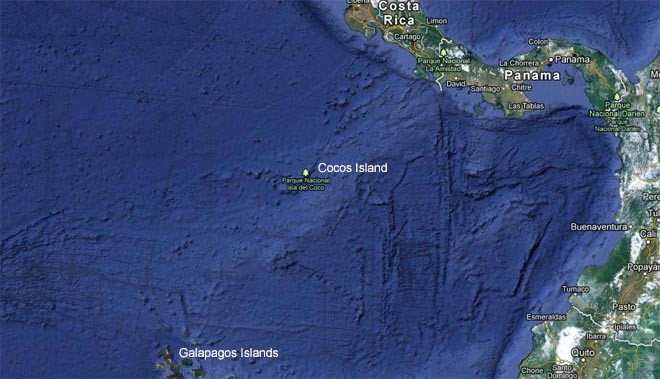 The lure of this immense treasure, however, proved too great for him; Thompson had his passengers killed, sailed to Cocos Island, some 400 miles off the coast of Costa Rica, and there buried the loot in a cave. Later, he joined forces with the pirate, Benito Bonito, and eventually was the only one on his ship to escape capture when it was attacked by a British warship. In 1844 he met and imparted his secret to a stranger named Keating, with whom he arranged an expedition to the island, but Thompson died before the departure, and Keating set sail with a Captain Bogue, master of the vessel. Keating and Bogue landed at Cocos Island and found the treasure, but their crew mutinied and the two men capsized while endeavoring to depart with as much of the treasure as they could carry. Bogue was drowned, Keating picked up by a passing vessel and taken to Newfoundland, where he later died.

One version of the waybill left by Captain Thompson to the Loot of Lima is given here. The 'bay' mentioned, located on the northeast, MAY be Chatham Bay: "Once there follow the coast line of the bay till you find a creek, where, at high water mark, you go up the bed of a stream which flows inland. Now you step out 70 paces, west by south, and against the skyline you will see a gap in the hills. From any other point, the gap is invisible. Turn north, and walk to a stream. You will now see a rock with a smooth face, rising sheer like a cliff. At the height of a man's shoulder, above the ground, you will see a hole large enough for you to insert your thumb. Thrust in an iron bar, twist it round in the cavity, and behind you will find a door which opens on the treasure."

This cache, as given by Captain Thompson on his death bed, according to a second version is: "Disembark in the Bay of Hope between two islets, in water 5 fathoms deep. Walk 350 paces along the course of the stream then turn north-northeast for 850 yards, stake, setting sun stake draws the silhouette of an eagle with wings spread. At the extremity of sun and shadow, cave marked with a cross. There lies the treasure."

Keating is said to have bequeathed his secret to a quartermaster, Nicholas Fitzgerald by name, who was so poor that he was never able to organize an expedition to Cocos. Fitzgerald's letter, reiterating the notes left by Keating, is preserved at the Nautical and Travelers' Club in Sydney, registered under No. 18, 755. In it, the following in instructions are given: "At two cable's lengths, south of the last watering-place, on three points. The cave is the one which is to be found under the second point. Christie, Ned and Anton have tried but none of the three has returned. Ned on his fourth dive found the entrance at 12 fathoms but did not emerge from his fifth dive. There are no octopuses but there are sharks. A path must be opened up to the cave from the west. I believe there has been a fall of rock at the entrance.. 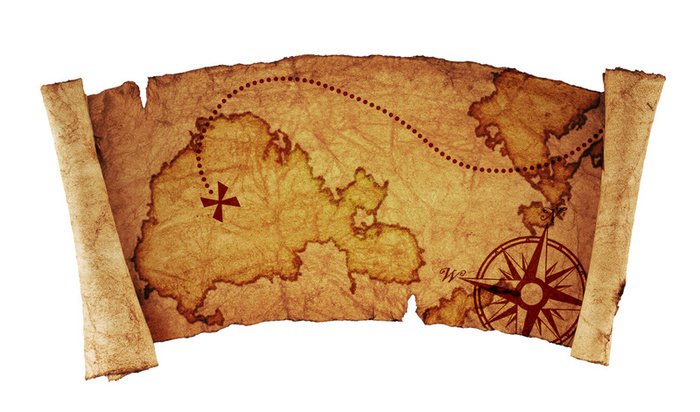 One version states that the Loot of Lima is buried in 4 different caches all within 100 yards of each other in an area an eighth of a mile inland near Chatham Bay.

According to Keating's wife, the Loot of Lima was cached in a bay with a little beach shaped like a crescent, with black roots on either side and hidden from the open sea. 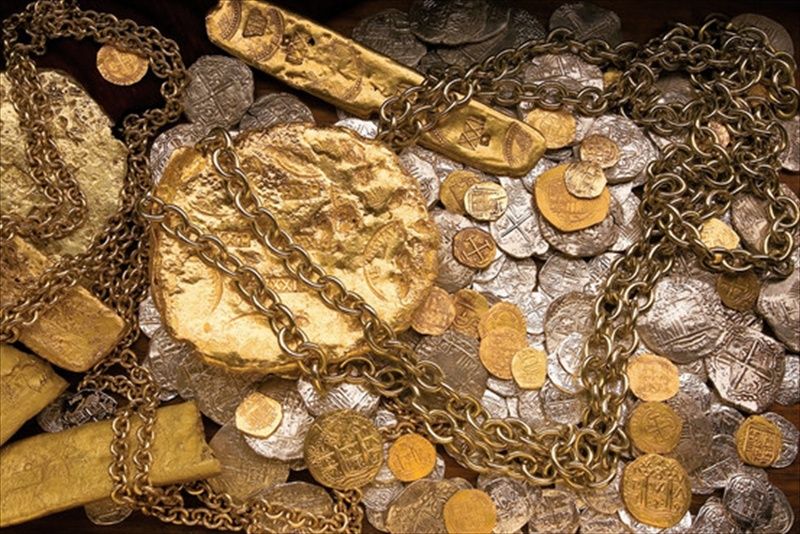 A German hermit, Heinz Hemmeter, who lived on the island for many years believed the hoard of treasure was lying at the bottom of a waterfall in a pool about 100 feet in circumference.

The treasure of the great Lima cathedral has been estimated to be worth some $60,000,000. The value of the State Treasury, which was also part of the cargo of the Mary Dear, cannot safely be estimated. Numerous expeditions have attempted to recover this great hoard of plunder, but all have failed, possibly due to the fact that landslides have occurred since Keating and Bogue departed, and have buried the treasure under tons of earth and rocks. Benito Bonito, or Benito of the Bloody Sword, supposedly buried a sizable collection of plunder on the island. In 1819 he landed at Acapulco port and captured a rich mule train loaded with treasure being sent from Mexico City. Disguised as a muleteer, he headed the treasure convoy to the coast where he loaded it into his boat, the Relampago. 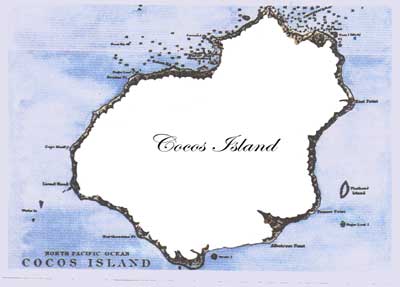 He then sailed to Cocos where the vast hoard was buried some estimates evaluate his hoard in excess of $25,000,000. 300,000 pounds weight of silver bars, plate and coin was cached in a sandstone cave in the side of the mountain. He then placed kegs of powder on top of the cave and blew away the face of the cliff. The silver is reported to be buried on the north side of Wafer Bay.

In another excavation he placed 733 gold bars, 4 by 3 inches in size and 2 inches thick, 273 gold-hilted swords inlaid with jewels, and numerous articles of jeweled church ornaments and vessels.

In a third location, he buried several iron kettles filled with gold coin, this on a bit of land in the little river. On Cocos Island are several caches of treasure credited to various buccaneers and pirates, among whom was a certain Captain Edward Davis. Davis, a successful pirate who operated his ship, the Bachelor's Delight, along the western coast of South America, made at least two trips to the island, in 1684 and 1702, laden with plunder which he buried. Edward Davis landed John Cook's ship, the Bachelor's Delight at Chatham Bay in the late 1600's and left behind several chests of pirate loot.

Many ingots and pieces-of-eight obtained from Spanish towns in Peru and Chile by the pirate Edward Davis was cached on Cocos Island.In one cache he buried over 300,000 pounds of silver bar and plate. In another he "'put away 733 bars of gold, 7 kegs of gold coin and a quantity of church jewels and ornaments.A cache of treasure hidden by the pirate Benito Bonito was stashed in the caves under a projecting tongue of land on the north side of Wafer Bay. . The officers and crew of Benito's pirate rig, the Relampago, hid their share of the loot in neighboring parts of the island. 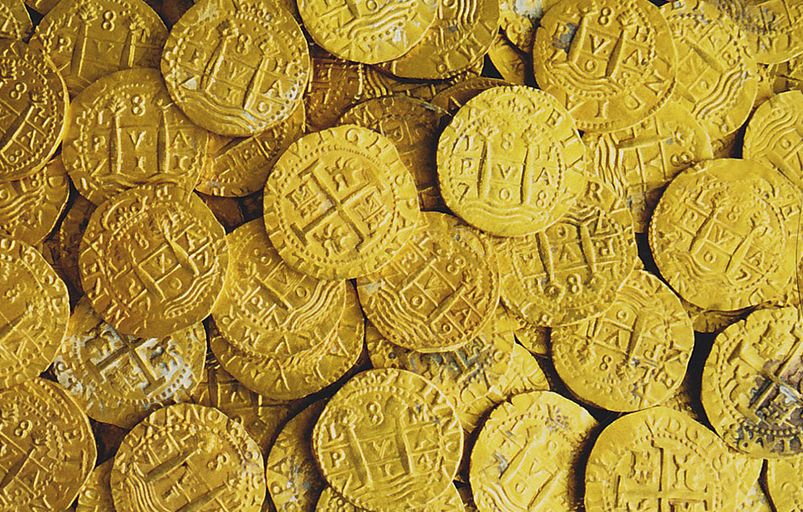 In 1845, a British explorer found an iron-bound chest high in a cave overlooking Wafer Bay which, when opened, spilled out a golden hoard of Spanish coins. Captain John Cook landed a ship loaded with loot at the island. It is believed that some, or all of this treasure, was left there.Sir Frances Drake frequently landed on the island and rumors persist that he cached treasure on Cocos.In the official Costa Rican survey of Cocos island in 1895, it was reported that, "There are signs of mineral wealth, and gold has been found. In 1793, there was a mysterious cryptic carving found on the island on one of the big boulders in Chatham Bay that various seamen observed upon landing there. It read:

Look Y. as you goe for ye S. Coco" with four branched crosses. The carving had originally been badly executed and had letters much defaced. Also found was the mark of a sombrero on a stone called by generations of treasure hunters, "Bonito's Hat". This could be a pirate's guide to his buried treasure cache. Freebooters frequently put in at Cocos Island for fresh water and for a supply of coconuts. Several buccaneers stopped here to give their crews an occasional holiday, and some of them are said to have buried treasure here.It has been reported that in l931, a Belgian treasure hunter found a 2 foot gold Madonna which he sold in New York for $11,000.

In 1939, an unconfirmed report said that one bar of gold, which sold for $35,000, was found in a small mountain stream near a waterfall on Cocos Island. More than 100 pounds of gold lie in Chatham Bay, treasure dug up in 1844 and lost in the water by two of the finders of the hoard on the island. Of questionable sources came the report that in the 1880s, soldiers found 80,000 dollars worth of money of all nations in silver and 30.000 dollars worth of English and French gold coins, "in a small excavation made in the face of a cliff (in Wafer Bay) about 12 feet square. The coin rotted away owing to the percolation of water through the roof of the cave." Then, lying apart was a pile of 300 silver ingots, and on top rotten clothing, a binnacle compass and a small brass cannon with the muzzle blown off. On another day the soldiers were ordered to blast the tap-root of a cedar tree near the shores of Wafer Bay.

Dislodged in the concussion, a ledge of rock in a tendril-covered cave, which brought down a small, heavy chest containing a number of gold ornaments, obviously looted by Bonito the pirate from south American churches. The cache seemed to have been privately made by one of his officers, for in the box were letters of Evan Jones, one of his gang and best friend. The hoard was valued at $10,000. How far in this story fact is mingled with fiction is hard to say.Legends say that Captain Kidd used Cocos Island as a burial place for treasure.Gold-bearing quartz was found in test drillings on Cocos Island by two mining engineers in 1933. The island of Cocos is honeycombed with caves and was frequently infested with pirates and buccaneers for several centuries. Many of these caverns are still unexplored. A persistent legend associated with Cocos Island concerns an Inca treasure which is still guarded by descendants of Inca leaders on Mount Iglesias, the highest point on the island. Finding a vast network of caves here, the Incas retreated to this sanctuary and remained hidden whenever a vessel approaches Coco's. The inca treasure has never been found.

Get Ready for an Amazing Ride ∞The 9D Arcturian Council
Become a Patron!

We have 2042 guests and no members online