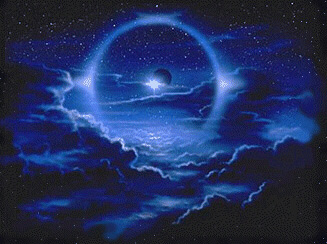 American Indians are a diverse ethnic group. Their languages, customs, social systems varied greatly. One common characteristic found in many Indian nations was an affinity to the spiritual side of life. Out of this came man prophecies.

One of the most fascinating set of prophecies comes out of the Hopi nation located in the Southwestern United States. Many prophecies foretold by the Hopi appear to have come true. Some of these are:

"The Fourth World shall end soon, and the Fifth World will begin. This the elders everywhere know. The Signs over many years have been fulfilled, and so few are left.

"This is the First Sign: We are told of the coming of the white-skinned men, like Pahana, but not living like Pahana men who took the land that was not theirs. And men who struck their enemies with thunder.

"This is the Second Sign: Our lands will see the coming of spinning wheels filled with voices. In his youth, my father saw this prophecy come true with his eyes -- the white men bringing their families in wagons across the prairies."

"This is the Third Sign: A strange beast like a buffalo but with great long horns, will overrun the land in large numbers. These White Feather saw with his eyes -- the coming of the white men's cattle."

"This is the Fourth Sign: The land will be crossed by snakes of iron."

"This is the Fifth Sign: The land shall be criss-crossed by a giant spider's web."

"This is the Sixth sign: The land shall be criss-crossed with rivers of stone that make pictures in the sun."

"This is the Seventh Sign: You will hear of the sea turning black, and many living things dying because of it."

"This is the Eight Sign: You will see many youth, who wear their hair long like my people, come and join the tribal nations, to learn their ways and wisdom.

"And this is the Ninth and Last Sign: You will hear of a dwelling-place in the heavens, above the earth, that shall fall with a great crash. It will appear as a blue star. Very soon after this, the ceremonies of my people will cease.

"These are the Signs that great destruction is coming. The world shall rock to and fro. The white man will battle against other people in otherlands -- with those who possessed the first light of wisdom. There will be many columns of smoke and fire such as White Feather has seen the white man make in the deserts not far from here. Only those which come will cause disease and a great dying.

Overall, the theme of Hopi prophecy is that the Earth is going to soon go through a great purification and that humanity can make the decision as to how extreme this purification will be. Their belief is that the world goes through a period of destruction and renewal and that we are about to enter into a new age, the 5th world (or 6th depending upon the source).

Thank you!
ॐ Namasté - Blessings!
"Life is an echo, what you send out comes back."
© 2008-2022 crystalwind.ca. All rights reserved.
Spirit of Buffalo
The Sacred Pipe
Long Snows Moon
Get This App Now!