The Seven Fires Prophecies of the Anishinabe

The Seven Fires Prophecies of the Anishinabe 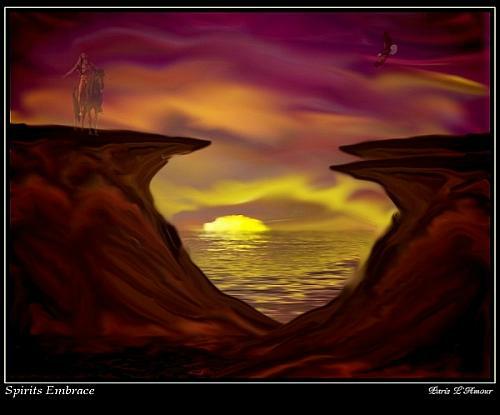 The first prophet said to the people, "In the time of the First Fire, the Anishinabe nation will rise up and follow the sacred shell of the Midewiwin Lodge. The Midewiwin Lodge will serve as a rallying point for the people and its traditional ways will be the source of much strength. The Sacred Megis will lead the way to the chosen ground of the Anishinabe. You are to look for a turtle shaped island that is linked to the purification of the earth. You will find such an island at the beginning and at the end of your journey. There will be seven stopping places along the way. You will know the chosen ground has been reached when you come to a land where food grows on water. If you do not move you will be destroyed."

The second prophet told the people, "You will know the Second Fire because at this time the nation will be camped by a large body of water. In this time the direction of the Sacred Shell will be lost. The Midewiwin will diminish in strength, a boy will be born to point the way back to the traditional ways. He will show the direction to the stepping stones to the future of the Anishinabe people.

The third prophet said to the people. "In the Third Fire, the Anishinabe will find the path to their chosen ground, a land in the west to which they must move their families. This will be the land where food grows on water.

The Fourth Fire was originally given to the people by two prophets. They come as one. They told of the coming of the Light Skinned race.

One of the prophets said, "You will know the future of our people by the face the Light Skinned race wears. If they come wearing the face of brotherhood then there will come a time of wonderful change for generations to come. They will bring new knowledge and articles that can be joined with the knowledge of this country, in this way, two nations will join to make a mighty nation. This new nation will be joined by two more so that four will form the mightiest nation of all. You will know the face of the brotherhood if the light skinned race comes carrying no weapons. If they come bearing only their knowledge and a hand shake."

The other prophet said," Beware if the Light Skinned race comes wearing the face of death. You must be careful because the face of brotherhood and the face of death look very much alike. If they come carrying a weapon...beware. If they come in suffering... They could fool you. Their hearts may be filled with greed for the riches of this land. If they are indeed your brothers, let them prove it. Do not accept them in total trust. You shall know that the face they wear is one of death if the rivers run with poison and the fish become unfit to eat. You shall know them by these many things.

The Fifth Prophet said, "In the time of the Fifth Fire there will come a time of great struggle that will grip the lives of all Native people. At the warning of this Fire there will come among the people one who holds a promise of great joy and salvation. If the people accept this promise of a new way and abandon the old teachings, then the struggle of the Fifth Fire will be with the people for many generations. The promise that comes will prove to be a false promise. All those who accept this promise will cause the near destruction of the people."

The prophet of the Sixth Fire said, "In the time of the Sixth Fire it will be evident that the promise of the Fifth Fire came in a false way. Those deceived by this promise will take their children away from the teachings of the ELDERS, grandsons and grand-daughters will turn against the ELDERS. In this way, the ELDERS will lose their reason for living... they will lose their purpose in life. At this time a new sickness will come among the people. The balance of many people will be disturbed. The cup of life will almost be spilled. The cup of life will almost become the cup of grief."

At the time of these predictions, many people scoffed at the prophets. They then had medicines to keep away sickness. They were then healthy and happy as a people. These were the people who chose to stay behind in the great migration of the Anishinabe. These people were the first to have contact with the Light Skinned race. They would suffer the most.

When the Fifth Fire came to pass, a great struggle did indeed grip the lives of all Native people. The Light Skinned race launched a military attack on the Indian people through-out the country aimed at taking away their land and their independence as a free and sovereign people. It is now felt that the false promise that came at the end of the Fifth Fire was the materials and riches embodied in the way of life of the light skinned race. Those who abandoned the ancient ways and accepted this new promise were a big factor in causing the near destruction of the Native people of this land.

When the Sixth Fire came to be, the words of the prophet rang true as the children were taken away from the teachings of the ELDERS. The boarding school era of "civilizing" Indian Children had begun. The Indian language and religion were taken from the children. The people started dying at an early age... they had lost their will to live and their purpose in living.

In the confusing times of the Sixth Fire, it is said that a group of visionaries came among the Anishinabe. They gathered all the priests of the Midewiwin Lodge. They told the priests that the Midewiwin Way was in danger of being destroyed. They gathered all the sacred bundles. They gathered all the scrolls that recorded the ceremonies. All these things were placed in a hollowed out log from the ironwood tree. Men were lowered over a cliff by long ropes. They dug a hole in the cliff and buried the log where no one could find it. Thus the teachings of the ELDERS were hidden out of sight but not out of memory. It was said that when the time came that the Indian people could practice their religion without fear that a little boy would dream where the Ironwood log, full of the Sacred Bundles and Scrolls were buried. He would lead his people to the place.

If the New People will remain strong in their Quest, the Water Drum of the Midewiwin Lodge will again sound its voice. There will be a Rebirth of the Anishinabe Nation and a rekindling of old flames. The Sacred Fire will again be lit.

It is at this time that the Light Skinned race will be given a choice between two roads. If they choose the right road, then the Seventh Fire will light the Eighth and final Fire, an eternal Fire of peace, love, brotherhood and sisterhood. If the light skinned race makes the wrong choice of roads, the destruction which they brought with them in coming to this country will come back at them and cause much suffering and death to all the Earth's people.

If the Natural People of the Earth could just wear the face of brotherhood, we might be able to deliver our society from the road to destruction. Could we make the two roads that today represents two clashing world views come together to form a mighty Nation? Could a Nation be formed that is guided by respect for all living things? Are we the New People of the Seventh Fire?

Thank you!
ॐ Namasté - Blessings!
"Life is an echo, what you send out comes back."
© 2008-2022 crystalwind.ca. All rights reserved.
The Sacred Pipe and Ceremony
Strong Sun Moon
What Different Feather Colours Mean