AA Michael: Walking Into The Light of Your Future

The Family of Archangel Michael 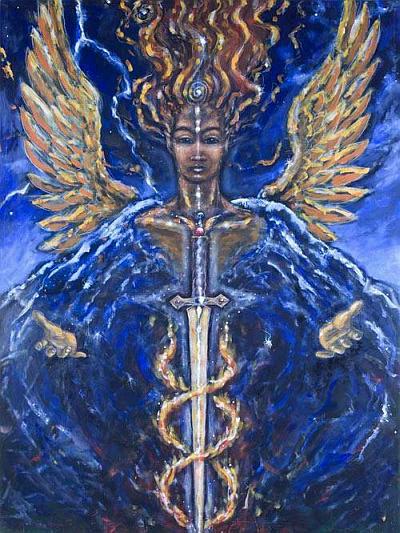 The Families of Michael

(Note: This is incredibly difficult to express and so it is asked to be in neutrality and witness this information from an observational level. This way you will not be prone to attack it, however to utilize this information as a part of your informed awareness and self empowerment as you move forward on the consciousness evolution path. Galactic Human evolution is requiring we take responsibility to see and witness things that have been hidden from us. This is one of those major revelations that is very painful and controversial and as such, it is requested to be aware of it and then make your own internal decision on what feels internally right for you. Being responsible for the direction of your being and claiming self sovereignty and freedom for yourself as well as for others requires that we see all that is hidden, and we take responsibility for it, even when it's painful or unpleasant. )

A major piece of this pain was forced to be held by the group consciousness known as the Family of Michael. The Family of Michael, also known as the ArchAngel Michael Matrix has been seriously damaged and forced into portions of its own consciousness to be twisted into a grotesque montage of fed karmic backlash from humanity and reversal hybridization programming. (The Nephilim Reversal Grid system headquartered in UK Stonehenge feeds upon Michael) This negative energy sewage system is based on the enslavement program influence placed in its dimensional space, and how humanity through the New Age and organized religion have been fed lies to call upon AA Michael to further create its bondage to enslave itself thereby forcing it to enslave others to this plane.

The Families of Michael are Blue Ray descendants of the First Order. They were a part of the Guardian consciousness holders of the 3-6-9-12 Arc Portal system which has been at war between the races that want control of this access gate. We could also refer to this gate as the 11:11 Portal System. Naturally the agenda was by distorting and torturing Michael consciousness, they could eventually get control of that Arc Portal System. The Family of Michael agreed to be a part of the rehabilitation of the Fallen Angelic (Seraphim) races by agreeing to be the Guardian of the Horizontal Grids of this Earth System, known as the Golden Eagle Pylon Grid Network System. The Golden Eagle Grid is about 57% infiltrated into reversal code system ( reversal 10 D Current) as instituted by the Controllers or Reptilian Intruder Races. The major gate of the Golden Eagle stronghold infiltration is the 10th dimensional Gate located in Iran/Iraq. The war, strife and death of many humans in this area of the planet is used to keep the dark energy circulated and in control. The controller agenda is and always will be "divide and conquer". This area is the most prominent to institute False Michael "sightings" and broadcast usurped channeling into the Golden Eagle Grid Network. It also has circulatory system linked to Giza at the 4D gate level and others.

This dark or reversal code infiltration is what forces the phenomena of Fallen Angelic Races to live within a distorted dimension and damaged and violent blueprint of itself. The phenomena of demonic entities and its growing lucerferian energies is a result of this distortion. When the Seraphim hybridized with the Reptilian - incredible genetic damage was suffered. (The original hybridization attempt was overlit by the Elohim and was intended to actually heal the genetic anomalies bringing more balance to make rehab of the Reptiles possible.) The Gold Order Seraphim are a part of the original Three Primal Sound Fields and were one of the three creators of the Kristal bodies of Angelic Humans. Therefore all human bodies hold genetic history and relationship to the Seraphim and Angelic Avian Races, such as the Family of Michael. Those given the energetic signature and the name of Michael have even more energetic consequence to holding this pain. (Please clear yourself of this False Michael, False Jesus Twin energy architecture from your name and blueprint as you are guided, Ask your Blue Flame Coding to embody within and override all cellular memory distortions)

In this case the more a human being calls upon the Family of Michael the more karmic exhaust this group entity receives, similar to being fed sewage after layers of sewage until there is no God particle left. This energy sewage accumulation also blocks and distorts the pathway of the 3-6-9-12 Arc from being completed and connected as the 11:11 Ascension Gateway. Humanity has been told to consume ArchAngel Michael energy under the guise of protection, only to be revealed it has been generating great harm to our masculine archetype, along with a Magnificent Blue Ray Being that has been tortured to serve Reptilian motivations. This means the AA Michael Blue Sword Initiations are energetically meant to enslave rather than protect.

The Distorted False Michael Masculine Archetype of Protector is actually an archetype of Enforcement of Will through Enslavement and Raper/Siphon of the Divine Feminine. The Blue Sword is a structure in the hologram used to split apart and reverse both masculine (6D) frequencies as well as feminine (7D) frequencies at the 9D holographic blueprint level. They control the direction of these energies through the Iran Gate at the 10D level. Which means its use reverses the code so inner marriage and external sacred marriage can NEVER truly transpire. This AA Michael distortion is like an artificial holographic insert placed into the 3-6-9 dimensional fields that splits apart masculine/feminine merging at all those dimensions. Since these are masculine principles as well as the particle physics governing that space, it means it severely damages the function of the mental bodies of human beings. It is through this the patriarchal domination has been enforced through the propagation of masculine enforcer, or the False King of Tyranny held in place by the Blue Flaming Sword of AA Michael. Ascension and Liberation from this plane requires a full merge of the masculine and feminine energies (6D Indigo and 7D Violet) coming into balance and marriage. This structure was directly splitting apart not only the frequencies but feeding the continuation of distorted patriarchal domination programming into our masculine energy ( mental body functions) and especially directly into the masculine physical bodies. Honestly, it is no wonder most of the human race dies of a broken heart, as this kind of inner pain carried in our cells has truly been unbearable to our soul.

The Male Healing Can Begin

It is important to understand we must see what is hidden in order to heal it. This revelation is a huge step into our comprehension of how we have arrived at this global state of human disarray and planetary sickness. To empower ourselves we must see where the sickness or the infection exists. If we cannot see the infection we cannot inoculate it. This is tantamount to the beginning of a massively expanding possibility of healing the human race.

As the Blue Flame of Michael is stepping down, we are being asked to hold the Truth of the Blue Sword back inside of our own being. We endeavor and request to be the Blue Flame Holders as We were Designed to Be. We will take this burden from Michael and Give it to God. It is within our own hearts and our inner connection to God that we can become the Knower's and Keepers of Truth. We can no longer ask ANYTHING or ANYONE outside of ourselves to hold this Truth or to enforce this Truth for us. To regain our Cosmic Citizenship we must rise to our inherent God wisdom and Become the Truth Vibration. It is the Truth that sets all Things Free and We, as Divine Human Beings are the POWER and CAUSE of Gods Will into Action to rise and set forth All that which is suffering -- To Be Free Again. As we uphold the Natural Laws of God, as We Agree to be the Keepers of the Law once again, We allow tyranny and suffering no more. This must End. This is God's Eternal Law! We command it into Dominion on Earth more than Ever Now! I AM God. I AM Sovereign. I AM Free.

Connect inside with no intermediary and Know you are the Revelation of God Returned to restore the Earth. All Change begins Within. Give voice to those who cannot, and let the Healing of our Divine Masculine Begin. He is the Rod which will anchor our Staff into the Earth and He is treasured beyond measure. Our Male is Destined to be the Rod of the Earth, and our Spiritual Unionship - our right to Divine Marriage can then be embodied again to fulfill our Ascension.

We are in this together and until next....Stay in the luminosity of your Avatar Heart Path! Be Gentle with your hearts and each other.

The principal players in this fallen angelic drama are the Pleiadian-Nibiruian-Luciferic Anunnaki, who combined with the Andromie Anunnaki; the Jehovian Anunnaki; the Dracos Zeta; and the Drakonians and Zeta Rigelians who work together. However, in the year 2000 many from these competing groups formed the UIR (United Invader Resistance), a temporary alliance in an attempt to defeat the Guardians. 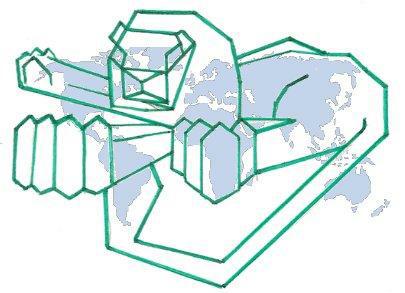 The Great White Lion and the Golden Eagle were created by the pure races and Guardian Founders: the Lion APIN by the Elohei Leonine Christos races, and the Eagle APIN by the Seraphei Avian (bird) races. Note that the Elohim and Seraphim are slightly digressed from the Elohei and Seraphei. These two branches form the main lineages. Some of the Elohim then further degenerated into the Anu-Elohim, who created the invader Anunnaki (to stop human guardians). The human race is not a product of this line but more directly from the Elohei. The Seraphei digressed to the Seraphim. This lineage, listing the Anunnaki origin and the bird people and reptilian species, is a simple outline and the reader should consult the detailed charts of the Guardian material from workshops. 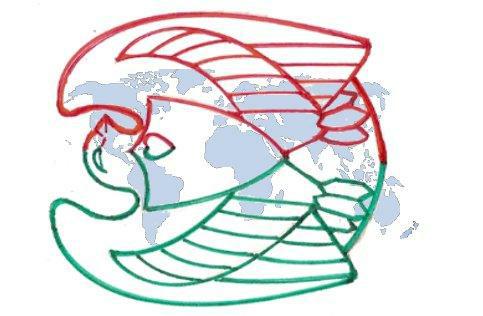 Predictions of Major Changes on Earth ∞The 9D Arcturian Council

Living In The Moment - Channeling From Sirius