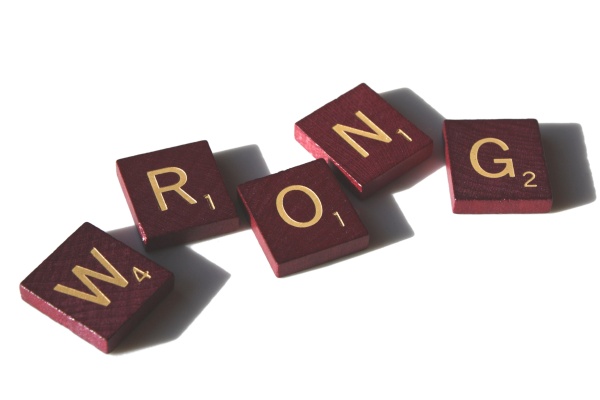 You are proving more resilient in your need to be right than even you thought possible before birth in this lifetime.

There is no right nor wrong, merely differing viewpoints. Just as is true with historical perspective. Such can be indicated by the histories of the same event in different decades or historical periods. For example, in the United States, eminent domain was touted as the right course of action prior to the 1900s. Native Americans were considered subhuman and the aggressors as Caucasians claimed the land. That approach is now often reported with disdain. But at the time of those events, it seemed historically correct.

So it is now. Your need to be right is not necessarily the best or only viewpoint – merely your viewpoint. It is time to realize no one claims a perspective without a personal interest. So it is, your view is more personal than global. And your view is merely part of the minutiae of the whole.

That is not to say you need not have a viewpoint, but instead to caution you against seeing that viewpoint as closed, as right or wrong. For it is neither.

As you become more advanced in your 5D and beyond world, you will discover that allowing only one viewpoint limits both your personal and world options.

This is a new world in a new time.

It was necessary for your grandparents and great-grandparents to open their minds to automobiles, airplanes, the radio, and telephones. It is time for you to set aside your pre-conceived knowingness of what is possible or right.

Just as horse-driven carriages went by the wayside when automobiles were introduced, so too will your world change in ways you cannot yet imagine.

You will miss the beauty of all that is now happening in the world beneath the surface of general knowingness if you insist your way (likely the 3D way) is the only way.

Do you not sense how quickly your world is changing? Most importantly, do you not understand how and why you are changing? Your physical, spiritual, and emotional shifts were not created to retain the old. You are a new being in a new world. So it is what once was, is no more. Just as you are creating a new being with new interests, so are all others who awakened the past few weeks.

Until now, you were somewhat isolated and created your vision of rightness based on what you knew. You, and we, did not understand that once the world started displaying new inventions, thoughts, and actions, you would decide that you would rather live in what was instead of what is becoming.

Granted, during this time of global political, physical, and emotional upheaval, it is logical that you revert to what once seemed comfortable. But because you are a new being, what was comfortable will never be again. You are no longer who you were in thought or body.

This is a new age that includes new thoughts and actions. Such does not necessarily mean you will create something that will change the world –  daring to be you is already doing that. But instead, that you open to thoughts that seemed silly in 3D but are now becoming a reality.

Stop playing with the belief that you want your old life back. Your old life is gone, just as would be true if you moved to a foreign land. Yes, even the language is new. For new words are being created to address new actions. And in time, those words will disappear as nonverbal communication becomes the norm.

For you cannot have a cohesive whole if there are physical or language barriers. Eventually, the earth will be more nonverbal than verbal. But that is several steps in the future. For now, you merely need to allow yourself to accept new ideas even from those you believe are your enemies.

That is not to say you must deny your inner rightness. But instead, open yourself to new ideas that might seem farfetched or silly at first. For you, of all earthlings, know that what is may not be a complete reality.

You discovered such is so years, even decades ago. For you, forerunners pushed against everything believed to be ‘normal’ through meditation, chakra knowledge, and similar items from the East; and proved that messages from unknown sources displayed in writing or channeling offered assistance for the world. Many thought you were ‘odd,’ if not a harsher label. Yet you preserved to become part of the mainstream, as is now happening.

Please give the same freedom of movement and openness of thought to those in the 2nd and 3rd waves. For many areas they are discovering, inventing, or promoting may seem farfetched to you. These new idea people might even be those with whom you are uncomfortable. Allow that to be.

You need not become their best friend or even acquaintance. Your only responsibility is to allow them to be. For just as you were once tadpoles who evolved into frogs, so too are now the 2nd and 3rd waves as they go through their testing of what is right for them, and therefore, the world.

You begin your current journey slowly. Perhaps purchasing a psychic readings or a Tarot deck. Or other items you might have outgrown. Those in the 2nd and 3rd waves are just dipping their toes into the creations that will help make earth life peaceful and joyful.

Do not discount their creative intents, nor their sometimes seemingly outrageous conclusions. It is time to put aside divisions. It is time to create a world of peace and, yes, love. Neither of which is possible if right and wrong are pushed to the extent that has been true the past few decades.

Different is the term of the hour and the decade. Bad and wrong are of yesterday. So be it. Amen.

+ - Credit Click to collapse
Copyright © 2009-2020, Brenda Hoffman. All rights reserved. www.LifeTapestryCreations.com. Feel free to share this content with others, post on your blog, add to your newsletter, etc. But please keep the integrity of this article by including the author: Brenda Hoffman & source website link: www.LifeTapestryCreations.com
Source Here
back to top
Tweet