Up Up Up - Ascension Notes

THE NEW EARTH - Channeling From Sirius 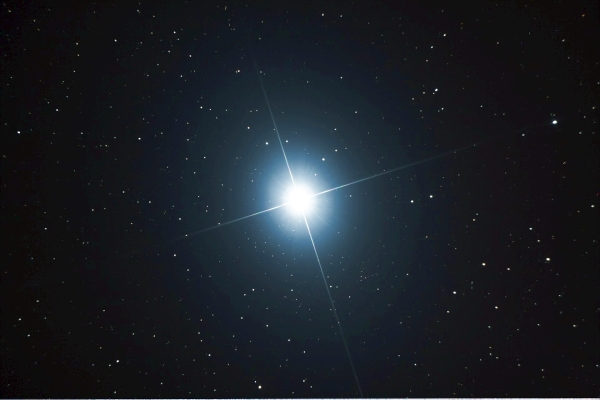 Dearest Ones, souls on Earth may sometimes wonder what life on Earth is all about. Not everyone can imagine what a New Heaven on Earth can possibly be like. The talk of LOVE and LIGHT may be an anathema to them.The Earth to them feels as if it is a place of anger, sadness,greed,illness and poverty. These thoughts and emotions have been instilled in many of you for eons of your time on Earth.Souls come in and go out, enduring much hatred to other souls in their time incarnate on the planet. It is sometimes inbedded in their very way of being, so to speak. This way of life has been engendered by the darkness that abounded on Earth from souls who fed on these dark emotions.

Dearest Ones IT IS TIME NOW to rise up and clear these dark emotions from your soul.Most of you who read these words, are understanding what is happening and are working hard on yourselves to transcend from darkness into Light. This is the work that you came here to do Dear Ones .The TIME is NOW that you will all move from the 3rd Dimension into a 5th dimension of HEAVEN ON EARTH.

EARTH or GAIA as she is known is a living breathing organism ,a being of LOVE and LIGHT .She knows all of the souls on her planet and she is helping you to clear the last vestiges of dark emotions within you. Do you not feel her LOVE ? However she also knows the evil ones and she has decreed that they leave the planet NOW.

GAIA is transcending as we speak and she has no place for these dark souls on her planet.As you are seeing there is much movement from her as she also moves from the dark 3rd Dimension into a lighter 5th dimension ,where ALL souls have her best interests at heart.You are all seeing the changes in her .Volcanoes erupting ,Earthquakes, high winds,floods and strange weather patterns taking place. Many of her weather systems have been interfered with in the past by a dark agenda and she is now slowly coming back into alignment and balance.

Dark souls have been trying to control GAIA for centuries.She has been patient waiting for humans to change but it is TIME NOW for all souls who live on the planet to be in alignment with her.Many ,many souls have come in to help her progress . Her weather patterns will change and much of the planet will have moderate weather, where humans can thrive.This may all seem like a pipe dream to you and you may feel like this is in some distant future but know that all of this is happening NOW Dear Ones.The frequencies that are bombarding Earth at this time are allowing those who are in tune with GAIA to proceed into the NEW EARTH.No more poverty, disease,hunger or lack of LOVE.However those of a lower vibration who are not willing to change will not be able to sustain these frequencies.

Your body and soul connect to GAIA so always talk to your body and GAIA and listen to what they have to to tell you. The cells in your body are constantly renewing themselves and they know exactly what they need.Your body may need more rest,more sunlight,more nutrients or more exercise.Be at one with your body and learn to LOVE it no matter what happens.There is always a lesson to learn in any symptom .It is hard for humans to understand but in every illness there is a lesson for the soul, however hard that may be for you to hear. The more that you learn to listen and to LOVE the body that your soul abides within ,the more peaceful you can become.

There have been many technologies which have been hidden from you by a dark agenda .Many of the illnesses of mankind have been perpetuated by a dark controlling agenda .They know that many illnesses could have been cured eons ago and many illnesses have been started by them to make money on the so called cure . Money which is given with a good heart to some so called charitable organisations go straight to these evil ones . Many of the so called illnesses in the world have actually been caused by a dark agenda to make money from a so called cure and to keep the population living in a Matrix of Fear . You have been kept from knowing about your own SOVEREIGN power as a being of GOD.

GOD has given every single human being on Earth a perfect immune system which keeps the body in balance.However over the last few centuries your Earth has been bombarded by the dark agenda with much pollution and many so called epidemics in a way to control you and to make vast sums of money on finding so celled cures. Over the last year many people have been in Fear of another such one which appeared to kill many people .However Dear Ones a certain number of people die each year and this has not changed.The fear of this so called C…d has been orchestrated by the dark to control the population .

This so called C…d was produced synthetically by the dark agenda and a cure in the injection was produced apparently very quickly but this was already in operation and was used in an aim to de populate and control humans ,not to cure them .

GOD gave all souls free will to live on Earth to learn their lessons and higher beings were not allowed to interfere.However Dear Ones this agenda to de populate the world has stepped over the line of non-interference and GAIA sent out a call to the Universe for the Higher Beings to help. Much of the damage that the v could have caused has been ameliorated by the Higher Beings from many of the Star systems . Some souls did incarnate to take the v , to experience symptoms and to wake the population from their slumber and some brave souls did incarnate to die from the v to awaken other souls in their vicinity.

Many of you are amidst others who are still sleeping ,so to speak and believe what some corrupt Governments are telling them .Those of you who have awoken are feeling frustated by others around you who are still asleep but have faith dear ones for ALL IS WELL and your time will come.There is a groundswell of souls awakening on the planet and once awake they sleep no more.The frequencies will continue until all souls awaken and the darkness will be no more. You will be much needed to help those when they learn of the unpleasant Truths which are beginning to come to LIGHT. Those Governments who are corrupt and continue to keep the population in fear will be overtaken by others in the LIGHT and local communities will be more able to govern themselves.

Many of you worry about your friends and family who have taken the v.Worry not ,Dear Ones for mostly they have been neutralised and will cause them no harm.They too will be as you ,when the TRUTH comes out to what has actually been going on and that time is very soon .All you can do now is to just be yourselves.You cannot persuade others to think as you do.They will learn in time and be as you are now..They need to learn for themselves as you have done.The frequencies on Earth are such that they are awakening many ,many more souls to their own mission on Earth at this time and for all dark evil souls to leave the planet.This is decreed and WILL happen.

Dear ones no more Fear now as the world is changing . Look around you and see the changes that are happenning .Gaia is ascending and you are ascending with her. Look forward to all that you so desire and manifest the NEW EARTH NOW. No more fear of illness, poverty and lack of love for GAIA will give you all that you need. Talk to her and ask her how you can help and she will give you all that you need to survive.You are strong ,you are powerful and you can manifest the NEW EARTH yourselves in community with other like minded souls.

Decide to leave the matrix of Fear that the dark side have tried to install in you. BELIEF is a powerful thing Dear Ones, learn to BELIEVE in a LOVING GOD as a part of YOU and have FAITH in an abundant EARTH now and nothing or no one can ever harm you .You will be given all that you so desire.

There is much talk about the days of darkness but in Truth if all souls awoke to know that they are a part of GOD and in tune with GAIA now ,there would be no darkness .New free sustainable energies will be found and new ways of clearing the Earth of pollution that humanity has caused ,will come to LIGHT.

GOD ,GAIA ,and the HIGHER REALMS will always support all of you who ask .

Dear Ones the TIME is NOW to connect with GAIA .Know that you all came here to be with her to bring in the NEW EARTH and that TIME is NOW.

Rejoice with GOD and GAIA as you all bring in the NEW EARTH together.

We are with you as you transcend from darkness into LIGHT and we send you much LOVE and many BLESSINGS on your own journey .

ANGELS FROM SIRIUS
To all Lightworkers who love Angels and Sirius . This Website will assist your Ascension with loving, hopeful messages from the Angels on Sirius.

We have 1365 guests and no members online