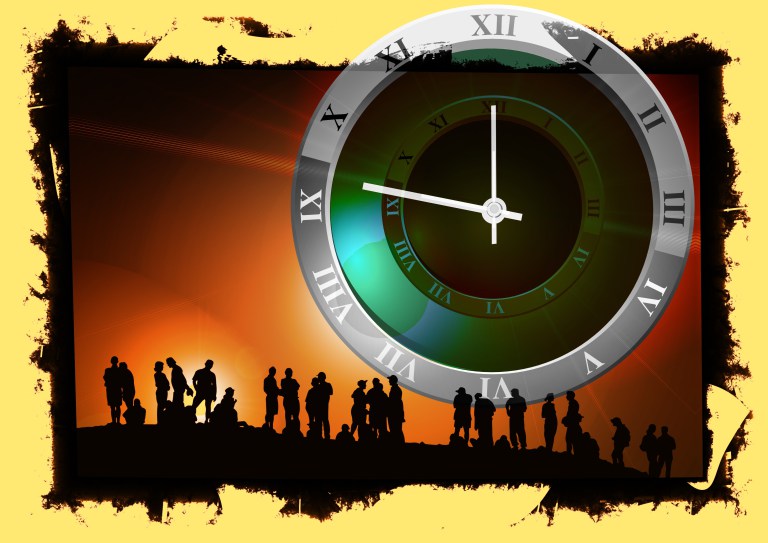 Edgar Allan Poe, as many of you know, was a popular 19th century American writer, editor, and literary critic. He was particularly well-known for his poetry and short stories, many of which were focused on mystery and horror.

Poe’s only completed novel was The Narrative of Arthur Gordon Pym of Nantucket, published in 1838.

In the novel he tells a fictional story of cannibalism on a whaling ship lost and wrecked at sea. Four men survived the shipwreck. Adrift in an open boat, the men run out of food. They draw straws to see whose life will be sacrificed so the others can survive on his flesh. The unlucky one is a young boy named Richard Parker. Note that name.

In 1884, 46 years after Poe wrote that story, there was a real-life, eerily similar event at sea. Four men, the same number as in Poe’s fictional story, were cast adrift after their ship sank. Without food, they also resorted to cannibalism. The unlucky one this time was a young boynamed Richard Parker.

Did Poe travel into the future to write his novel 46 years earlier?

I’ve had several personal experiences that hint at time travel.

In the first, many years ago, my wife, son, and I were visiting the US Civil War battlefield at Gettysburg, Pennsylvania. My son and I stopped at a restroom, and my wife said she’d wait for us outside the entrance. A few minutes later, we came out. She was nowhere to be seen.

We searched and searched for her all over that part of the battlefield. No luck. Finally, we went back to the restroom. There she was outside the entrance. She said she’d been there the whole time.

What happened? Here’s what Spirit said:

Such events as Johnny describes are more ordinary than you know. You often travel inter-dimensionally through time and space. You also travel into no-time and no-space. This is the realm of spirit, where you all came from and really never left. Time and space do not exist there.

This is such a common experience among humans, but you rarely recognize it.

My second experience, about 20 years ago, also seemed to involve a “time warp.”

I left my house early one morning for a destination 10 miles away. When I got into my car, I checked the time and odometer—a regular habit of mine back in those days. Another habit of mine is to always drive at or under the speed limit.

When I got to my destination, again I checked the time and odometer. I had traveled the 10 miles in 6 minutes. That meant I must have driven at 100 miles per hour—more than twice the speed limit! Do the math.

I have never driven that fast in my life (except when I flew airplanes).

Linear time is a convenient illusion humans have created. After all, it does help you to navigate through time and space. But only humans live in time. Animals do not, unless you’ve trained your pets to conform to linear time in the best way they can.

When you move out of your normal “waking” awareness, as Johnny did that day long ago, either linear time ceases to exist or it gets distorted. Then all kinds of seemingly strange things can happen.

Just know this—your essential nature, your true self, is pure consciousness. When you move back into that state (which you never truly left), you are no longer limited by time or space. You travel through both easily and effortlessly, in often seemingly strange ways.

Finally, I’d like to briefly revisit a conversation Spirit had with Barbara Clark a few years ago.

Why do I forget when we talk. I don’t forget when I talk to physical human beings. Why do I almost instantly forget what you’ve told me?

That makes your experience pretty hard to remember when you return to your normal awareness in time and space.

It’s not that you forget, because forgetting is a result of living in the illusion of linear time. But when you are in no-time, you have no reference point after you return to linear time. So your normal waking mind has no recollection of what happened when you were “out of time.”

So is time travel possible? I believe it is, and I believe we’ve all done it, perhaps unknowingly. As Spirit says, there is only the human-created illusion of time. All that we call past and future exists now, in this present moment.

This video is a pretty factual discussion of possible time travel. Although it does not take sides on the issue, it presents some fascinating possibilities.

+ - Credit Click to collapse
In the early 1980s John took a spiritual development course, and was introduced to his first spirit guide, Lydia. After Lydia arrived, three other guides also came to him: Archangel Michael, Tamarra, and Chief Joseph. Today these are John’s four main guides.
Besides his four main ones, John has various other guides. The entire group is really a multidimensional collective consciousness. John refers to the entire group simply as “Spirit.”
© Copyright 2016 John Cali. Reprinted with permission. All rights reserved.
Source Here
CrystalWind.ca is free to access and use.
Please donate a small gift of $11.11 or $22.22 or $33.33.
Thank you!
ॐ Namasté - Blessings!

The Creator - Completely Up To You

Cmdr Ashian: Your Well Being Is Crucial Now

The Second Half of 2020 ∞The 9D Arcturian Council
Become a Patron!