Are You Living In the Shadows or In the Real World?
A+ A A-

The Most Powerful Person on Earth 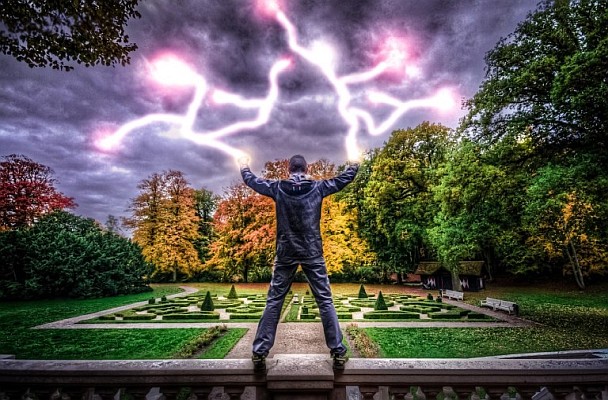 Power: The capacity or ability to direct or influence the behaviour of others or the course of events. ~ Oxford English Dictionary

You’ve probably seen lists of the so-called most powerful people on earth. They usually include politicians, business leaders, athletes, and others in various prominent positions.

In a couple recent news articles, I saw Russian President Vladimir Putin and US President Donald Trump described as “the mot powerful person on earth.”

As you’d expect in today’s world, “the most powerful person on earth,” is usually a man.

But what is true power? Is it political influence, money, physical strength, or what?

The time has come for the balance of power, as humans see it, to shift—and to shift drastically. Your planet needs more balance. It needs less of the harsh dominating male energy. It needs more of the nurturing receptive feminine energy.

This has little to do with gender. You all know someone who identifies as male, female, or some other gender identity. Every one of you carries masculine and feminine aspects. Generally, though, one is dominant.

But, regardless of a particular person’s dominant gender, the ideal is for there to be a balance between the masculine and feminine.

It’s when your energy gets out of balance that you have many of the problems you see in your world today—individually and on a global scale.

One of Johnny’s favorite quotations is from Mahatma Ghandi:

“If a single person achieves the highest kind of love, it will be sufficient to neutralize the hate of millions.”

Does that sound like any politician or other public figure you know in today’s world?

The greatest power of all, of course, is the power of love. Love is just another word for God, Goddess, divine energy.

Now that is true power.

There are not 2 powers, one of love, and one of whatever you define as its opposite. There is only one power, the power of love. All else is illusion.

In just one and a half minutes, Martin Luther King, Jr. beautifully describes the relationship of love and power. Although his mention of Christianity may turn off some of you, don’t let that obscure his eloquent wisdom.

Image: Copyright © 2019 by Berna Copray
In the early 1980s, John took a spiritual development course and was introduced to his first spirit guide, Lydia. After Lydia arrived, three other guides also came to him: Archangel Michael, Tamarra, and Chief Joseph. Today these are John’s four main guides. Besides his four main ones, John has various other guides. The entire group is really a multidimensional collective consciousness. John refers to the entire group simply as “Spirit.” Source

A Moment In (and out) of Time

Enjoy The Journey - The Federation Of Light

Everyone has Guides - The Arcturian Group

Tethered to Yesterday’s Comforts No More

Traversing The Last Sub-planes Of The Fourth Dimension - Archangel Michael

VLOG 161 - We Can Empower Humanity’s Healing During Holy Week
Become a Patron!

We have 2214 guests and no members online