The Amazing Power of Compassion
A+ A A-

What Is Forgiveness and Why Do You Need It? 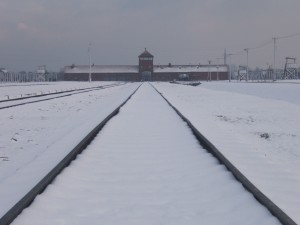 I have a childhood friend, Sue (not her real name) who hates her mother. And her mother’s been dead for years! But Sue has not let go of her hatred. It’s killing her—literally. Her health is a shambles.

I knew Sue’s mother very well. We were close friends, despite the difference in our ages. She was not the monster Sue remembers her as. But even if she had been, is it worth it to Sue to keep killing herself bit by bit?

Dr. Robert Brooks talks about his childhood memories of two family friends, a couple, who lived in Nazi Germany during World War II. They told a horribly chilling story of their infant niece. One day a Nazi soldier took the baby and tossed her up in the air, catching her on his bayonet as she fell and slaughtering her right before her family’s eyes.

I cannot imagine that kind of horror. And I could understand if the family harbored hatred for that Nazi soldier and others like him. Their acts were truly monstrous, unlike my friend Sue’s mother’s actions, which were benign by comparison.

But does any act, no matter how monstrous, justify harboring hatred and withholding forgiveness? Both the harboring and the withholding are choices we can freely make—or not.

Hatred and resentment are always rooted in the past. They do not exist in the present moment. So when you hate you’re living in the past.

Love lives only in the present moment.

Let go of the past and you free yourself to live fully in the present. You restore the joy and peace that are your birthright.

Forgiveness is not condoning or excusing the cruelty of others.

Forgiveness is the choice you can freely make to free yourself from the past and its pain, and to move into the present moment where you will find joy and peace.

Forgiveness should not be something you do occasionally. It should be a way of life.

Anger, hatred, bitterness, living in the past come from your ego, not your spirit.

You live in a fair and just world. The universe takes care of “meting out justice.” That’s not your job.

It is futile to wish your past could have been different from what you thought you wanted it to be.

Forgiveness frees you to be who you really are and to do what you came to do.

Viktor Frankl is an Austrian doctor and psychiatrist. He’s also a survivor of The Holocaust, having spent time in the Nazi death camp at Auschwitz. Listen to him talking about finding meaning and happiness in our lives, even amidst horrors most of us will never face.

We have 1696 guests and no members online