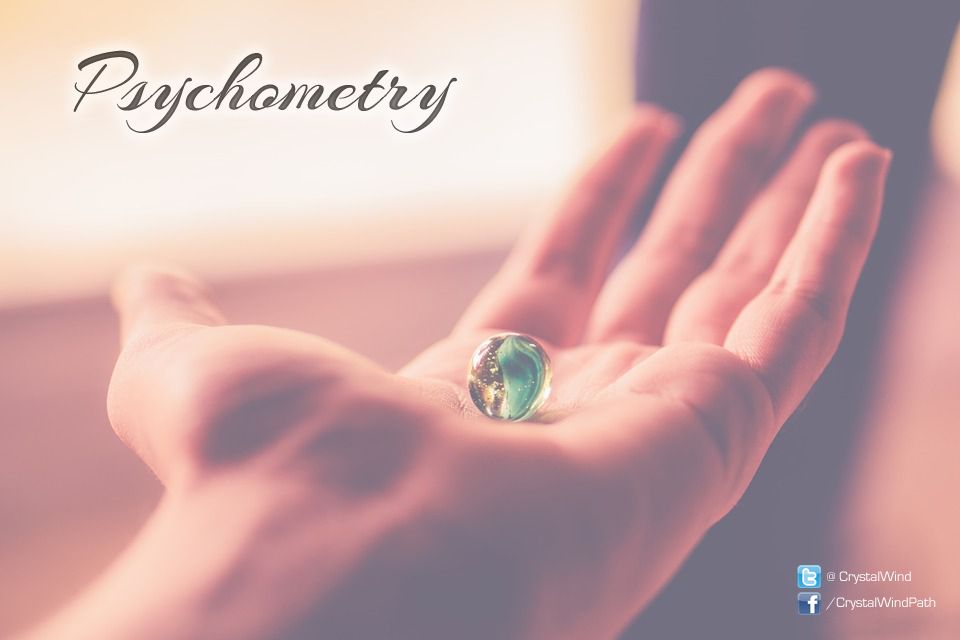 Psychometry is a psychic skill that enables someone to pick up information from an inanimate object.  People doing psychometry readings can accurately describe someone’s characteristics, physical appearance or things that have happened to them just by holding something along the lines of a well-worn watch or favourite necklace of theirs.

The use of psychometry goes back as far as the use of any psychic skill, but more recently a greater understanding of the nature of the universe revealed by quantum physics has given us a better way of explaining exactly what’s at work.

Psychometry is possible because everything in the universe is composed of atoms that don’t stay put.  Every single particle in the universe is constantly on the move.  It might sound very new age but it’s actually a scientific observation to say that the energy in anything is constantly mingling with everything else.  That means that if you wear something every day, it becomes infused with you and explains why you might find keeping something worn by a loved one close when they’re away so comforting! It’s that infusion of an individual into a well used or worn item that would be soaked up by a reader during a psychometry reading.

Holding an object can also set an intention or act as a magical ritual, enabling us to sift and sort information about the owner from the vast web of universal energy.

Any object can be used in psychometry but you’ll most commonly see people reading from very personal items of jewellery, such as watches or necklaces.  These become infused with a lot of energy because they tend to be worn a great deal. Stones with rings are also really good to use because the stones amplify the energetic signals – especially crystals.  Interestingly, many watches are kept accurate by crystal technology, making quartz crystal watches great for psychometry!

When choosing an object for psychometry, it’s more important to choose something based on wear or use rather than actual ownership as the notion of belonging is an idea of ours that isn’t recognised by atom exchange.  That’s why it’s also best to thoroughly cleanse the energetic slate of anything you feel needs refreshing for any reason or that is second hand to remove any unwanted energy.  You can do this either by washing it in salt water bath or, if that’s impractical, leaving it where it can be exposed to moonlight.

Like any other psychic skill, psychometry can be developed.  When you’re doing a reading, hold the object in your left hand and see what impressions you can pick up. You might get words, names, images, sensations or colours.  Developing an extensive symbolic vocabulary can be really useful.  For example, you might pick up the colour yellow, which can signify a person who lacks spontaneity and might nurture secret prejudices about anyone who appears different to the norm.

When you start out, you can begin by working with something that you own and keep a diary of your impressions and what you notice about your corresponding emotional states before you start practicing on others.  When you’re feeling more confident, you can throw a psychometry party where you get together with a few friends and each bring an object belonging to someone else. Swap objects and see how many pieces of accurate information each person can jot down.

Perhaps the most important thing to understand about psychometry is that as it’s essentially based on an exchange of information.  That exchange is two way and can be used to your advantage.  It means that you can take something of your own, cleanse it and then, holding it in your right hand, work with any affirmations, cosmic orders or manifestation visualisations you are using.  This will charge the object up with whatever it is you most want to attract into your life!

A quick guide to psychometry

What are the origins of Psychometry?

The term was first used in 1842 by Joseph R. Buchanan, an American physiologist, who claimed it could be used to measure the 'soul' of all things. Buchanan further said that the past is entombed in the present. Buchanan experimented with some students from Cincinnati medical school and found that when certain students where given an unmarked bottle of medicine they had the same reaction as if they had taken the medicine. He developed the theory that all things give off an emanation which contained a sort of record of the history of the object. He believed that objects recorded senses and emotions and these could be played back in the mind of the psychometric scryer.

+ - Credit Click to collapse
Michele Knight is a UK based astrologer, broadcaster, TV personality and Sunday Times best- selling author. Voted the UK’s Favourite Female Psychic two years running by readers of Soul and Spirit, one of the UK’s leading magazines in the mind, body and spirit genre, she has also been a columnist on all aspects of spiritual development for Soul and Spirit and Spirit and Destiny magazines.
H/T Here