Some Insight into The Council

Atlantis - Part 3 - How The Pyramids Were Actually Constructed 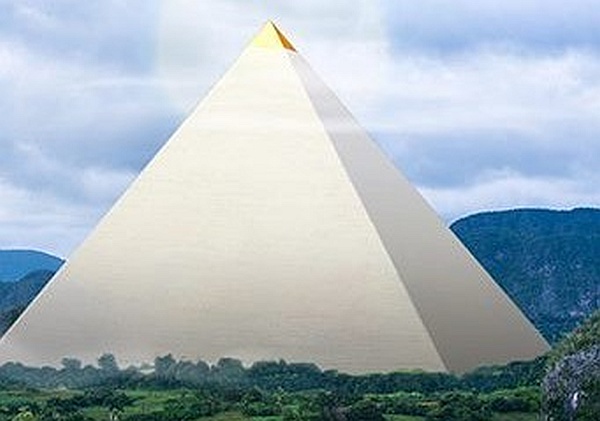 How The Pyramids Were Actually Constructed

You may have seen documentaries where people use mechanical means in an attempt to reproduce the construction of a pyramid. It requires a lot of effort to build a very small one. William LePar's spiritual source, The Council, explains how it was really done.

Questioner:  Could you tell us please how the pyramids were built?  That is, any of the pyramids, Egypt or Mu, Lemuria, Atlantis?

The Council:  Through the mental processes.

Questioner:  The same powers that could also be turned to destruction?

Q: Did they simply will the construction, will the blocks to move?

C: Basically, it was a matter of willing, but they needed help.

C: No, only partially.

Q: Then from what?

C: Special appliances.  Basically, metallic rods held in hands. One was a barrel-shaped rod; the other was a staff rod.  The high priest then would carry these, and it was used as a tuning mechanism. The assistant priests or the common priests then would concentrate, and through a means of chanting which would have been strictly cosmetic in actuality, the chanting served their conscious mind for concentration, but the chanting in itself served no other purpose; focusing these thoughts then and the high priests holding these rods, touching the stone or the block that had to be moved, created a field that negated the gravitational force, thus allowing that stone or that rock to rise.  Do you understand?

Q: Yes. Somewhat, are you talking of vibrations?  Through some kind of vibratory energy that the rock gained an anti-gravitational state?

C: The mind emanates an electrical field.  This electrical field can be focused. The priests would concentrate on the rising of the rock or the elevating of the rock.  They were of one mind then.  The high priest which held these appliances, with the use of the appliance would be able to be what you could refer to as a power element or the priest with these appliances then would accumulate these electrical impulses derived from the extreme concentration and would trigger then, with the help of these appliances, a force that would negate the magnetic field in relationship to the object.  Now the priests would lay hands on the object or the stone.  Do you understand?

C: The high priest would walk ahead or behind of the stone and one could consider then, because of the appliances, the high priest would be used as the power source to cancel out the gravitational force on the rock itself.  This would be done in a manner that is hard to explain because the concept is not in line with man's normal understanding but what constitutes material form but atoms.  Again, what are atoms but fields of energy or electricity, and so by activating the molecular structure of the stone in such a way it would eliminate the relationship with the magnetic field or with the gravitational field, thus causing it to elevate or levitate. This would be a process used in moving the stone.  In some cases those stones that were too large to truly be supported on barges and what have you would necessitate a constant activity as we have described it.