Anger and Enlightenment - An Even Closer Look
A+ A A-

Anger and Enlightenment - An Even Closer Look 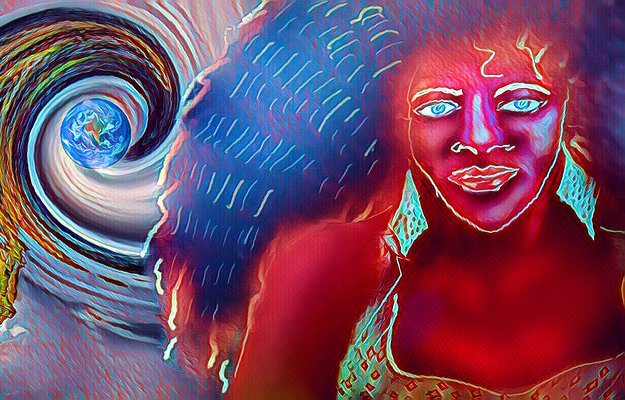 I have written in length about anger in the ascension, embodied enlightenment process.  But it seems many people are still experiencing various degrees of the emotion, and I wanted to bring more insight to the subject.

Most of us by now understand that as we integrate our higher consciousness, we are experiencing all the emotions more intensely.  But anger can be one of the most uncomfortable because it’s misunderstood.  Especially by those who have subscribed to the concept of what a so-called highly conscious person should look like.

Many of us have been surprised to discover that being more conscious doesn’t always equate to being patient, caring, understanding, empathic, or even-tempered.

In fact, it can be quite the opposite.  We can feel less and less tolerant of any energies that want to feed on us.  We become more sensitive to energies.  But the difference is now we are more discerning.  We know which are ours and which are not.  And essentially, anything that isn’t joyful isn’t ours.  It’s that simple.

We are in the process of integrating all of our aspects who have felt wounded, and unfree, from this and all of our lifetimes.

But there are still aspects of our human self that are feeling threatened by the free consciousness within our being.

FIRST, LETS LOOK AT THE WORLD…

First, let’s look out at the world of duality, where most everyone is playing.  We can see some of the male energies becoming angry, more resentful and aggressive.  They are becoming more and more insecure as they feel passed by in life.

As more women are seen as equal, socially, politically and in other areas of life, many men are threatened. They fear losing their identity that has been deeply entrenched for eons of time.

It’s why we are seeing an unprecedented number of political leaders around the world moving more toward authoritarianism.  It’s why we see more visibility of white nationalist groups, and anti-feminist groups.

And of course many women are also threatened, because they fear the changing landscape would cause them to lose the protection they enjoy from their male counterparts.

When it comes to our mind during our awakening and enlightenment process, it too feels threatened and, consequently, angry.  It can’t easily reconcile the changeover from a mental, logical, controlling (masculine) perspective to a more expansive, intuitive, allowing, and sensuous (feminine) perspective.

And if we go deeper, we see that the anger is a coverup for a sense of feeling abandoned.  The masculine feels abandoned by the feminine.  And underneath that sense of abandonment is feeling unworthy.  You can read more on the origin of that galactic story in my post, The Real Story of Adam And Eve, HERE!

So, our mind, which has been operating primarily in a mental and laser-focused, hard-bed reality for such a long time, is being asked now to give the reins over to a presence that it hasn’t trusted for a very long time.  It hasn’t trusted the feminine presence.

Can you feel the resistance?

Many of us have gone through years of a challenging process of transforming from a singular human to a multidimensional being.

We like to believe we are more than ready to let our soul lead us in life, even those of us of the female gender.  But when the rubber meets the road, we are still reluctant to trust totally in the presence of a soul that seems to have predominantly feminine qualities.

How can we be expected to relinquish our health and well being to something so nebulous as a soul that we can’t even see, or touch?  We are more apt to trust other humans first.  Even if they have no clue what enlightenment is all about.

How can we expect to just do nothing?  To just allow.  Allow what?  Allow our body to rebalance on its own?  You’ve got to be kidding! How does that even work?  Where’s the manual? The 20 step program? Where’s the proof?  The hard-bed, scientific evidence?

“Allowing and receiving sounds a little too passive for me,” says the mind.  Passive is really more a feminine quality.  So the mental, male aspect of us, our mind, begins to feel  defensive, and angry.  The old story with all the wounds begins to emerge more than ever, in which the male and female are at odds with one another, one not trusting the other, and the other that keeps giving into the lack of trust.

Our heart, however, trusts our soul, but it tends to give into the mind’s need to control.  It often feels overpowered by the mental perspective.

We want to trust that we can have all of our human needs and desires come to us with ease, and they can.  But we keep getting sucked back to the mind’s sense of pride.  It doesn’t want to become irrelevant.  It’s still kind of angry about not feeling worthy.

Yes, the mind still has its issues.

The human personality, which has defined itself primarily as a body and a mind, does not feel worthy.  And that’s because it has been trying to figure life out without the benefit of the soul’s perspective.

It seems the final part of this whole process, no matter what is happening in our life, is to actually let go of the mind’s control over our life.  Not to push the mind away, but it does mean stepping into unchartered territory for the human.

And, the good news is, we have been doing just that.  It’s been gradual, but it’s happening.

Many men in 3D are beginning to recognize the benefits of having more women share the responsibilities of life in the workplace, and even privately.  He starts to notice that her perspective has a great deal to offer.  So he begins to adapt more of her perspective.  Allowing himself to be more intuitive.  He even exhales and allows her to take charge.  It’s a real welcome relief for him.

And for those of us who chose an accelerated path, one in which our lives seemed to have fallen apart, we are emerging stronger, more confident.  We begin to see that strength is not about trying to make things happen.  It’s not about always controlling, analyzing or pushing.

it’s about just being in life.

Our dear mind begins to recognize that its role is changing profoundly in all of this.

ITS ALL ABOUT ACCEPTANCE

Yet, as we accept the anger, the anger toward the feminine, toward that seemingly elusive part of us, it slowly gives way to feeling at peace with all aspects of ourself.

But, please don’t try to push it.  If you are feeling angry, allow it to be, don’t judge yourself for it.  You can express it safely, and know that it’s a natural part of this transformation.

And, even if we became totally integrated tomorrow, we would still have our moments of impatience living in a world that still looks outside for its energy, and its joy.

And, by the way, being worthy of a joyful, healthy, prosperous life doesn’t mean we become worthy after we clean up all our issues.  Our soul doesn’t have any issue with any of our issues.  She is completely o.k. with them.

She loves us just as we are right now.  She sees us as already worthy.  Imagine that!

We have 2002 guests and no members online