Energy Update: Healing Trust Issues
A+ A A- 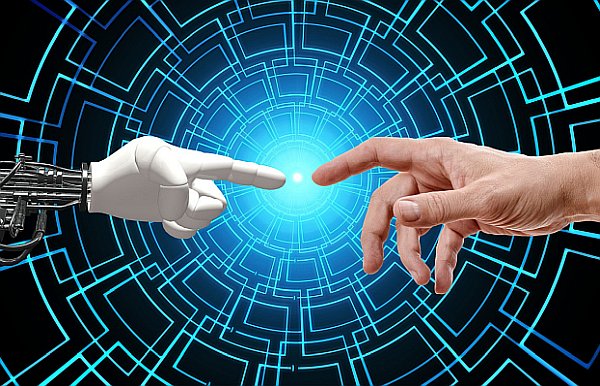 There has been a lot of research in artificial intelligence. And, the operative word is artificial. Not real. Most people don’t know it but the human mind is also not real. And therefore intelligence is already artificial!  There is intelligence, and there is knowledge. And there is a huge difference between the two.

The push to get smarter, to be more intelligent than a computer is a big story. To have a chip implanted in the brain so humans can access information instantly is very appealing to many people. Some for personal and some for financial reasons.

Instead of having to carry around a smartphone, or an iPad, soon you can have a tiny chip implanted in your brain so that you can be an extension of your devices. We joke about our devices being an extension of us, but….

Not that it’s all bad.  Technology is here to serve us.  And in that respect it has its own consciousness.  Everything we see in this physical world, animate and inanimate objects, are creations that came from consciousness. Technology has many benefits, provided it’s kept in proper perspective. But this push for super human intelligence, without the benefit of the soul never ends well.

I have described what happened in Atlantis. How the human mind was experimented on so that humans could become more uniform. But we didn’t understand at that time that we were souls having a human experience.

We made the mind our identity, and gave it full authorship over our life.

That altered mind became susceptible to hypnosis. It was easy to make people want to fit in. To be a part of a community, family, or other groups. That in itself is not a bad thing. But it discouraged people from being different, from thinking outside the box.

Now with the push for artificial, super-intelligence, it’s another opportunity for the mind to run amok.

Some people are against the chip idea because they believe that people could be secretly programmed by those who do not have our best interest at heart.

Yes, that could happen. But those concerned people need to realize that humans are already programmed by their own mind. That the human mind, the human personality, is the made-up version of who we are.

The mind was never meant to become our identity, but was originally designed to be a support system for the soul.  It was designed to help navigate this reality and to perform technical functions.

it’s original purpose was to serve us.

But if humanity does not recognize the soul, and people believe they are just their body and their mind, then they will believe that they must improve upon their human self.

And, that will get humanity only so far. Because if they don’t recognize their eternal self, they will inevitably lose all of that….because the human form has a shelf life.

And that brain, with all of its stored information or its ability to access information via a computer chip, does not leave this planet. It dies.

The soul is actually not intelligent, at least not according to human standards. It’s simple and child-like. And at the same time it is a massive creator-god.  That’s not an easy concept for a left brain, mental world to grasp.

We all know how distracting the mind can be in this transformational process. It tends to overthink everything. It tries to control our enlightenment. It has so many questions.

And that mind chatter stops the flow of energies. The analyzing, the over thinking, the worry, the fear, the doubt. It plugs up the system. It causes energies to become stuck.

The biggest obstacle in our enlightenment is resistance from the mind.

That resistance is like gunk that plugs up your plumbing. The water stops flowing eventually.

Many people on the ascension path are concerned because they say their memory is shot. But that is by intention. We are being purged of our old story. We don’t need to know details from our part, or even from an hour ago. Whatever we need to know will be available to us.

Our soul has preserved the wisdom from all of its lifetimes here in Planet Earth.

We will be relying on our soul’s wisdom more and more. And less on our intelligence. We will be developing sensitivities to other dimensions. We will just know things about people or situations.

Wisdom takes the place of smarts.

We are being infused with the wisest, and the most capable aspect of ourself. Our limitless self, our eternal self. That self isn’t interested in memory recall, or I Q, or facts and figures.

It knows that everything it needs will come at the right time and in the perfect way.

So if mankind continues perusing intelligence over wisdom, will we experience another Atlantis? No, we won’t. And that’s because the energies have shifted dramatically on the planet since then. There are enough of us here now who are helping shift the balance on this planet from a mental-based to a heart and soul based reality.

In a few years something extraordinary will be happening.  The soul will have the option to infuse itself in a biological form created from 3D printers.  Nanotechnology is already being explored.  Parts of the human body are being replaced by this technology.

The benefit of this type of expression of the soul is that it will have the option of a body that doesn’t have to go through the iterations of aging, and have to deal with all of the ancestral limitations.

These bodies will be available as an option to natural birth through the female reproductive system.  Parts can be easily replaceable, and they can be shut down by the soul when it wishes to leave.

Ok. This sounds both surreal, si-fi.  And for many people, sac-religious.

Those who are religious oriented will say that there are those demons walking around as robots.  Which is ironic because we already have that.  Well, they are not demons, but they sure act like robots.

But we probably won’t see this in our lifetime.

So technology has allowed us to connect with each other, as people from all walks of life and from all parts of the globe.  It was designed especially for us because we knew we would need to connect and share our experiences with kindred souls in this often lonely and arduous process of enlightenment.

And the future of mankind will depend upon whether it embraces spirit.  And it’s exciting to be a part of that future, as we embody spirit in our own lives.

Image Credit Poxabay.com
© Copyright 2019 Maria Chambers, all rights reserved. Please feel free to share this content with others but maintain the article’s integrity by copying it unaltered and by including the author and source website link: Maria Chambers. source

Divine Mother: The Speed Of Your Journey Will Amaze You

The Presence of Everything by Archangel Raphael

We have 1546 guests and no members online

We have 1551 guests and no members online